Holiday gifts to get your developer friend in 2015

It is coming up to the holiday season and many people out there have no idea what to get for their developer friends! A lot of developers also don’t know what they should ask for, so here’s a last minute list you can give your friends and family. 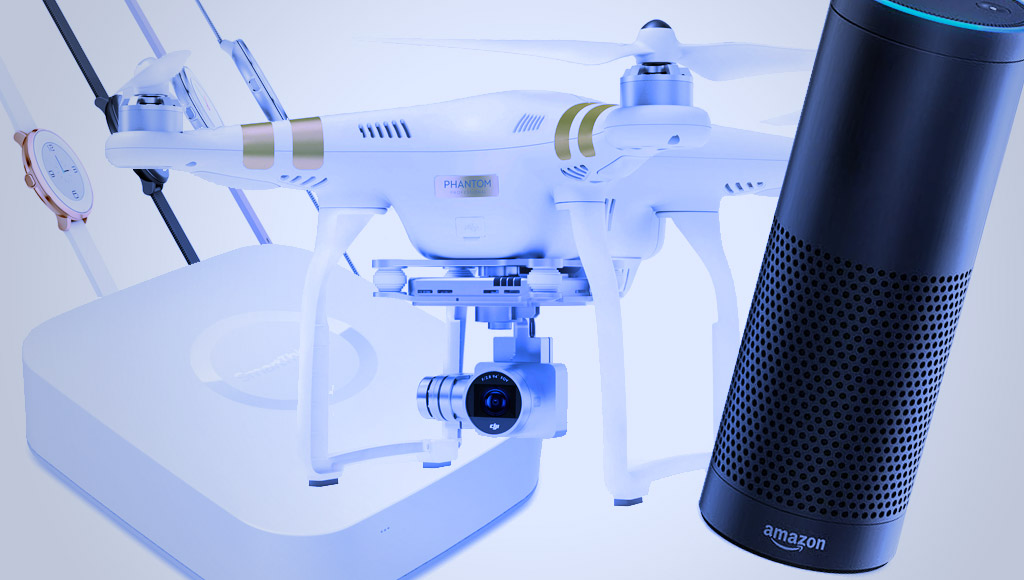 Below I’ve got a list of devices, links to developer information on them and some Amazon links to purchase them (these are my own Amazon affiliate links – feel free to purchase the devices elsewhere if you’d prefer!).

The Amazon Echo is like having Siri or Google Now’s “Ok Google” personal assistant, just within a self contained device. You can ask it plenty of questions and it will retrieve that info from the web. As it is an Amazon product, you can even ask it to order you things and have them delivered to you automatically. Pretty neat right?

This is my top pick for the most exciting bit of tech that is out right now for developers. My eagerness for the Echo could very well be because I cannot get one myself (they aren’t released in Australia just yet and from what I’ve heard, you’ve gotta do a bit of a workaround to be able to install the Echo app if you aren’t in the right regions?). Another reason for my recommendation is that the Echo’s compatibility with other devices is growing rapidly. The Echo is becoming a really good option for IoT developers who are eager to control their creations via voice.

The SmartThings hub appears to be the hub with the most substantial list of compatible devices and from what I’ve heard is the most reliable IoT hub in the market right now. It can connect to smart bulbs from a variety of manufacturers, smart thermostats, webcams and plenty of others. Developers can also work with the SmartThings API and with IFTTT to get custom actions happening for devices that aren’t officially supported too.

This is another piece of tech which I’m very keen to get personally. From the Aussie perspective, it ships here internationally via Amazon but I’ve heard that there may be a proper Australian release, so I’m holding out for that. If you are keen on starting to experiment with home automation and the IoT, or you are buying for someone who you know has been keen on it – the SmartThings hub is the way to go!

Drones are the big option for adults and children alike this year. Who doesn’t want a drone by this point? I’ve been restraining myself from a drone purchase due to the incredibly large amount of other tech I’m saving for but I’m certain developers out there would be incredibly keen to have one! There are a lot of drone options this year, but for developers out there looking for ones with an API that they can tinker with – the Phantom 3 Professional, Phantom 3 Advanced and Inspire1 Beta firmware support the DJI Developer API.

If you are completely new to drones, maybe get a really cheap one too so you (or your developer friend) can learn how to fly them first! A cheaper drone I’ve seen around is the Blade Nano QX RTF Quadcopter. However, I don’t think the Blade ones come with an API. I’ve got a few drones listed below from the least to most expensive. The more expensive DJI ones have 4k video (that’s tech talk for incredibly high quality video for those non-techies who’ve had this post forwarded to them alongside strong hints). Business Insider has a nice drone overview too!

Whilst the Oculus and HTC Vive headsets are not expected to be released until next year, there is a headset that is available before Christmas – the Samsung Gear VR. The latest version of this headset was just released this month (in fact, it was only just released in Australia today). It is a VR headset that works with the Samsung Galaxy Note 5, S6 edge+, S6 and S6 edge. If the developer receiving this gift has a Samsung phone already, this is a pretty inexpensive jump into VR! Otherwise, you’ll need to purchase a Samsung phone too. Whilst it is available on Amazon, if you’re in Australia, you’ll need to purchase it from them directly.

Note: Be careful when going and buying this one as the older “Innovator Edition” ones are still around – they’ve got different compatibilities with Samsung devices to this newest headset. Try to get the newest one (see links below).

Developers can then enjoy developing for VR with the Oculus Mobile SDK, Unity 3D and Unreal Engine 4.

Pebble released a range of new smartwatches with a colour e-paper display and a new interface this year. Their latest of this Pebble Time range includes the Pebble Time Round – a great option for those who really want a round and thin version of the smartwatch.

Developing for the Pebble is a lot of fun – this is the one product here I’m happily able to say I’ve gifted myself with earlier in the year! For developers who enjoy writing C code and/or JavaScript, look into the Pebble.

The Apple Watch, whilst not compatible with all smartphones and a tad on the expensive side, is a good choice for iOS developers who are looking to extend their apps onto a watchapp.

For developers keen to get into Apple Watch development, they can check out the Apple’s WatchKit SDK.

There is a huge range of incredibly exciting tech gifts out there this year. There are plenty more that I haven’t included – feel free to mention any of your favourites I’ve missed in the comments!