A glimpse into an augmented fashion filled future

Saturday, May 5th, 2018 by Patrick Catanzariti

Find your current shirt a bit too… flat? Plain? Not interactive enough? Never fear! Patricia Haueiss, an active member of the Australian VR/AR community, put together a prototype for augmented reality fashion. Here’s her story! 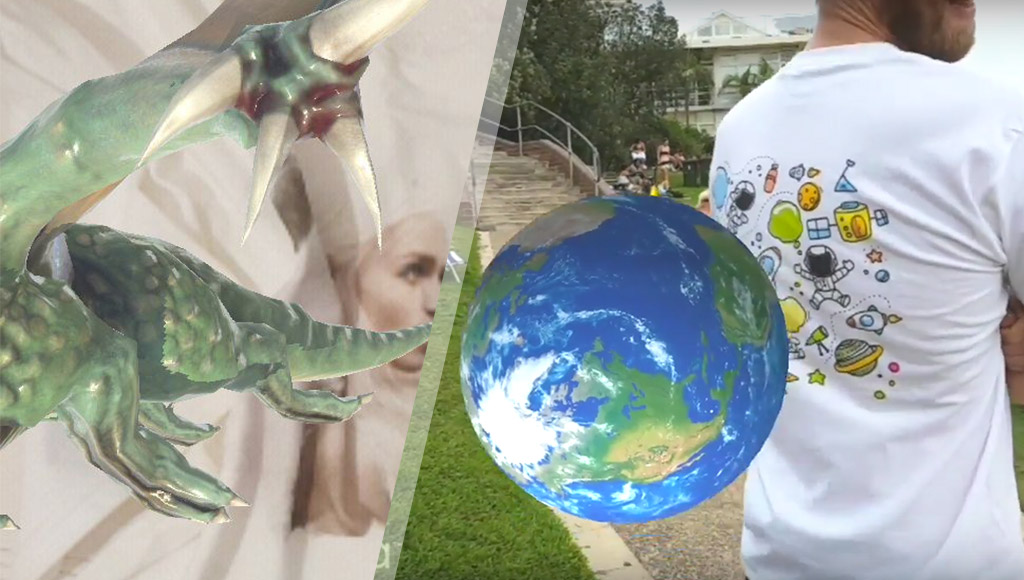 While producing the short film EMMAR (expected to be released in the second half of 2018!), Patricia Haueiss remembers spending time brainstorming possible applications of AR in daily life scenarios. She says, “the more I worked on the film, the more I wished those use cases actually existed. So I decided to go from ideation to prototyping.”

She jumped straight in and just tried things out. Learning as she went.

“After already being involved in AR/VR for many years, I simply started researching appropriate technology and tools behind it. I watched many tutorials and experimented for weeks on how to get this project alive.” — Patricia Haueiss

Her tool of choice? Unity! Coupled with Vuforia for marker tracking.

One of the hardest things with augmented reality development that I’ve seen with new developers is working out how to create markers that actually work in a range of situations and scenarios. Patricia had the following tip to share:

“Make sure to use designs that can get tracked easily – that’s ideally sharp, spiked, high in contrast and non repetitive images.” — Patricia Haueiss

Test those markers in the real world

Patricia does have a horror story around markers to share too… a lesson in how important it is to test your markers in a variety of lighting conditions and locations before getting into more expensive printing!

“After spending weeks on getting the actual experience working on Unity and running on my phone as well as testing hundreds of targets, I ordered t-shirts with the best performing targets from a printing company – the initial enthusiasm once the shirts arrived vanished quickly when I found myself in front of clothes that had massive tracking difficulties. Most of them were useless. I checked the images beforehand, but only digitally. They performed way different compared to being placed on actual material. Constantly varying outside lighting and colouring also influences the tracking success significantly. Just taking the paper-printed targets outside for some tests in the real environment would have saved me a few weeks.”

The challenge of clothing

When it comes to clothing, it can be a challenge as clothing can bend and fold. There are a lot of variables there! Patricia has handled some of these difficulties and sees the tech advancing nicely.

“[Material can be] definitely limiting. However, for certain targets this is less of an issue. More advantageous images like the ‘khaleesi’ image are less prone to tracking errors even when folding or covering parts of the image. It provides many anchor points for the tracking which makes the experience more stable. That being said, computer vision enabled tracking technologies have a bit to go until a seamless experience is possible. We are 80% there I would say.” 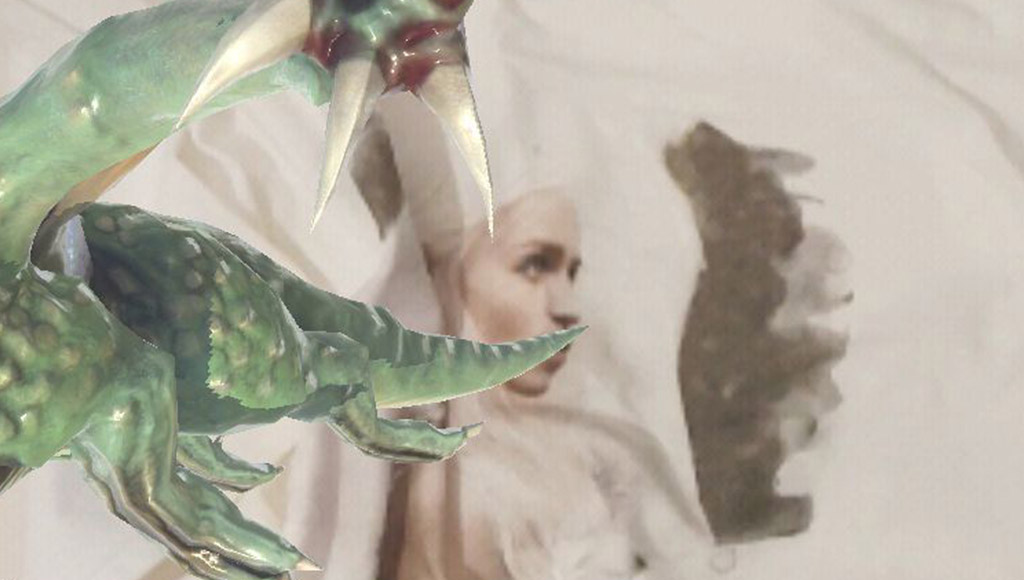 When it comes to this sort of project, Patricia recommends starting small and making your way from there:

“I suggest to start with a very small part first and get this working so you don’t get lost in details which cost too much time.” — Patricia Haueiss

Also, don’t be afraid of what you don’t know. Get out there and use the power of tutorials and online courses:

“Embrace the availability of tutorials and online courses. Think about the target group, when creating fashion for designers as targets and augmented animations will differ from educators, to gamers or young girls”

One augmented fashion example from the video!

Huge thank you to Patricia Haueiss for taking the time to share her experience so far! She’s on the lookout for funding at the moment to turn the prototype into a full product. If there is someone interested in partnering up to create unique fashion experiences, please get in touch with her!