Wednesday, May 2nd, 2018 by Patrick Catanzariti

Adam Debreczeni, Mapbox’s AR Lead and co-founder of Fitness AR (recently acquired by Mapbox!), has lived in the emerging tech industry for quite some time. As Mapbox continues to empower more developers in AR with their SDKs, I thought it’d be good to chat with Adam about the industry and get his tips on it all. 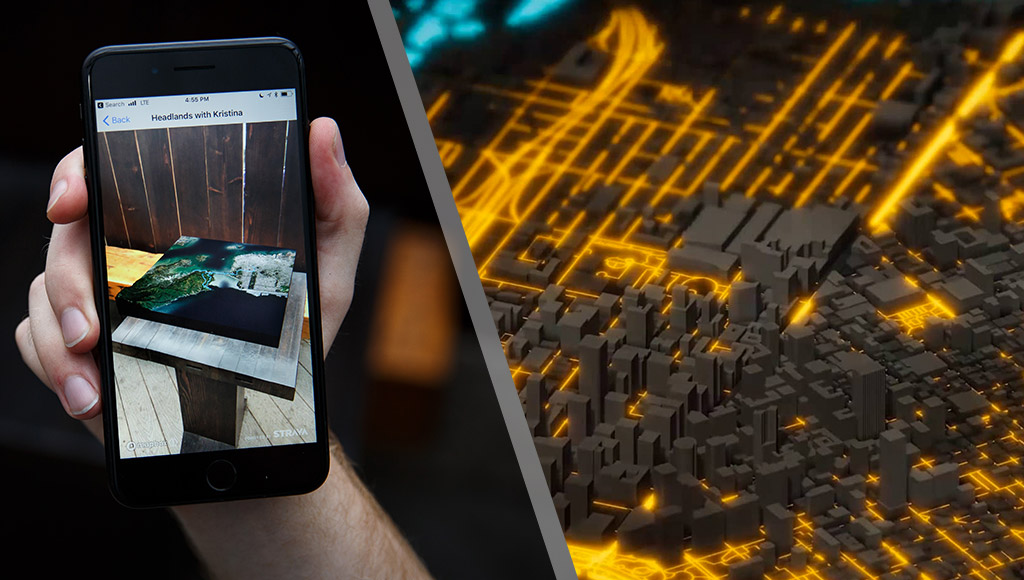 1. You’ve had a big focus on AR, with both Fitness AR and now being lead of Mapbox AR — how’d you get into AR and what brought you into it?

I’ve always been about 60% designer and 40% engineer. When the first virtual reality headsets started coming out, I was immediately interested in the unique challenges from a design perspective. I found it interesting to try and design for users that can’t see the world around them, but soon realised the downsides of feeling completely removed from the world.

At that time, augmented reality seemed worlds away – until Apple announced ARKit and Google announced ARCore. All of the sudden designing for AR became easy, and there were hundreds of millions of existing devices to design for. Building FitnessAR stemmed from just wanting to play around with all the possibilities enabled by these SDKs, and when our initial demo gained traction on Twitter, we realised we may really have something here.

2. What makes AR a good fit for Mapbox? How do the two link together?

The way we think about it, AR has traditionally been an indoors experience, and doesn’t really have awareness of its surroundings.

“At Mapbox we see a huge opportunity for AR to be brought outside, into the real world. We’re all about adding as more context to users’ AR experience, like creating walking directions that show you exactly where to turn on the sidewalk in front of you.”

3. Mapbox has a Maps SDK for Unity. How do developers get started with it and what sort of stuff can they do with it?

The best way to get started with Mapbox and Unity is to download the free SDK and play around with it. We’re seeing a lot of traction from game studios using it to create games based on location data and a real map – and the opportunities are endless. People are using the Unity SDK to explore really rich datasets, and its producing awesome work.

4. What’s your favourite use of the Maps SDK for Unity so far?

I’ve always been a really outdoorsy person, so I love playing with the terrain data we have. A lot my motivation behind FitnessAR came from wanting to explore the cycling routes I was familiar with from a different perspective, and AR let me do that from a bird’s eye view.

“At Mapbox we have 10 meter accuracy for most of the world. You really have the world in the palm of your hands.”

It’s also cool to see areas traditionally difficult to navigate become easier – we can tell you the hotel you’re staying at in a remote village in France is up an old set of stairs and to the left, while projecting the actual directions.

5. Do you have any tips for developers wanting to get into AR?

I’d recommend learning Unity through their basic tutorials to get started in AR. It’s by far the most popular tool for AR and VR experiences, and the tutorials make it easy to understand.

We also live by the book 3D User Interfaces: Theory and Practice as our bible for designing in non-traditional environments. Everything is different in AR and VR – you have to account for motion sickness in VR, readability issues in AR… our interactions with this technology are all very new. We want to exercise control over the phone-based system we are interacting with, while still trying to make it a human experience. It’s a unique channel, and 3D User Interfaces really helps identify and address these issues.

6. Do you have any horror stories or things that have gone wrong when building with AR so far? Any tips for how developers could avoid the same issue?

My biggest advice is to experiment a lot in these environments. Users are so new to AR and VR, so they need more hand-holding than they usually would. It’s hard to remember that what’s intuitive for some may not be for others, so you really have to walk them through the process.

7. Where do you see the AR industry going in the next few years? Any areas you think devs should be keeping a particular eye on?

I imagine AR headsets are going to be here sooner rather than later, and at a higher quality from the get-go. I predict in about two years, they’ll reach the same quality and cost that VR headsets had around launch.

8. Anything else you’d like to mention that we haven’t covered?

Overall, I think we have a lot to be excited about in the location data and AR space. They go together easily, and are producing really cool use cases. I’d definitely keep an eye on the space and recommend developers dabble in location data when they can.

Thanks to Adam Debreczeni for taking the time to answer these questions and give his insight into the industry! You can find out more about Mapbox and their SDKs over on their website! Go forth and build something exciting in AR!