How you can take advantage of the endless opportunities in AR

Pat Hull is a serial entrepreneur on a panel at Magnify World in Melbourne next month to talk all about investing in the VR/AR space. He was kind enough to take some time out to talk about VR/AR’s potential and give his advice for budding VR/AR entrepreneurs. 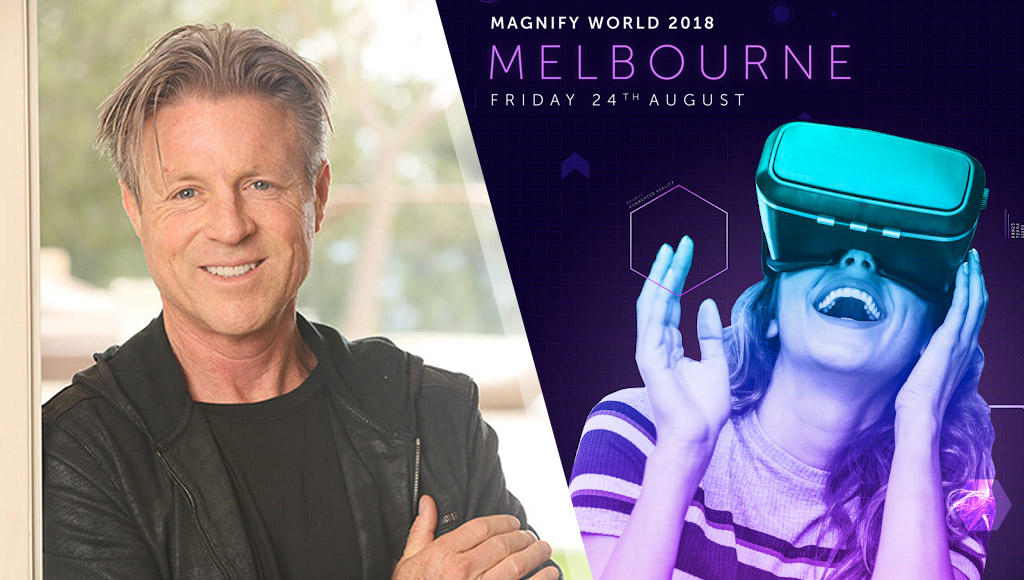 The most important take away, I’m going to lead with — because it’s something I really believe too:

“The AR industry is still in its infancy. We will see an explosion of solutions over the next few years. There are endless opportunities in this space. It is definitely not too late to enter this market.” — Pat Hull

There are opportunities galore right now in an industry that’s just waiting to explode. Don’t hold back and feel like it’s too late. As Pat Hull said, there are endless opportunities!

Pat is pretty excited by the AR ecosystem that’s emerging, he says that “right now it is such an open market” and that it reminds him of the early days of mobile app development. He has seen a lot of interesting AR developments, “especially in the military space”. He continues, discussing the AR app potential that has him excited,

“Augmented reality applications that add layers of data-rich content over the physical space such as equipment and engine facilities maintenance apps. These apps allow a repairman to ‘see’ schematics of the inner workings of equipment and machines without carrying around maps and manuals around with them.”

He also sees AR’s potential in the entertainment industry, he mentions one app in particular:

“A company called ARIVAL has been developing an app that engages sports fans in stadiums and via interactive TV using augmented reality to visualize player data while offering fans the opportunity to win prizes.”

There’s a lot of potential here!

What if you have an idea?

If you have an idea bubbling up in the VR/AR space, but you’re working full time, how do you get it to become a reality on the side? Pat’s advice, “burn the midnight oil and develop a cool product. Then test the product it on a small scale and get some feedback from users. If people love it, shop it around for some investors. Conferences like Magnify World are a great way to find potential investors.”

What if you have a prototype?

If you’re already at the prototype stage and think it has potential to become a bigger thing, what’s the next step? As an entrepreneur and investor, Pat provides this advice:

“If the prototype is at a stage considered to be a minimum viable product, then market the product on a small scale and get feedback from users. Then determine if you have something people really want. If so, decide if you have the resources to invest in further development or need to raise capital or partner or license the technology to a company that has the resources.”

There’s a lot that has been overdone already in the VR/AR space, so I asked Pat about that too. Is there anything that has been too overdone in VR/AR? What’s the best approach here? His response:

“While there are plenty of opportunities to improve upon products that exist already in the marketplace, my best advice on this is to take a look around and see what others are doing and don’t do that.”

“Get creative by simply asking what problems exist that need a solution that you don’t see others addressing. The market is very young and there is tremendous opportunity in the coming years.” — Pat Hull

Pat also has one piece of advice for those who might be facing a very common entrepreneurial mistake — trying to be and do everything:

“Often new companies try to be and do everything. New companies must focus on a small niche and grow the company. Technology companies are very expensive and can burn through money very quickly when there are no or little revenues. If you have investors, they will want to have some expectation when you will become profitable. Some entrepreneurs fall in love with their product to the point they can’t or won’t get to a minimum viable product stage to even market test the technology to see if the market even wants it. This is often how you see entrepreneurs lose their companies to the investors.”

There is a lot of value in networking and meeting others, so I sought out some tips from Pat for budding entrepreneurs coming to Magnify World and other conferences. How can entrepreneurs make the most of it from a networking perspective? Here are his tips:

That’s some valuable advice right there!

A big thank you to Pat Hull for taking the time to give his advice and tips for entrepreneurs and developers in this space! He will be at Magnify World on Friday, 24th August in Melbourne. Tickets are still available for this really exciting event, so get yours to hear more valuable advice from Pat and others in the industry!