This week, Google brought Street View into Google Earth VR, a robot arm is now DJing, Oculus had a patent for a VR headset that’d work on both PC and phone, and the first Magic Leap headset was revealed! What an end to the year! Happy New Year everyone! 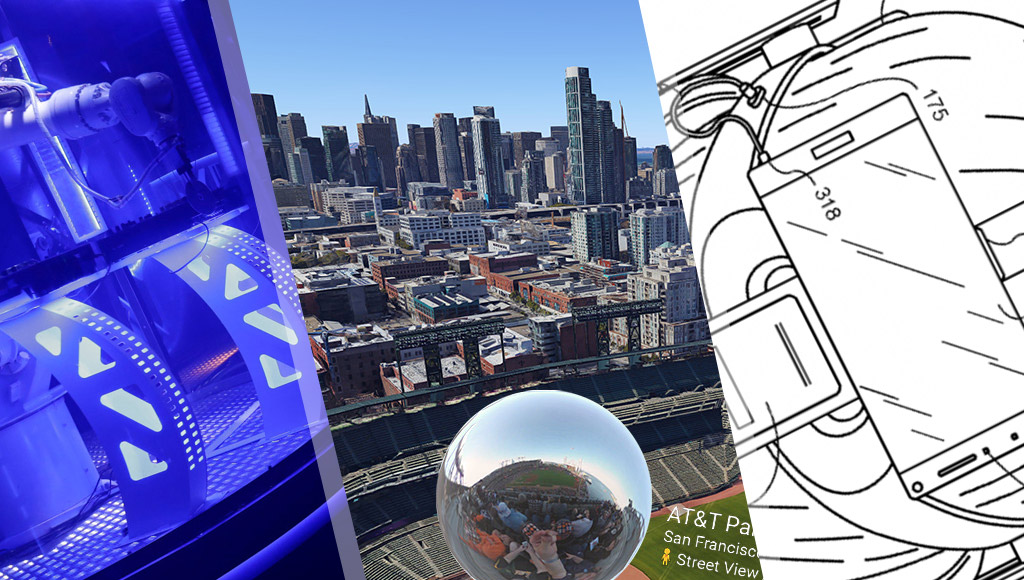 My fun, relaxed, light-hearted online course is coming soon! No matter your skill level, it should help you build a virtual assistant/chatbot 🙂 Pre-register and I’ll give you a discount code when it’s out as my way of saying thanks!

A patent published today but filed in 2016 shows a convertible headset that can be powered by either a PC or phone — a pretty neat idea!

These haptic gloves will enable you to feel things that you touch in VR.

Facebook’s “Spaces” now works on the Vive too!

How to shoot 360 video: Tips and tricks for becoming a regular Spielberg

Some handy tips for those looking to get started with 360 video.

5 questions answered about the Magic Leap One (and 2 we still need answers for!)

The Magic Leap One headset has been revealed! It’s rather steampunk-like. Here’s a look at what we now know about it and what’s still uncertain.

For comparison, here’s a look at the concept Magic Leap were showing in 2013, it looked more… sporty.

Building the ‘AR-cloud’: Part one

This group is building a realtime, 3D map of the world.

It now uses ARKit for those on iPhone wanting fancier Pokémon Go.

11 year old Harrison has Duchenne Muscular Dystrophy and wasn’t able to easily visit his grandfather, so this group brought the two together in AR.

A nice example of using emerging tech to bring smiles to those in need.

Attach this $449 camera to your Vive or Rift and give it the power of AR!

This 3rd grade class went nuts for AR and VR

How a father and son explained VR and AR to a 3rd grade class.

Smart speakers to outsell wearables during US holidays, as demand for wearables slows

That’s the prediction anyway, we’ll see! One of the comments points out that they don’t mention the Apple AirPods — which is selling very well.

That’s quite a headline.

A nice collection of info on how to do things with the Fitbit Ionic.

A dance club in Prague is using a robot arm as a DJ.

AI is fueling smarter prosthetics than ever before

Some fantastic examples of smart prosthetics in this piece!

Why you want blockchain-based AI, even if you don’t know it yet

Some really intriguing concepts in this piece, worth a read!

Can a dreaming AI fix low res digital photos in the edit?

Inside “Fin”, the elite human/AI assistant

“For $1 a minute, 24/7, Fin gets your digital chores done. Message, email, or speak a request and a real person will snap into action, augmented by a machine intelligence toolkit built from all the tasks Fin’s tackled to date.”

4 predictions for conversational AI in 2018

A few small predictions from VentureBeat.

Their new technique takes the best pieces of two of Google’s previous speech generation projects: WaveNet and the original Tacotron.

Choosing the best language to build your AI chatbot

Spoiler: Python is the best language.

How to unmask AI

A piece on finding our way to more transparent AI, rather than black boxes.

There’s a new Humble Bundle Maker pack with a range of books that’ll be all over in about a day!

This is a pretty entertaining article: “My dad was the more skeptical of the two, but was very happy to make multiple Febreze jokes. Once we had it working, my mother gleefully informed the two of us that she finally had someone who would listen to her every command.”

All About Circuits open up Samsung’s SmartThings Hub and a Water Leak Sensor!

Towards low-power wearables: a new biopotential and bioimpedance sensor from Maxim Integrated

The AI-powered video camera and security platform has been purchased.

A look at “the basics of OTA firmware updates and how they are transforming the future of IoT products”.

3 co-located events. 15 conference tracks. 9,000 attendees. 300+ speakers. 300+ exhibitors. It’s all happening in London in 2018! Use the discount code DEVDINER20 to get a good deal on your tickets! They have a a free track on AI for developers too!