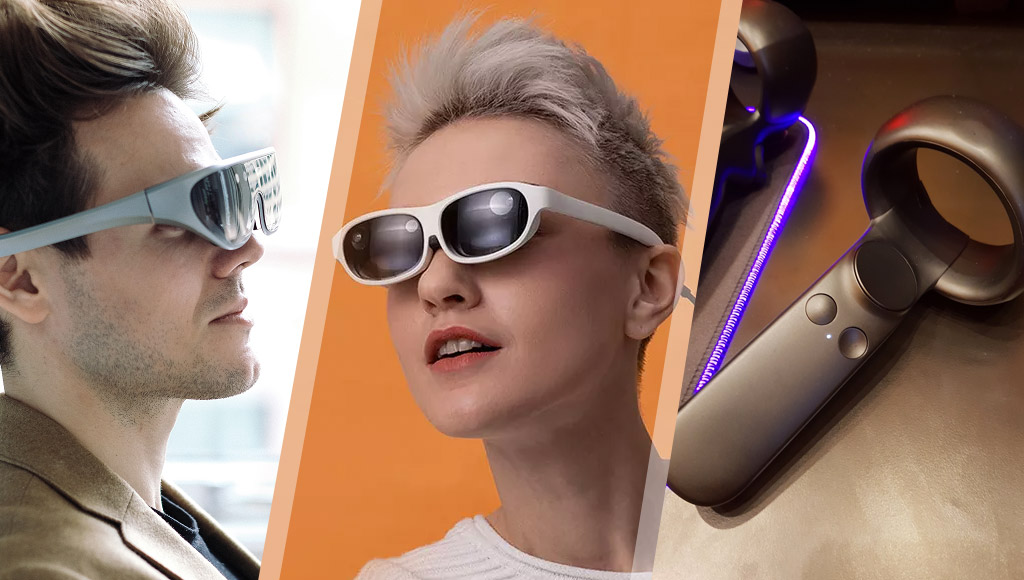 Nominate your emerging tech inspirations of 2018!

Extended for one more week! Nominate and show your appreciation for someone who has helped you in your emerging tech journey!
Dev Diner has a yearly tradition where we ask for nominations for those in emerging tech who’ve inspired you in the year gone by. Help give a bit of recognition to those who really deserve it for their efforts in 2018. We like to highlight those in the industry based on the community’s nominations, rather than any judgement calls of our own. Show your appreciation by heading here and nominating a person or two!

Want me on your team this year? I’m available!

I’m on the lookout for a new full time gig as a creative technologist! I can help your company even if you’re not in Sydney (I can remote work!). Looking for a role in VR/AR (WebVR/AR is especially exciting!), conversational apps and/or other emerging tech. I want to do things that haven’t been done before with a great team. Feel free to reply to this email if you’ve got something in mind!

Rec Room has been installed on over 1 million VR headsets so far — that’s a pretty solid number!

They’re super elaborate and bring a level of VR we can’t do yet at home.

With higher and higher resolutions on the way, finding ways to only render what people are looking at in full resolution (foveated rendering) is a necessity.

Qualcomm’s new VR headset looks pretty similar to the HTC Vive Cosmos headset from last week’s newsletter, so it could also reveal more about the Cosmos.

All you need to know about the Vive Cosmos

Tony gives the lowdown on all you need to know about the Vive Cosmos after CES 2019.

How to push the limit of Kandao QooCam

Doctors are using VR to study 3D models of tumors

A new virtual lab will use VR to build 3D models of tumor samples, providing a new way to look at cancer.

TPCast Air for Enterprise will enable wireless streaming from desktops to multiple standalone headsets such as the Oculus Go.

Public Homes on the Rift allows users to open up their private virtual spaces online and they can stream the experience to Facebook Live.

The Nreal glasses show a whole lot of potential in a pretty compact form factor!

It sounded like Meta was done for this week, but there are signs of a potential bouncing back too… all in one week! They’ve got a bunch of pressure from a pending lawsuit though.

The founders of Layar, which was sold to Blippar in 2014, are one of the bidders for Blippar’s assets now that Blippar are selling off their assets.

One of the big early pioneers in AR tech, Osterhout Design Group (ODG), is reportedly going out of business too.

Realmax Qian is a light, fully wireless AR/VR headset with a 100-degree FOV

“A 27-inch transparent LCD on the door of this concept oven can show you what rack to use, zoom in on your food and show you next steps”.

It’s a smart mirror for salons, hotels and homes.

MixCast Moments are designed to help gamers easily create mixed camera MR videos to share socially and will initially be rolled out to VR arcades.

These headsets connect via USB to a user’s phone to deliver AR, so it can do things like Fortnite.

“The goal of the X2 was to integrate SLAM into a small glasses form factor — that is the future of making MR glasses mass produced.” — Nick Cherukuri, founder of ThirdEye

It’s quite neat to see some gyms and studios getting into emerging tech.

There’s a leak of what could be the next Samsung Galaxy Sport.

It’s now waterproof, has better battery life but is a bit bulky.

VentureBeat has a list of top products for each ecosystem from this year’s CES 2019.

Tellables unveils its lineup of virtual storytellers at 2019 Alexa conference

“AiFi’s new NanoStore is a tiny storefront packed with sensors that enable a cashierless experience akin to Amazon Go”.

Mathematicians discovered a computer problem that no one can ever solve

Quick, remember this in case we need something to give evil robot overlords so they do that sci-fi thing where we stump them and they shutdown.

The KettlebellConnect can dynamically alter its weight and resistance by rotating inner cores, ranging from 12lbs to 42lbs within the same device.

It’s a shopping cart with a built-in barcode scanner and credit card swiper that can soon automatically scan items dropped in using three image recognition cameras and a weight sensor.

Google Assistant takes the fight to Alexa at CES

A lot of Google’s assistant was around at CES — they’re definitely a solid competitor to Alexa.

That solid competitor thing… it’s got a lot to do with the fact Google’s Assistant is on a whole lot of phones.

It’s like a targeted ad delivered straight to your house.

“A new program at the research agency is aimed at creating a machine learning system that can sift through the innumerable events and pieces of media generated every day and identify any threads of connection or narrative in them”.

There was outcry about employees of Ring being able to see your doorbell feeds – Ring say that it isn’t true.

“The rings are embedded with Bluetooth transmitters as well as optical sensors, which tie a particular color to whatever sound you might like.”

Here’s a way to program Adafruit’s Circuit Playground Express using an Android smartphone or tablet while on the go.

Responsible IoT: how to keep your office safe from botnet attacks

A nice overview of a few of the common attack vectors and how to stay safe.

Add speech and text with the Arduino E-Z COMMS shield

This Uno-compatible shield gives a 16-character, two-line LCD in the middle with a stereo jack that can transmit speech to powered external speakers.

It’s compatible with the Teensy 3.2 and similar boards.

Temboo made a list of every IoT event and conference in 2019!

All About Circuits have a look at the IoT stuff from CES.

This could protect a bunch of cyclists from breathing in fumes.