This week, we had Pavlov VR Oculus Quest dramas, so many Oculus Quest announcements from E3, Jeff smash, spies may be using AI-generated display pics and more! 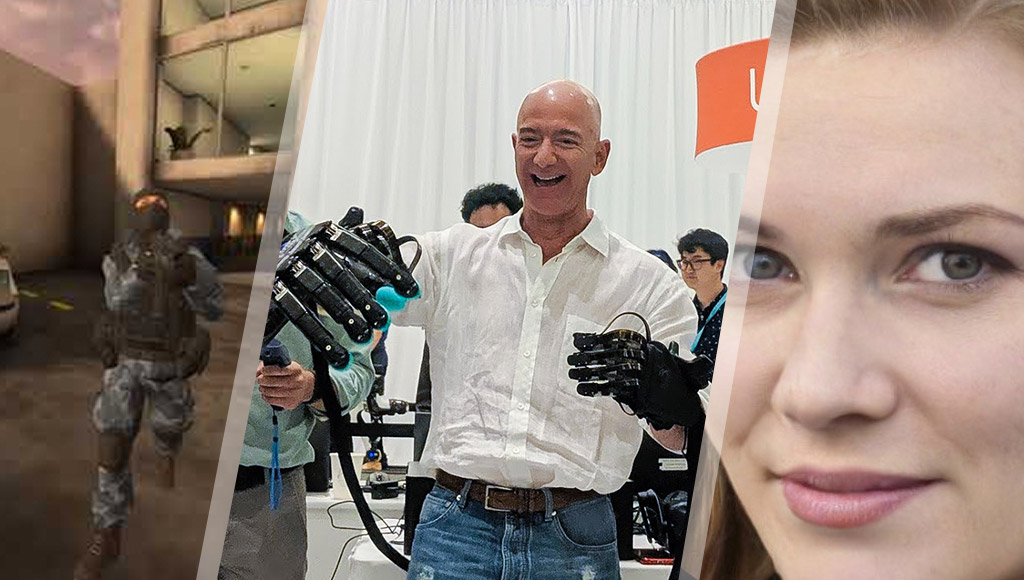 That’s a whole lot of Oculus Quest content sales — for those wondering, I believe this is a good sign that VR is not dead.

Pavlov VR coming to Oculus Quest after all

FPS game Pavlov VR was initially announced to not be coming to Oculus Quest due to “reasons out of [the dev’s] control” this week, but later in the week — all has been resolved and it was just “mutual miscommunication”.

When creating audio for virtual reality you have to take all the rules and techniques of normal stereo recording, and forget them.

“Researchers have found that a combo of VR and microscopy can reveal details of disease that you wouldn’t see in 2D”.

How VR was used to help design the glass office fights in “John Wick: Chapter 3”

It’s always really cool to see how VR is used to help in movie production scheming.

Every Oculus Quest announcement made at e3 2019

So many Oculus Quest announcements… this article from VR Scout is perfect for catching up! Things like Richie’s Plank Experience on the way, Imagine Dragons have songs on Beat Saber now, Arizona Sunshine is coming to Quest too!

Giving patients VR sessions before and during anaesthesia for orthopaedic procedures reduced the need for intravenous sedation.

Wear a bunch of trackers and have your movements tracked without needing a treadmill!

There is a guide on “Getting Started with Vive Cosmos Development” over on the Vive Developer Docs.

There are a whole lot of AR headsets to keep track of in 2019 and we’re not even halfway through the year! Thanks to everyone for the kind words about this article so far!

Researchers at Microsoft proposed a new solution where 3D map info remains secret but the camera position can still be worked out.

The Zoi Meet language subtitling service will come to the Vuzix Blade glasses.

“Blippar revealed that an update of its Blippbuilder AR platform, scheduled to arrive in July, will include WebAR, a toolkit for developing web-based AR experiences that customers can access through web links or QR codes.”

Hands-on: hands-on with Lenovo’s ThinkReality A6, a disappointing step back from augmented reality’s cutting edge

Sounds like the ThinkReality A6 is a headset to avoid.

“The iFalcon Face Control Mobile system pairs facial recognition software from developed by Dubai-based NNTC with Vuzix’s Blade smartglasses and a portable computer pack to serve as an integrated solution for police and security officers”.

This AI generated face might be the start of many fake accounts used to spy and mislead.

Researchers have been able to set up machine learning which allowed them to edit the transcript of a video and have the video adjust itself to match.

This system just might be able to translate between visual and touch signals.

“Facebook has unveiled an open-source simulation and dataset it hopes will help researchers create more realistic AR and VR, and eventually virtual assistants that can learn about your physical surroundings.”

Issues around cloud reliance, context, intent and more need to be addressed.

From Brueghel to Warhol: AI enters the attribution fray

This article looks at whether we can use AI to sort out confusion around who painted what.

It turns out the responses can be different between a Google Home and Google Assistant on smartphones.

“In the 2G era, storing 1,000 songs in your pocket was a big deal, but with 6G, your pocket device will wirelessly access human brain-caliber AI, anywhere”.

“Complete the Look” is a visual search AI that considers a person’s body type or the season and gives fashion recommendations.

“Researchers at IBM describe in a newly published paper an AI system that can synthesise image labels from only a few examples”.

How Amazon cloned a neighborhood to test its delivery robots

“Amazon used cameras, lidar, and aerial photography to build a highly detailed digital map of a Seattle suburb, where it is testing Scout, its delivery robot”.

Algorithm tells robots where nearby humans are headed

Predicting a person’s movement trajectory “can help humans and robots work together”. I’m sure that’s what you thought of when reading the headline too.

Previously, Alexa has been retrained entirely for every regional variant needed, but soon it might become a bit easier thanks to machine learning.

A lawsuit believes Amazon is in violation of laws governing recordings in at least eight states.

Researchers say “a handful of companies already dominate the market for digital assistants. The implications for consumer privacy are a serious concern”.

It’s starting with a US preview.

Rise and fall of the Jawbone UP24: the tracker that changed wearable tech

I miss this wonderful device I used to wear on my arm.

“Biometric-monitoring wearables are common for tracking everyday health — but can they monitor seizures?”

Their projects include an AI Skin Cancer Detector, an Idea Indicator Light, a River Flow Meter and a Companion Crowbot.