This week ramped up in terms of news once more with more discussion around AR headsets from Apple, Microsoft and, one new one, Sony! We’ve also got a jacket to help the blind feel sound and info on the potential PSVR 2. 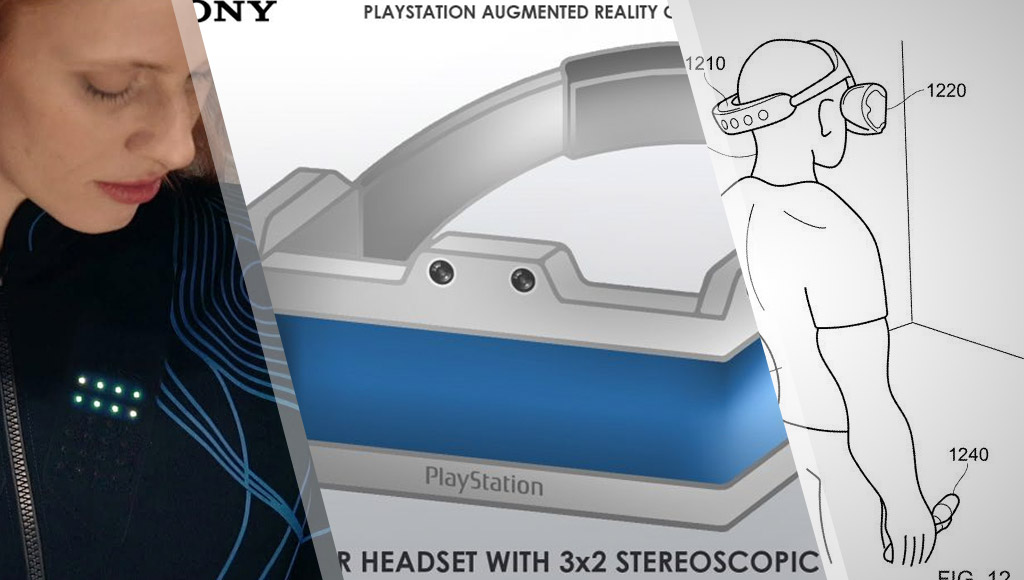 Design, develop, and deploy for VR

Oculus and Unity have joined forces to create a step by step guide to creating an immersive VR game in Unity. It is a really well put together course and it’s totally free!

Microsoft Flight Simulator VR support: ‘we will try our darnedest to make it happen’

The team at Microsoft are looking to make a VR flight simulator happen.

Sony patent may hint at features of rumored PSVR 2

“A seemingly uninteresting patent recently granted to Sony may reveal some features of the hotly rumored new PSVR 2”.

What operating rooms can teach us about ‘calm’ design

There’s a lot involved in building and maintaining another version of the game, so it won’t appear any time soon, but their team is keen to get it happening.

Crazy to think it has already been three years!

Let us connect some dots. Five years ago, Facebook acquired VR pioneers Oculus for $2 billion. This week, it snapped up neural-interface pioneers CTRL-Labs for somewhere north of $500 million, and announced that its own massively multiplayer VR shared universe Horizon will launch early next year. O…

Kuo: Apple’s AR headset to launch in second quarter of 2020

Apple’s augmented reality headset will enter mass production as soon as the fourth quarter of this year in time for an early 2020 launch if the latest rumour is to be believed.

Sony are getting in on the action too.

“Snap CEO Evan Spiegel on Friday said he expects it will be 10 years before consumers widely adopt augmented-reality smart glasses”.

This VentureBeat article asks — how is Pokémon Go doing so well while Wizards Unite and others are sinking lower and lower?

Is the world ready for virtual graffiti?

AR social platform Mark AR is one of many set to ask that very question.

Rumours that Microvision tech is a part of the HoloLens 2 are all but confirmed by the images we’ve seen by this point.

Location based (GPS) augmented reality on the web

Future of AR smartglasses: how they will become the way we view the world

A nice overview of where different parts of the AR industry are headed. If you’ve been following along with the newsletter each week, you’ll likely recognise most of what’s mentioned.

“If we want to design meaningful experiences in AR, we must understand and define what a computer sees and how it interprets that data”.

It looks pretty darn cool and could make concerts much more exciting for those who are hard of hearing.

Does my smartwatch’s sleep tracker actually do anything?

A valuable look at how smartwatch sleep tracking works and its downsides!

The state of machine learning frameworks in 2019

There are a whole lot of frameworks out there, this article helps get you up to speed.

A summary of lessons learned which others might also find useful!

The Autonomous Vehicle Computing Consortium was recently announced to help bring automous cars to the world.

If you’re considering working with computer vision at some point, read this article. It could save you some time. It’s such a simple thing to overlook but really common!

Here’s how Alexa learned to speak Spanish without your help

“Amazon has revealed a pair of system that helped Alexa hone its español (and Hindi, and Brazilian Portugese) using just a tiny amount of reference material.”

“Rasa recently detailed a conversational AI system capable of skipping irrelevant responses in dialogue, boosting the quality of its responses”.

Apple adds option to delete Siri history and opt out of sharing audio recordings in iOS 13.2

Similar to moves by other voice assistants, Apple has brought in more privacy measures now too.

AI weekly: in China, you can no longer buy a smartphone without a face scan

“China will soon require that phone customers submit to a facial recognition scan to verify their identity”.

Toyota want you to have a “true connection” with your car.

Doubling down: Google’s AIY endeavor leads to a brand new board

Google has a new Coral Dev Board and Coral USB Accelerator to help with AI prototyping.

Here’s how Amazon Alexa will recognize when you’re frustrated

The new tone-detecting feature will get triggered plenty by my Amazon Echo that’s for sure.

The US has blacklisted Chinese video surveillance, AI and facial recognition companies over “human rights concerns”.

The heads! They talk!

It is open source and able to be built by any curious musician makers out there.

All About Circuits looks at some ways companies are combining, developing, or expanding protocols to broaden IoT applications.

What is brown out reset in microcontrollers? How to prevent false power-downs

“Brown Out Reset is an important function to increase reliability of a microcontroller after start-up”.

They also have smarter charging and better links with Braava robot mops. One step closer to a smart home future that is actually smart.