This week, we’ve got New Bosch smartglasses that are like North’s Focals, Golf Pool VR (on the moon!), a new mixed reality headset, Oculus Quest is getting auto hand tracking and Kevin Bacon was wearing Nreal Light for an ad! 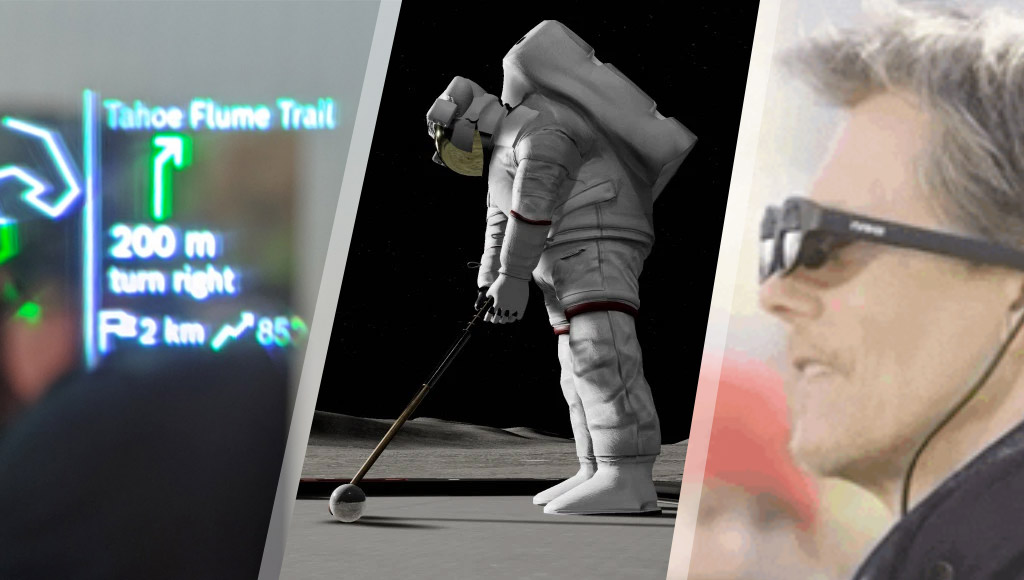 You can now switch to hand-tracking just by putting down your Touch controllers!

Wondering what you can try out that uses hand tracking? Here are your options!

A new version of SteamVR is pretty exciting, that’s what headsets like the HTC Vive and Valve Index use when connecting to your PC.

Hacking the Oculus Quest: how to show Android settings, alarm and more!

Here’s a bunch of stuff which Skarredghost has managed to do with the Oculus Quest.

This is a really curious use of the tech and brings up many questions — should we bring back the dead virtually?

If only Timezone in Australia would bring this in…

The 10 best fitness apps for a VR workout

When you’ve indulged a little too much reach for the VR headset.

A new update to Lambda1VR adds support for Half-Life’s second and final expansion. With Half-Life: Alyx nearly a month away from release, there’s never been a better time to dive back into the original series. And while you could opt for a standard playthrough on PC or console, why not soak in all that …

“Sony’s mysterious first-party development team, focused exclusively on making triple-A PSVR games, is closing down before it even revealed its first game”.

VR is on the rise it seems, even on Steam!

Golf Pool is an ideal fit on VR headsets

Play 8-ball pool with a golf club in VR — on the moon if you’d like.

It’ll be out on Oculus Quest and others — sounds kinda fun!

They’re not planning on VR any time soon for the Xbox.

It’s available from a range of partners now for developers to purchase, if you’re keen to get one!

Sad to see the big player, Daqri, go a similar path to ODG and end up for sale…

This AR experience tells the story of the Boeing 737 Max aircraft that was grounded in March 2019 after two crashes.

The Skarredghost also posted a hands-on review of Chooch.ai, a framework to detect objects in your surroundings on your phone camera.

This is very similar to North Focals and is pretty exciting to see more companies getting into this — it involves a tiny laser array painting images directly onto your retina.

I’m incredibly happy to see the link between voice and AR being discussed on the Voice Tech Podcast’s website, it’s something I’ve been speaking about for years and I think we’re getting closer.

Moovit has a beta version of an AR way finder that’s like Google Map’s version — the first competitor for the Google feature as far as I know!

Nintendo is currently ‘interested in’ and ‘researching’ AR possibilities

Nintendo have done some AR in the past, so I’m curious to see what their next step might be in this newer age of AR!

Kevin was filming an ad in the UK wearing Nreal Light smartglasses and the CEO of Nreal finally got to meet up with the head at HoloLens!

You can chat with Colonel Sanders himself thanks to the power of Amazon Polly!

Researchers have designed an AI model that is “better able to predict how much students are learning in educational games”.

How would you feel if a robot took your blood sample instead of a human?

What about eating Jell-O made by a bot?

It’s a curious hack but one that requires so much initial set up that it’ll only be done in super targeted situations, if at all.

Researchers at Alphabet’s DeepMind show a system that can train a robot to perform tasks like inserting a USB key into a PC. To help put that malware for the screen brightness tracking on your PC…

Google releases TyDi QA, a data set that aims to capture the uniqueness of languages

Dessa were apparently involved in tech around deepfake detection — could be a valuable acquisition depending on how Square use it.

The White House is pushing to dedicate an additional billion dollars to fund AI research.

Scape’s computer vision technology works to suppliment using GPS when you need a bit more info on where someone is.

“The tech companies join Twitter in trying to block Clearview AI from taking pictures from their platforms”.

Ultraleap — welcome to the journey of the future

Ultraleap showed off how “hand tracking and mid-air haptics are powering the next generation of XR cabin experiences in autonomous cars”.

What’s the deal with robot comedy?

There are indeed people who are trying to train up robots in the fine art of comedy.

AI was able to help bring this old film to a new level of modern quality!

ARM revealed chips focused on “machine learning at the edge” — the Cortex-M55 and Ethos-U55.