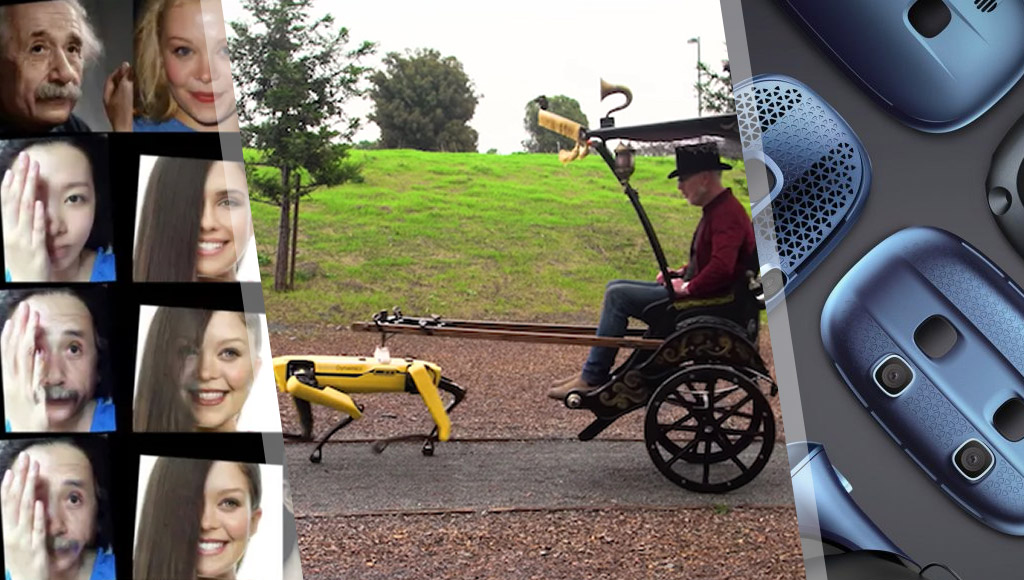 Modders are bringing the original 1993 Doom to Oculus Quest

“They are rage, brutal, without mercy. But you. You will be worse. Rip and tear, until it is done.” In a video posted to Reddit yesterday, developers Dr. Beef and baggyG—the same team responsible for bringing Half-Life, Quake, and Quake 2 to VR via the Oculus Quest—teased the arrival of another classic franchise on …

Splinter Cell? Assassins Creed? Ghost Recon? According to several job listings posted by Ubisoft Düsseldorf, the German-based studio is looking for a level designer, narrative designer, and character artist to assist in the development of a AAA VR game based on “one of Ubisoft’s greatest IPs which will be developed across multiple studios.” For …

Quick fix: How to use only the trigger to interact with the ui of the Oculus Go/Quest in Unity

“Bear! Bear! Run you stupid piece of s*#^!” – Geralt of Rivia There’s never been a better time to be a Witcher fan. Originally a series of novels and short stories, the dark fantasy series starring a mutated monster hunter has since been adapted into an award-winning video game trilogy and—most recently—an episodic Netflix …

Like practically everyone else in the mobile world, the cancellation of MWC on extremely short notice left HTC in the lurch. While the company has moved much of its efforts away from smartphones in general, the Taiwanese manufacturer has begun to use the show to showcase much of its VR efforts. Alo…

The latest update to the Oculus Integration for Unity adds the Quest’s controller-free hand-tracking to the editor.

Why Bugatti replaced clay with VR in its design studio

Bugatti’s design studio no longer smells like clay. The company went all-digital by switching to virtual reality, and it hasn’t looked back since.

A recently published patent from Sony Interactive Entertainment suggests that the company is working on a new VR motion controller, similar to those for the Valve Index.

Turn the ground into lava… or whatever you’d like really.

Inside the collapse of Daqri’s $300m bet on AR

Former employees give their view on the company’s past.

A curious use of AR to help draw attention to their cause.

5G could be the future of AR collaboration

Spatial and Nreal have revealed a new partnership where “consumers will be able to work or interact with anyone, anywhere as if sitting next to each other”.

Digital Dream Labs saved Anki’s Cozmo and Vector robots, and released a Kickstarter to raise money to help extend what’s possible with Vector! Here’s my Q&A with the CEO.

I think that title says it all. Go watch.

A new study from Peking University and Microsoft Research Asia proposes a way to be able to face swap, even when the whole face isn’t visible.

Pathogens rapidly evolve resistance to antibiotics. AI could keep us a step ahead of deadly infections.

Researchers at Osaka University have developed a life-like child robot called Affetto with synthetic skin that can experience pain.

Elon Musk says all advanced AI development should be regulated, including at Tesla

He tweeted “all org[anizations] developing advance AI should be regulated, including Tesla.”

I have no words for this.

An AI named Ella helps visitors to the police station.

AI weekly: why a slow movement for machine learning could be a good thing

Some of the AI research community are suggesting slowing things down and maybe putting a moratorium on papers to combat “the pervasive push for results”.

“Most of the new features in Office for Android and iOS fundamentally require AI and machine learning”.

Can AI flag disease outbreaks faster than humans? Not quite

AP News asks, “Did an artificial-intelligence system beat human doctors in warning the world of a severe coronavirus outbreak in China? In a narrow sense, yes.”

This technique uses AI to fool other AIs

“Changing a single word can alter the way an AI program judges a job applicant or assesses a medical claim”.

Simulate the kitchen of tomorrow… Today!

How to choose a machine tending collaborative robot

A whole lot of things to think about!

Classify your tomatoes into Grade A, Grade B and Grade C with TensorFlow Lite and Particle Argon!

This study has a look at how often smart speakers are accidentally turning on and listening, and for how long.

With the older Raspberry Pi 4 boards – anything beyond a basic USB C power cable wouldn’t power up the device (no fanciness allowed!). That’s fixed in the latest version.

Multiple 3D printers, and one Pi to rule them all

How do you handle connecting multiple 3D printers to a Pi? Hackaday has some advice.

Wyze (the company behind Wyze cams and all sorts of IoT devices) is launching an Alexa-connected fitness tracker.

Lots of smartwatches coming our way this year.