This week, Cortana is leaving the smart home behind, Flippy the robot is still working away in kitchens for $3 an hour, Messenger is moving away from focusing on chatbots, we have new VR/AR reference designs from Qualcomm and more! 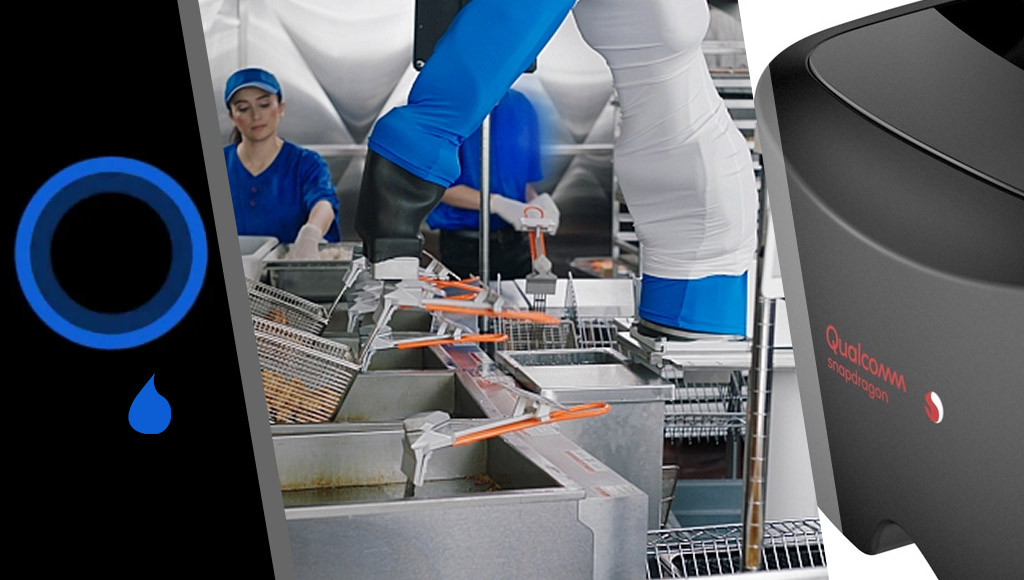 Cortana leaves the smart home, Flippy the robot still at work in kitchens for $3 an hour and new VR/AR reference designs from Qualcomm!

This dying spaceship is filled with nightmarish alien creaturesand procedurally-generated environments keeping every play of the game unique.

It’s a fully virtual art gallery with all sorts of experimental VR experiences on display! Previously in early access, it’s now available to all.

Physiotherapy could be done at home using virtual reality

You get to play the role of an NPC shop owner in this VR fantasy trading simulator!

Whiteboard your ideas in AR!

“Burberry has launched an augmented reality tool that lets you view the latest high fashion from the comfort of your home”.

The in-person parts of the event will not be happening this year — it’ll make its announcements via the internet instead it seems.

This is a very neat concept!

Physical access to the cave is restricted in order to preserve the some of the oldest art in the world. AR will help more people get to experience it from afar!

Microsoft are killing off all third-party skills and integrations as it refocuses Cortana, its virtual assistant, for the enterprise.

Welcome to Botnet, where everyone’s an influencer

“A social network populated entirely by adoring bots aims to mimic the experience of being a celebrity online—trolls not included”.

Facebook have a way of bringing 3D to photos using their own neural nets.

Before it shut down in April 2019 (don’t worry, it has since been bought and resurrected), Anki was experimenting with security robots and a cheaper version of its popular Cozmo robot toy.

The Pope’s message said, “This asymmetry, by which a select few know everything about us while we know nothing about them, dulls critical thought and the conscious exercise of freedom”.

AI Deception: When your Artificial Intelligence learns to lie

“If we are to get ahead of the curve regarding AI deception, we need to have a robust understanding of all the ways AI could deceive”.

Jason Mayes developed an AI-powered tool for browsers that can erase people from live webcam feeds in real-time but leave everything else!

When that ‘AI company’ isn’t really an AI company

AI is definitely a big buzzword which plenty of companies use… but often those companies aren’t actually using AI. TechCrunch provide a guide on when to delve a bit deeper into a company’s claim.

It may help doctors remotely detect critical changes days before a crisis occurs and could even prevent hospitalisation.

“Using ultrasound waves propagating through a solid surface, researchers were able to read text messages and make fraudulent calls on a cellphone sitting on a desk up to 30 feet away”.

Octopus-inspired robot can grip, move, and manipulate a wide range of objects

“Its flexible, tapered design, complete with suction cups, gives the gripper a firm grasp on objects of all shapes, sizes and textures — from eggs to iPhones to large exercise balls”.

Should consumers be wary of Apple’s heartbeat monitoring app?

Fortune say that “the Apple Watch will not detect AFib at a heart rate greater than 120 beats per minute, according to a recent study”.

It still has a long way to go, but researchers are trying to create an AI Dungeon Master that can learn the concept of “events”

This AI can work out whether lower back pain is acute or chronic by looking through doctors’ notes.

Flippy the robotic kitchen assistant now works for $3 an hour

Clearview were using the developer distribution feature to get onto their customer’s phones, which isn’t allowed.

Facebook Messenger are moving to a focus on simplicity and speed — taking away the Discover tab and hiding chatbots, businesses and games. They don’t want to be WeChat anymore.

Reinforcement-learning AIs are vulnerable to a new kind of attack

More of a look at fooling reinforcement-learning AIs to do things they’re not supposed to do.

Why our machine learning platform supports Python, not R

A look at why Cortex, an open source machine learning platform, uses Python.

Ready to work for the robots?

This is a really cool DIY project you can make to monitor and water plants!

It’s not something to worry about yet — they’re adjusting things after missing expected revenue (I wonder if it’s from the Particle Mesh they’ve had to move away from?).

Post-Sonos drama, IoT companies are being reminded of the cost of long term support for their devices.

I really like this 1.8-inch digital picture frame with its 128×160 resolution!

Google might catch up to Apple, Samsung and Fitbit in wearable fitness tracking.