This week, we have one genius math teacher teaching math within Half-life: Alyx, a new AR headset project that looks crazy exciting, Star Trek: Voyager is going 4K with a fan-created AI project and we have pre-orders open for the new Wyze Band! 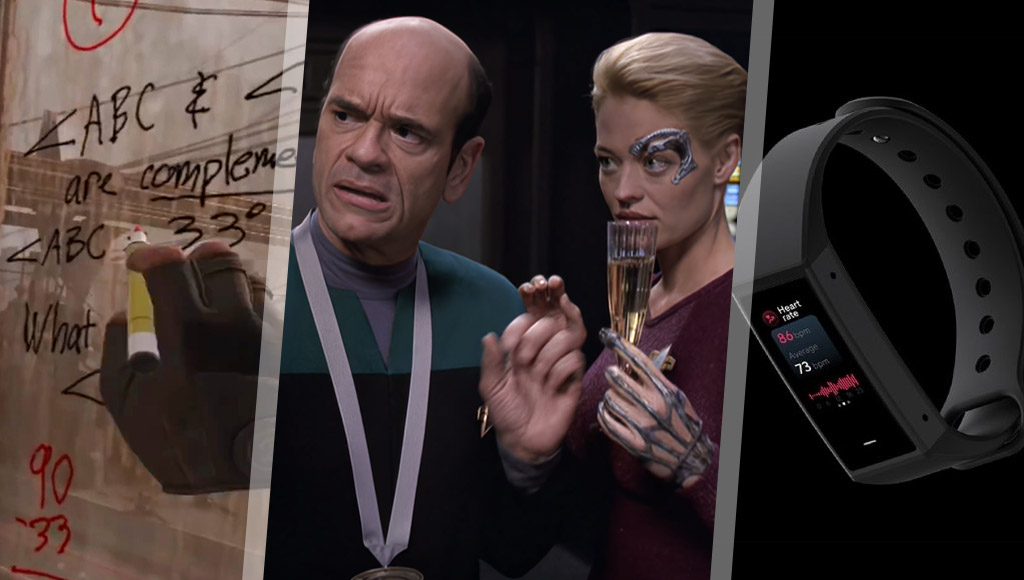 There’s a greenhouse in the game with an eraser and markers which players can use to write on the glass — a small part of the game but a massively exciting one for one genius Math teacher.

They say it will have “a more immersive, comfortable and compatible experience” than the HP Reverb. Very curious that Valve is involved in this one!

Valve predicts Half-life: Alyx will eventually be playable without VR

Valve developer Robin Walker believes it’s only a matter of time until modders develop a non-VR port of the game.

It has new weapons and a new campaign mission, it’s a pretty cost effective way to get more out of your zombie shooting experience!

Holoswitch turns your phone into a security camera while in VR

“Answer calls, respond to texts and view your real-world surroundings while in VR”!

It looks like a HTC Vive Focus controller and a “crosswalk bowling game”. Nothing is confirmed of course.

Get creative on PlayStation VR with painting app Tilt Brush

Finally Tilt Brush is out on PlayStation VR!

There are a whole heap of options if you want to give remote experiences within VR a go.

Building a 3D printed AR headset with the Triton Project

I had a Q&A with Graham Atlee on his new Project Triton headset!

Apple reportedly wanted to purchase them at one point too, but Facebook has got the exclusive deal now to work with them to build AR glasses.

Desktop browsers don’t usually have all the features necessary to test WebAR — so this emulator helps bridge the gap for testing and developing.

‘Star Trek: Voyager’ gets an unofficial 4K remaster thanks to AI

The effects in Voyager were shot on video rather than added to film after the fact, making it much harder to upgrade the quality than it was for The Next Generation — but one fan is doing their best to bring it up to scratch with AI. It takes about six hours for each episode.

One developer used torch-rnn to try to talk to people and write code for him (spoiler, it’s not as capable as he’d hoped).

How robots can help combat COVID-19

This article says robots can be used for clinical care, logistics and reconnaissance.

Awkward background noise in your video calls be gone!

“The goal is to find out if AI can learn a function as complex as polyculture gardening, or farming with multiple species of plants growing alongside one another, instead of monoculture growing”.

They say it might be useful in regions of the world without access to the standard testing method for COVID-19.

Monitoring is critical to successful AI

The idea is that by using real-time monitoring we can see a bit into the “black box” of AI models.

Microsoft’s AI determines whether statements about video clips are true

“Researchers at Carnegie Mellon, the University of California, Santa Barbara, and Microsoft propose an AI task for reasoning about videos”.

“Microsoft’s AI-powered text editor is getting more powerful with rewrite suggestions and will soon be available for Outlook.com and browser extensions”.

From the company that makes Wyze Cams and all sorts of IoT devices, this one has a nice AMOLED touch screen and has Alexa built in. Looks really good, especially for the price!

Hacking my arm prosthesis to output CV so that it plugs into my synth: Thought-controlled music!

The SynLimb allows this guy to plug his prosthesis into his snythesizer to control its with the signals from his body that normally control his hand!

One maker wanted to make his front door smarter, but none of the IoT door locks were compatible with his door, so he 3D printed his own smart lock.