This week, we have the return of the Amazon Dash button thanks to Seeed Studio, 6D.ai bought by Niantic, Oculus Quest VR headsets are selling for over $1,000 on eBay and robotic dogs are now learning from actual dogs with a hint of randomness! 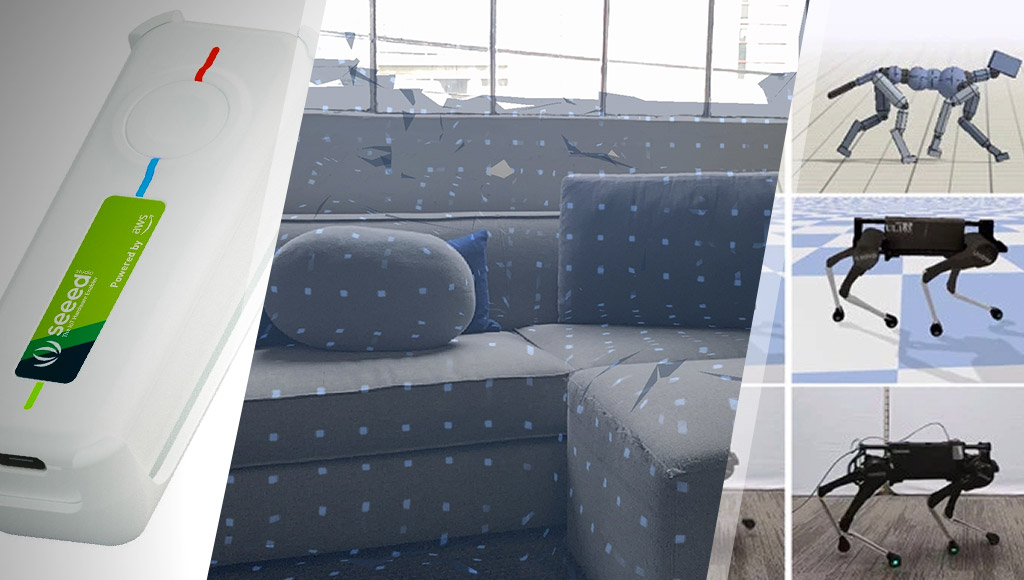 Oculus Quest VR headsets selling for over $1,000 on eBay; Consider these alternatives

360 Rumors look at the alternative headsets available for a cheaper price than the crazy $1k eBay price.

People in the US can buy one of the original Oculus Rift headsets for only US$299.

“Spider-Man meets classic Centipede in this arcade-style VR shooter”. Swing around in VR like Spiderman in this upcoming title. Register your interest to help test it out!

From brain-computer interfaces to digital humans: how these technologies are bringing us closer to the metaverse

This VR Scout article asks “just how far away is full-dive VR?”

How to play Gamecube & Wii games natively on Oculus Quest

You’ll just need a Bluetooth controller and your own ROM files for the emulators.

These days, more than ever, keeping your headset clean is important — especially if you share it around with others.

They say delays are due to the Coronavirus.

It looks like a pretty fascinating game in which you fight against swarms of nanites assimilating humanity into personality-less drones.

Their goal is to create a Second Life style experience in virtual reality — this release is focused on remote teams having their own private worlds.

“Music lovers can come together to shoot, slice, draw, paint, and compete in various game modes across Soundscape VR, whilst progressing their characters and unlocking new abilities”.

17,000 medical professionals are using VR in the fight against Coronavirus

“Oxford Medical Simulation has begun offering its medical training platform free-of-charge during the COVID-19 pandemic to US, Canada, and UK facilities in need of assistance with patient care”.

NextVR have been livestreaming NBA and all sorts of events in VR, and if rumours are to be believed, Apple are keen to buy their company.

It’s coming out on April 9 for PC VR headsets via Oculus and Steam, as well as on the Oculus Store for Oculus Quest.

You’ll no longer be able to get software updates, access films or download the Oculus Video app on Gear VR.

15 VR short films scheduled to debut at Tribeca Immersive will be available later this month on standalone Oculus headsets.

Skarredghost on how to activate the experimental features of Oculus Quest runtime v15.

6D.ai, my favourite of the AR cloud platforms, has been purchased by Niantic — the company behind Pokemon Go.

“Keep the younglings entertained while under lockdown with these educational immersive reading experiences”.

They use machine learning to track things like restaurant occupancy, lines, and so on, and are repurposing their tech to monitor crowds.

A nice piece that highlights ways we can use AI and emerging tech thoughtfully, and in a way which considers the future impacts of its use.

By using a technique of randomising the dynamics of the simulation by varying its physical quantities, such as the robot’s mass and friction, they were able to simulate the movement of a dog without the robot falling over.

The Wio Terminal is a nice way to have an Arduino/Raspberry Pi/MicroPython project with a screen, accelerometer, microphone, buzzer and more in one device.

This Raspberry Pi alternative has an 8th-gen Intel core processor and 16GB of ram, but will cost you almost $800!

The AAEON PICO-WHU4 is “a serious board designed for projects such as AI, edge computing, signage, and drones”.

A lot of the DIY hands-free dispenser creations out there are Arduino-controlled, which is a lot of power for such a simple task. Here’s a way of doing it without an Arduino.