This week, one company just might have beaten Magic Leap in the race for light field AR, another company is tracking motion using sound rather than light and Goodyear are trying out AI-powered spherical tires that morph and change for each situation! 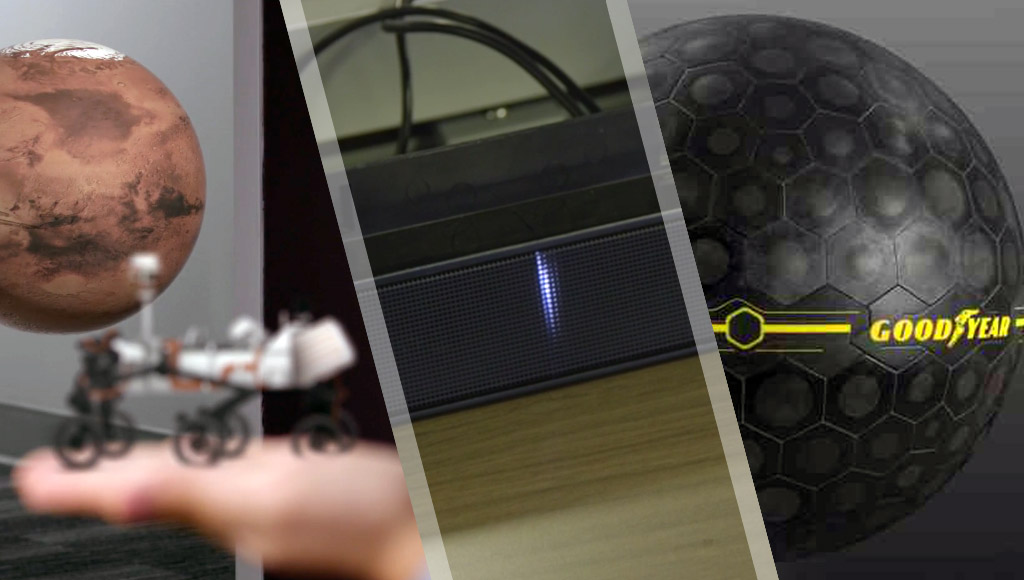 You can attend this conference without leaving your house! The online developer conference, AI With The Best, is on April 29th and we’ve got discounted tickets at the link above (or use the code WTBVIP).

Taryn Southern talks about something I hope to see a lot more of in 2017 — using VR to do good and have a positive impact on the world.

This company can track motion with sound instead of light

Motion tracking over speaker technology is an interesting idea.

Some tips I put together that might save you some time!

I think that makes 360 video available on quite a few platforms now!

It also introduced Oculus Voice speech recognition on the Rift and Gear VR.

About the cost of a cheaper laptop, but they won’t need a laptop to run on!

The number of Rifts playing VR through Steam doubled in December.

A look at how VR could improve its marketing to the public this year.

Avegant, the company behind the Glyph, appear to have really good progress on light field tech — the approach Magic Leap have been working towards that allows you to have a range of focus points in AR.

Another look at the Avegant tech for those who want to read more.

WatchThru: An augmented reality system for your wrist

A team of researchers have come up with a neat AR wearable concept.

“The latest listings paint a picture of a product ready to make the jump from the R&D phase to a consumer device.”

2017 appears to be the year we’ll get a smart jacket from Google!

Movado to enter the Android Wear game, pricing starts at $495

Movado’s own one will also be accompanied later this year by two watches from the Movado Group’s brands, Tommy Hilfiger and Hugo Boss.

Fitbit is finally going to be able to track your sleep stages like REM and deep sleep, like Jawbone’s UP bands! I’m excited to see how reliable they are.

This 14 year old’s story has things we can all learn from his process. It’s a very impressive post!

A look at how to make your very own Messenger bot using Octane AI.

This one is above my level of understanding but it sounds really neat!

Blockchains are a data buffet for AI

They have a new Video Intelligence API, seems like an early version of Clarifai’s service which is not quite as feature rich just yet.

It’s spherical and would adapt its tread and more in self-driving cars.

TensorFlow: How to optimise your input pipeline with queues and multi-threading

Here’s a look at optimising your TensorFlow by taking out a bad habit.

A cheaper thermostat, a home-security alarm system, a digital doorbell and an updated indoor security camera are in the works.

Want to use Particle services on a Raspberry Pi? Their beta program is now open to everyone — give it a go!

Applying machine learning to the Internet of Things

A look at the potential applications of machine learning in the IoT.

A lot of these are IoT-related trends that are pretty exciting!

Weeping Angel: Did the CIA really hack into TVs?

A WikiLeaks dump shared various hacks the CIA have access to, including a hack turning Samsung TVs into listening devices.

The perils of Alexa!

I wanted to finish up with a story of one man investigating some rather odd appearances (including an Amazon order!) in his Alexa voice history.