It is time for a Pokémon Go augmented reality check

While many were waiting for the rise of augmented reality (AR) to come from the HoloLens, Magic Leap or Meta glasses, an unexpected torchbearer has emerged into mainstream media and tech blogs galore that has brought a different form of AR to the masses — Pokémon Go. I wanted to stop and take an honest look at how the Pokémon Go mania might help/hinder augmented reality one month on. 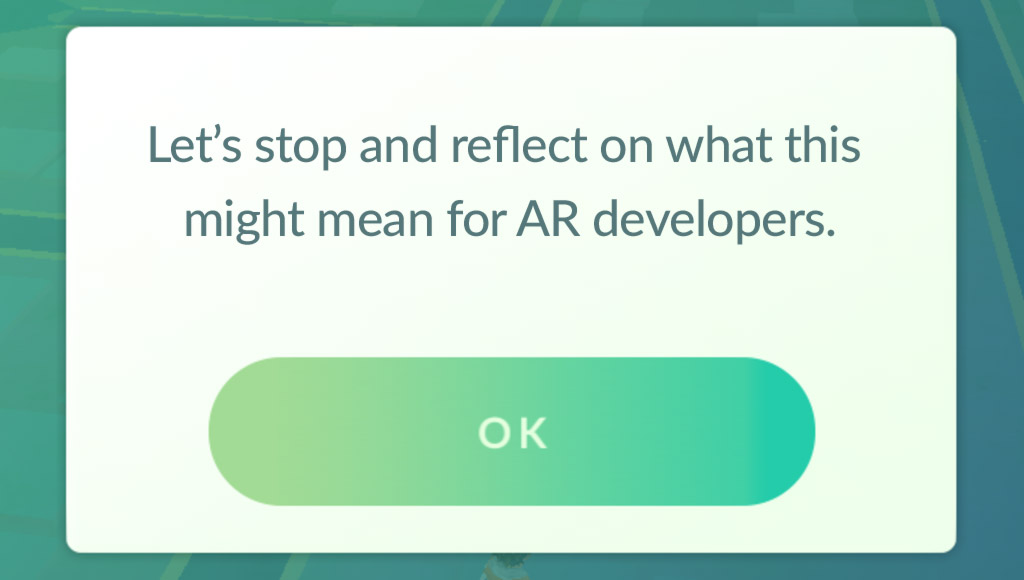 There are positives and negatives from it all.

Pokémon Go’s crown of “augmented reality game changer” by the media has led to plenty of debates over whether Pokémon Go is truly “augmented reality”. Right now, I don’t think arguing over terms is important. Yes — the “AR mode” definitely is AR. A simple version of AR. Please stop the arguing. You know what matters? “Augmented reality” has a whole new buzz around it right now. In my weekly Dev Diner newsletter on emerging tech, AR and wearables are usually the two tough ones to find quality articles on. From the moment Pokémon Go hit the scene, articles on AR went wild — many including mentions of Pokémon Go. Weeks later, it’s still going.

In fact, Pokémon Go is already being used as a synonym for “augmented reality” in the media: 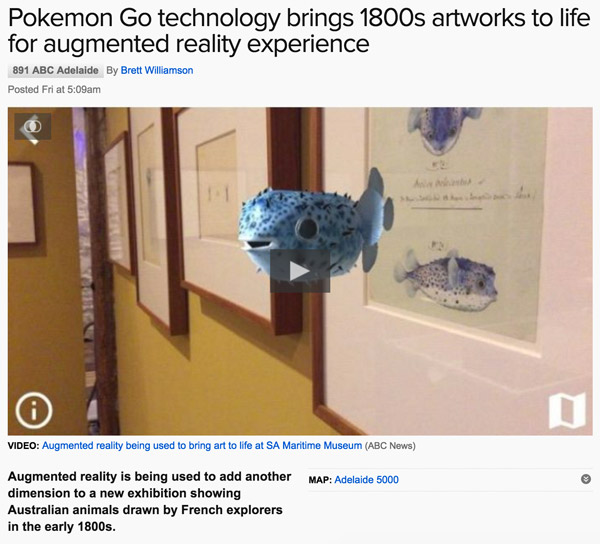 Pokémon Go technology did not, in fact, bring this artwork to life.

“Within just a few days Pokémon Go has shown the world how augmented reality works, providing us with a better language to explain our research.” – Ronald Schroeter, road safety researcher at Queensland University of Technology (QUT)

(Quick side note: If you aren’t sure about the difference between augmented reality and mixed reality, don’t worry — I’ve got an article explaining the two!)

You know the thing most sites aren’t mentioning about the Pokémon Go AR craze? A lot of players are playing with “AR Mode” toggled off. 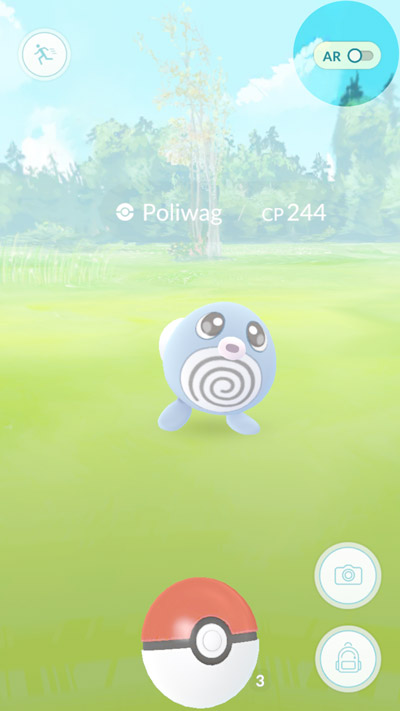 See my AR mode? It’s off most of the time.

In fact, a Google search for “Pokémon Go AR Mode” provides guidance straight away for how to turn it off: 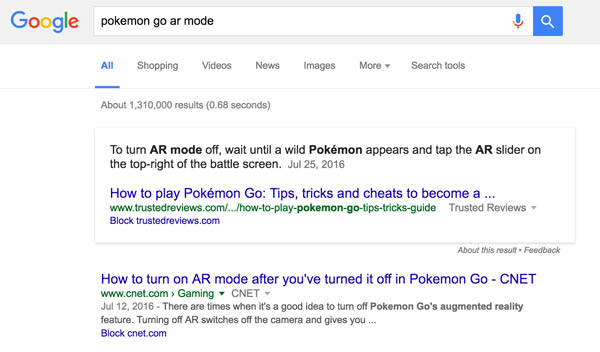 Funnily enough, the next result is how to turn it back on.

That first link’s guidance is part of a series of tips for getting ahead in the game. In fact, it’s tip #1:

“what you may not be aware of is that using AR mode actually makes it harder to catch Pokémon. Simply turning off AR allows you to centre the Pokémon on your screen, making it much easier to chuck Pokéballs and claim your prize” – Trusted Reviews

I’ve seen that same tip mentioned in several other places too and it’s true. I’m not saying AR mode is bad — it isn’t bad by any means, but isn’t always right for every situation and often makes the game harder to play. I still use AR mode occasionally as I find it quite fun, especially when travelling to new locations.

My only worry with this is that people might start to associate AR with a more annoying/difficult/gimmicky way to use apps. It is up to developers to build new experiences that counters this idea.

At the very least, if you are developing an augmented reality mobile app, take note — there’s a huge user base who have now gotten used to having the option to toggle AR functionality on and off.

Our challenge as developers

Pokémon Go has introduced a world of smartphone users to the idea of augmented reality in a subtle way. Users can enjoy it and try it out, then turn it off when it isn’t appropriate. The massive success of Pokémon Go does not mean that the chance to make the killer AR app that truly defines AR’s potential is gone. I do not think that Pokémon Go is that app. I think it will go down in history as one of the apps that lit the flame for AR, and now has paved the way for the pivotal augmented reality and mixed reality apps to take the torch and run with it to even greater success.

I’m not the only one who feels this way —

“We love what they’re doing, we think it’s a gateway to a whole new future that we’re building the next thing for.” – Rony Abovitz, Magic Leap founder, on Pokémon Go 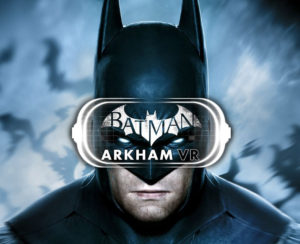 Just imagine this in mixed reality!

The biggest drawcard for Pokémon Go isn’t its augmented reality mode, or geolocation, or the fact it is a free smartphone game — it is the fact that it is Pokémon. A whole generation who grew up with the franchise took one look at a free smartphone game with Pokémon all over it and instantly wanted to live out their dream of being a Pokémaster. That’s totally okay. Louise Blain at GamesRadar+ believes experiences like “Batman: Arkham VR” will be the ultimate wish fulfilment in VR too. Franchises seem to be key to showing people the potential of new technology. Maybe they are the bridge we need to build to get users across?

Unlike with VR however, AR experiences like that of Pokémon Go do not require the user to go out and get a headset, so initial adoption might be much easier. Household adoption of the HoloLens, Meta 2, Magic Leap and so on might be a bit tougher. A partnership between Magic Leap and Lucasfilm is already afoot.

If the success of Pokémon Go has you believing that agencies and game studios everywhere are now rushing to build AR applications for the sake of it, don’t jump to that conclusion just yet. Wise agencies and studios are carefully looking for valuable applications that are right for this space, just as developers should be. The VP at Isobar, a global creative marketing agency, and other agencies know that the Pokémon presence had a big part to play in the game’s adoption:

“Although the technology has had a strong hand in the functionality, Dave Meeker, Isobar’s VP U.S., says the success of the game has more to do with the nostalgia of Pokémon and the context in which the technology is implemented.” – IoT Daily

That isn’t causing agencies to completely disregard augmented and mixed reality either. Dave Meeker points out in the IoT Daily article quoted above that “if you’re not looking at this stuff right now, you should be, […] we’re looking at a very cool world in three to five years.”

The benefits of augmented and mixed reality headsets are clearer now

While it will be harder to get households to adopt augmented and mixed reality headsets, Pokémon Go just might serve as a perfect way to show why they’d be valuable. Experiences that sync to your real world location and “AR Mode” gameplay will feel much more natural in a headset. The dangers of people not paying close attention to where they are walking while playing Pokémon Go (or doing anything else on their smartphone for that matter) will hopefully fade away with headsets like the HoloLens, Meta 2, ODG Smartglasses and Magic Leap. This style of gameplay would work best (and be much safer) on a headset. Even John Hanke, chief executive of the company that made “Pokémon Go”, is eager to see the game played using smart contact lenses one day.

There are already four demos out there of Pokémon Go on an augmented or mixed reality headset:

A great advantage of having smartglasses which run Android:

A similar approach on the ORA-2 Smartglasses

The team at Optinvent put together a short demo of Pokémon Go working on their upcoming ORA-2 smartglasses. Their AR headset is much more like Google Glass which works neatly for a port across from the smartphone version.

This HoloLens demo was built by the team at Koder in two days and shows a Pokémon Go-inspired experience running on the HoloLens that largely shows Pokémon placed around an outdoor area that you cannot interact with:

This Pokémon Go prototype by Capitola VR took a different approach and built a prototype HoloLens experience that lets them capture Pokémon in mixed reality using a hand gesture.

The more people see demos like these, the more eager they’ll be to have augmented reality and mixed reality headsets when they are released for reasonable prices to consumers.

Lessons we can take from Pokémon Go

The one main lesson from all this?

Developers — now that society has experienced “AR Mode” in Pokémon Go, it’s your turn to step up to the bat. Show just how much more can be done with the medium by building solid, well thought out applications that move the industry forward. There has never been a better time!

Awesome article. Pokemon has been a great boost to AR.