Thoughts on the future of 3D on the web

If there’s one area in emerging tech which is especially exciting right now, it’s the emergence of 3D on the web and the implications this could have on the web as a whole. Xavier Ho provides his perspective on the industry in this guest post! 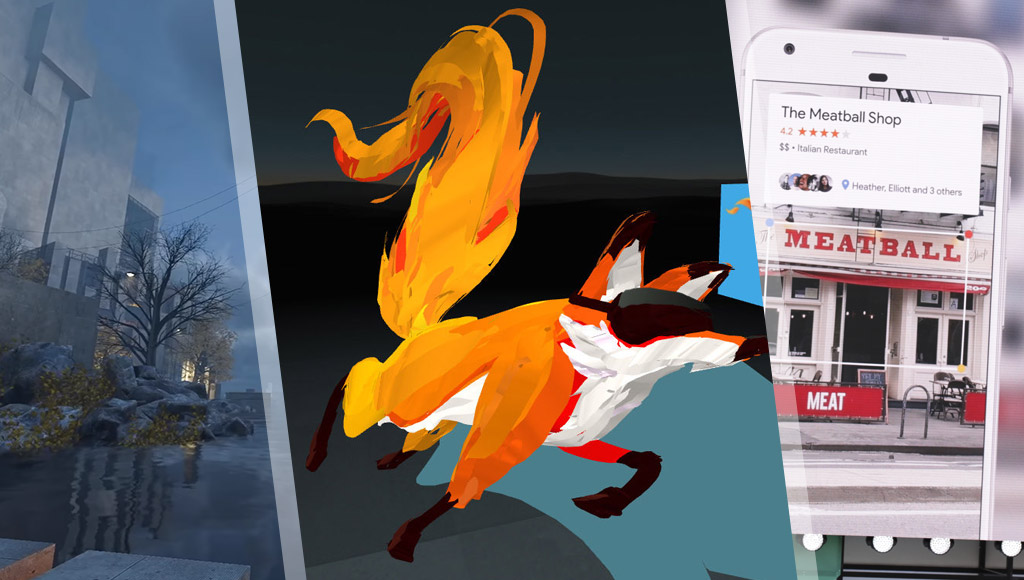 After The Flood, a 3D sketch in A-Painter and Google Lens

We are at the right time for authoring the mixed reality web.

You may have talked to Siri, verified your human status with a CAPTCHA, or had a ride in a self-driving car, but you may not have realised what they all have in common — transmitting an incredible amount of data to improve their future services. This includes voice recognition, text-to-speech, natural language processing, image recognition, and context analysis. All of that in real time, nearly instantly.

It is credible to say that the most recent breakthroughs in computing have been around data. Data needs to be transmitted to the computers that analyse it. Aside from traditional postal services, billions of wires that make up the physical connection do all the work, in addition to the many wireless connections. The world wide web is a fail-safe service that continues to reinvent itself.

The web is fundamentally a publishing platform. For O’Reilly, the web is for authoring books. For YouTube, the web is for video streaming. Content delivery is the core purpose and strength of the web. It delivers anything faster than everyone else, and at a cost cheaper than everybody else. It is constantly improving in speed, reliability, and quality. We are even working on getting it to Mars.

Web browsers are one of the ways we access the web. It includes the hardware-accelerated graphics rendering WebGL API, maintained by the Khronos Group, which has been contributed by over 100 companies. Browsers are like the Swiss army knife of our digital life when it comes to cutting-edge computer graphics. For a sample, check out After The Flood by Mozilla and PlayCanvas.

In the next five years, virtual reality on the web (WebVR) will likely be recommended to browsers for implementation. Similar efforts are ongoing, such as 360 videos, OpenXR, and OpenVR. If you are experienced in web development, you can try out WebVR today. We will see a natural progression of devices becoming more location-aware, more energy efficient, and wireless.

In the web space, A-Frame is a markup library not so different from HTML on the web. Anyone can develop on A-Frame and publish it to all the VR devices, or to the web directly. This has enabled applications like A-Painter, a virtual reality painting program. Companies like Sketchfab also utilise the WebVR spec to showcase their virtual models.

Markup languages open up a broader accessibility potential. Virtual reality content creators will not only able to upload their own graphics and sound, but they can also provide captions and other translations. They will be able to engage in other sensory formats. For example, text-to-speech for the visually impaired will come built-in.

Some hardware is still waiting for its respective market to mature. For instance, transparent displays and bendable displays are beginning to move from lab experiments to commercial projects. A laptop with a transparent see-through screen with an optional screen cover might feel niche at the beginning, but it will find a common home.

With Google Lens, your smartphone camera won’t just see what you see, but will also understand what you see to help you take action. #io17 pic.twitter.com/viOmWFjqk1

Overlaying information is just the surface of what augmented reality is good at doing. At Google I/O 2017, we saw the next iteration of instant search on the streets, Google Lens, using only your smart device’s camera. Computer-intensive tasks are abstracted away behind networked offerings, creating a portable powerhouse of the future — as far as mobile and Wi-Fi signals can reach.

Mixed reality adds an information layer and combines it with the real world. It has many challenges, but they are being resolved one at a time. Recently, iOS 11 brought ARKit to developers, an augmented reality toolkit that does not require tracking markers. This is very exciting. If this progression continues, I believe we will see the following:

Mozilla announced that they will ship the WebVR draft specification to Firefox 55. This means everyone who uses Firefox will be able to use WebVR right out of the box, with no special tools to download. In addition, Apple has officially joined the W3C WebVR community group, meaning that every major browser vendor has a vested representative in the works. This means that WebVR will likely become recommended soon, and become part of the official web ecosystem.

The next big adjacent idea, borrowing the term from James McQuivey, will be to contribute to the 3D web while being fit for purpose. The idea could be tools creation, providing a technology-backed convenience, or a platform for publishing. Whatever it is, we are at the right moment for it.

Thank you to Xavier for his guest post sharing his thoughts on this speedily evolving area in emerging tech! To follow along with what he’s up to, check out his Twitter at @Xavier_Ho and his own personal blog, Jump To Glide.