One of the best bits of news we had recently was that Anki, the company behind Cozmo and Vector, had their assets saved by Digital Dream Labs — our robot friends could live on! Their new Kickstarter to open up Vector’s possibilities has already reached its goal. I had a Q&A with Jacob Hanchar, CEO of Digital Dream Labs, to find out more. 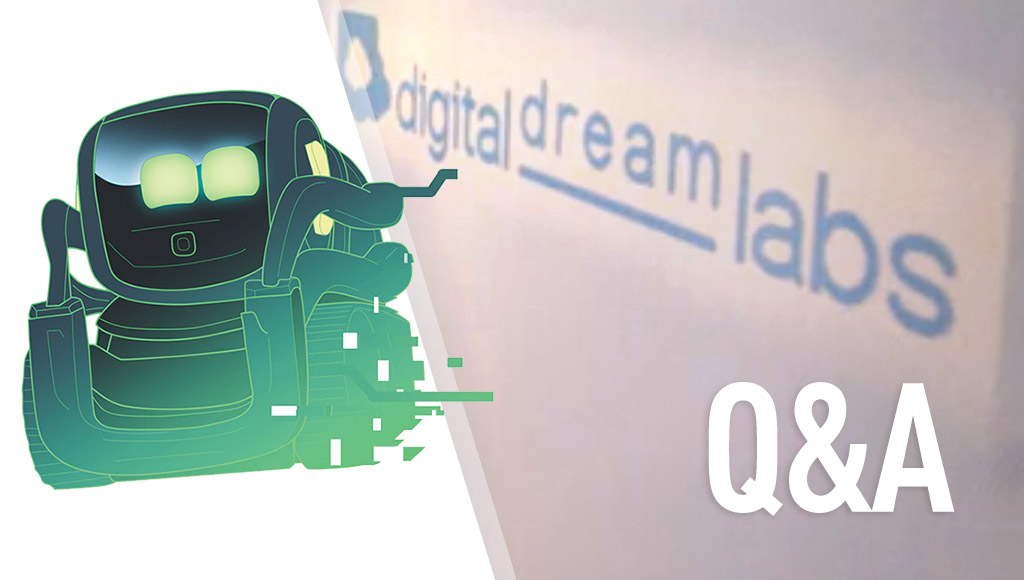 Haven’t seen the Vector Unleashed Kickstarter yet? Back it right here and then come back to read the Q&A!

The Vector Unleashed Kickstarter aims to bring two new options to Vector owners out there:

They’ve also got tiers where you can get access to bootcamp videos that delve into Vector’s innermost workings, or for the highest tier, you can join their Vector Certified Licensed Engineer Camp and work even more closely with their team to really delve deep!

1. What parts of Anki did Digital Dream Labs (DDL) acquire? What parts were not included?

We took over all virtual assets, patents, IP, code, BOM (bill of materials), cloud infrastructure, etc. We did not get any inventory. Because this was essentially a bankruptcy sale, we took on no liabilities.

2. How did Digital Dream Labs come about?

We are an Ed Tech company that focuses on teaching STEM topics K-2. Digital Dream Labs is based off a children’s museum display that launched the company in 2012.

3. Can you tell us the story of the moment Digital Dream Labs decided to buy Anki? How’d it come about?

We had been monitoring Anki for a while since their failure in April. We bid on the assets and really didn’t expect to win. When we found out we won, we were overjoyed. I oversaw the M&A. The broker for the transaction, Hilco Streambank, sent us a cold email to invite us to join the bidding.

4. How big is the team working on Cozmo and Vector? Are they the same team?

We now have two teams in Digital Dream Labs, the game team and the robot team. On the robot team, I have 5 engineers on Cozmo right now and 3 on Vector. We have about 12 people from Anki helping us and I am hiring more to fill these positions. 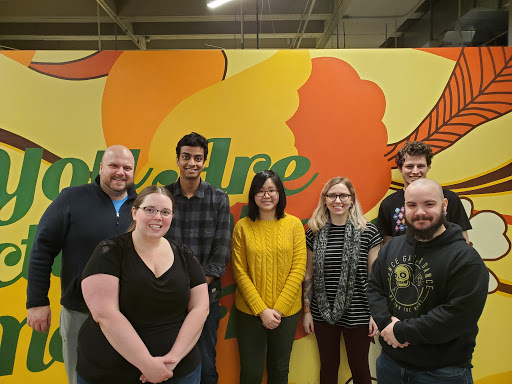 When Melissa from the Vector Discord group came to visit Digital Dream Labs (this is missing about 5 people in the team!).

5. With the “Escape Pod”, could you give a bit more detail on what will be involved for someone to “move and set endpoints”?

Vector is highly dependant on the app/software. We will send an update that you won’t have to open right away. You can keep it as an update you can launch in the worst case scenario. For those who have Jetson or Raspberry Pi, they will be able to do their own hosting. The more we are able to raise on the Kickstarter, the more development we can do internally to make it user friendly.

6. With the Open Source Kit for Robots (OSKR), what programming language will developers be using to expand Vector’s functionality?

Vector runs embedded Linux. Programmers will almost be able to do root on root like Google Chrome, with some limitations. Therefore, whatever the programmer wants to use, some understanding of the underlying firmware will be critical.

7. Is OSKR more akin to having access to a microcontroller, or is it more like a Raspberry Pi?

The Escape Pod will be more like a Raspberry Pi. OSKR will be like having a microcontroller.

8. Will OSKR come with docs explaining Vector, its root systems, hardware, backend and so on in full? Are there things DDL cannot share?

Yes, these come with the higher pledge levels and the Boot Camp. There are licensing considerations regarding Qualcomm and some other embedded firmware. That’s why we need to do the internal development and keep certain things locked to avoid creating liabilities. This and the fact we’re restoring manufacturing are the reasons why we’re not simply turning over the keys to the community.

9. Will Digital Dream Labs be providing guidance and support for typical Vector issues such as Vector overheating? Does the Escape Pod or OSKR include help with taking Vector apart to improve it or fix things? Or is it more software based?

Regarding manufacturing, we are doing a bill of materials review right now to see where we can improve. We’ve hired a quality assurance team in Vietnam to oversee testing. OSKR will be software. For more knowledge on the assembly and inner mechanics, that’s what the videos and boot camps are for.

Patrick: Does that mean you’ll potentially be improving Vector’s build quality as well? Will Digital Dream Labs be the place to go for warranty and troubleshooting?

Yes, we are going to take a look at the problem parts and see if we can redesign. We are going to set up a warranty program with our manufacturer or 3rd party to host a repair and troubleshooting center. We’ll make an announcement when we’ve struck an agreement.

10. Is there anything developers can do in the meantime to prepare for OSKR? Skills you’d recommend they brush up on so they can hit the ground running when it’s released?

We are putting together the error code list together to Project Victor*. They are adding it to the ‘bible’. We will continue to send these files as we gear up OSKR for launch in earnest. We’ll be releasing things one at a time to the OSKR crowd. We’ll also push out the Python SDK update later in the fall, so there’s that.

* Project Victor are a group of users who are working with us to hack and develop Vector. They hangout on Discord, check them out! They’ll be part of this OSKR launch.

11. How do licenses work in the new system where there are multiple Vectors in a household? Like my wife and I each having our own?

Licenses can be used under one household.

Only that this is the first step, thus Kickstarter! This will evolve and get better and better as we work to expand the features and open the platform.

A humongous thank you to Jacob and Digital Dream Labs for rescuing Dev Diner’s favourite robot and for taking the time to answer these questions! You can find the Vector Unleashed Kickstarter right here — head over there and show your support for this incredible effort!

I’m so excited for the future of Vector! So many exciting possibilities!!