Life as a VR dev — chatting with Antony Vitillo, the Skarredghost

Antony Vitillo is the man behind the username, Skarredghost, an Italian VR developer who runs his own blog over at The Ghost Howls and puts together VR experiments. I had a chat with him about his recent experiments and VR/AR development. 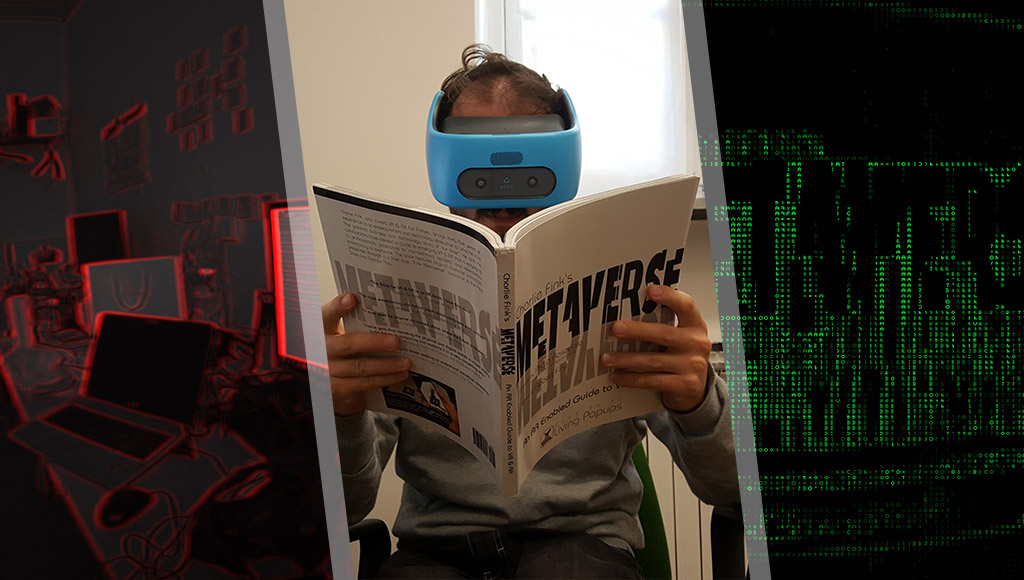 Antony Vitillo, a.k.a Skarredghost, and a few of his projects

Firstly, of course, I was curious to know the origins of that username — Skarredghost. However, the origins of that identity are safely sealed away. I imagine a vault of some kind in a very fancy Italian marble building with armed guards. However, Antony was willing to give a bit of background as to why he has a nickname!

“It was like 2013-2014 and I had this idea of becoming an indie game developer with my friend Gianni Rosa Gallina (he later on became my partner for the Immotionar startup). I searched the web on info on how to become a game developer and I found that the indies writing the posts with pieces of advice had all fancy nicknames.”

“I thought that to become an indie game developer you should have a nickname, a bit like the pilots of Top Gun” — Antony Vitillo

To truly become an indie game dev, Antony spent a few days coming up with a nickname and settled on Skarredghost. He prepped his Twitter account and the story began. He also realised that a nickname wasn’t quite as mandatory as it had seemed:

“Later on, I discovered that actually most of indie developers don’t have a nickname… and I also discovered that I found a terrible nickname, because most of people don’t remember how to write it the right way (it is quite complicated). At the time, I had no idea that someone could be really interested in knowing how to spell that…”

He then began a blog to do marketing for his startup Immotionar (I actually interviewed him back in the day about that startup!), and thought the name should be somewhat personal. He settled with The Ghost Howls:

“‘Skarredghost’ is a terrible blog name, so I thought I had better using only the world Ghost. And thinking about what a Ghost does and that resembles a bit talking, well, I came out with “The Ghost Howls”. Again, not the best name for a VR blog, but at the time, I had no idea someone was really going to read what I write.”

Ghosts, howling, “skarred”… I sensed a definite horror theme. Antony is a pretty big horror fan and sees a parallel between it and VR:

“One of my favourite video game sagas is Resident Evil… I really love the fact that horror is able to foster strong emotions inside me. Exactly as virtual reality, that is a technology that enhances human emotions. My startup was called “Immotionar” for a reason… as you can see, there is a pattern” 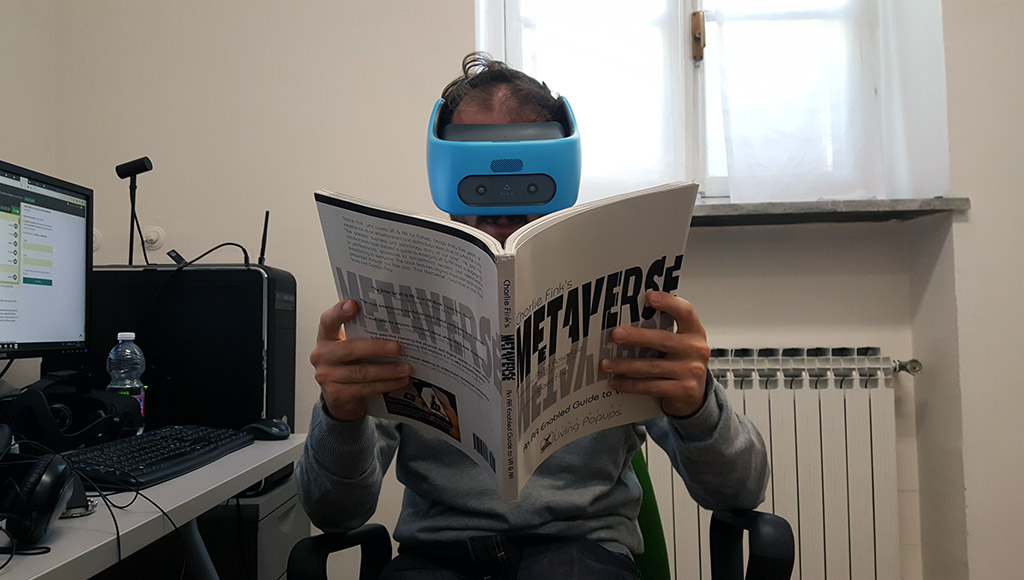 Antony and his Vive Focus

When it comes to VR headsets out there today, Antony loves the HTC Focus — HTC’s wireless Vive headset with inside-out 6 DOF tracking. There are three components that makes Antony love the HTC Focus headset:

One of my personal favourite things that Antony has done to date is his experimentation with “mediated reality” on the Vive Focus. This brings the real world into view within the VR headset and then alters it. It reminded me of one of my favourite ever experiences with a VR headset — using the Leap Motion with an Oculus DK2 headset. There was a mode where you could see through the Oculus view and interact with particles that would dance around with your hands. It felt like true magic. Antony’s experiments here are the same wonderful thing!

The mediated reality concept was initially born from an early experiment where Antony worked out how to get access to the Vive Focus’ two frontal cameras to enable AR on the headset:

“When I was helping Enea Le Fons during his #30DaysInVR initiative, we sometimes discussed about the fact that the Vive Focus has two frontal cameras and that this means that theoretically it could be used to do AR, even if there was no actual way to do that. Some weeks later these discussions, this concept was revolving around my head and so I said myself “scratch that, let’s do it!”. I started digging into the Vive Focus SDK, and in the end I found the way to do screen-through augmented reality with the Vive Focus. Yes, the Focus cameras are low-res, black and white… yes, it uses a lot of processing power… but who cares, I did AR with the Vive Focus! I was so happy and I thought that all the community should be able to do that as well, so I also created an open source plugin for that and uploaded it on Github.”

Once that had been solved, as inspired by Enea, Antony decided the next step was to modify those images seen to bring new life to them in interesting ways!

“If the vision of the real world is mediated by a screen… why can’t I modify the images on the screen and let the user see a modified version of reality? This is the idea of what Mann et al. call “Mediated reality”, that is the vision of a real reality that is modified, that is mediated.” — Antony Vitillo

Antony then took this concept and created two applications using it — “Beat Reality” and “Enter The Maatrix”. Beat Reality transforms the world into a dance floor, by showing you the real world as a set of edges that pulse following the rhythm of the music:

Enter The Maatrix lets you see the world with the well known Matrix-style code rain. 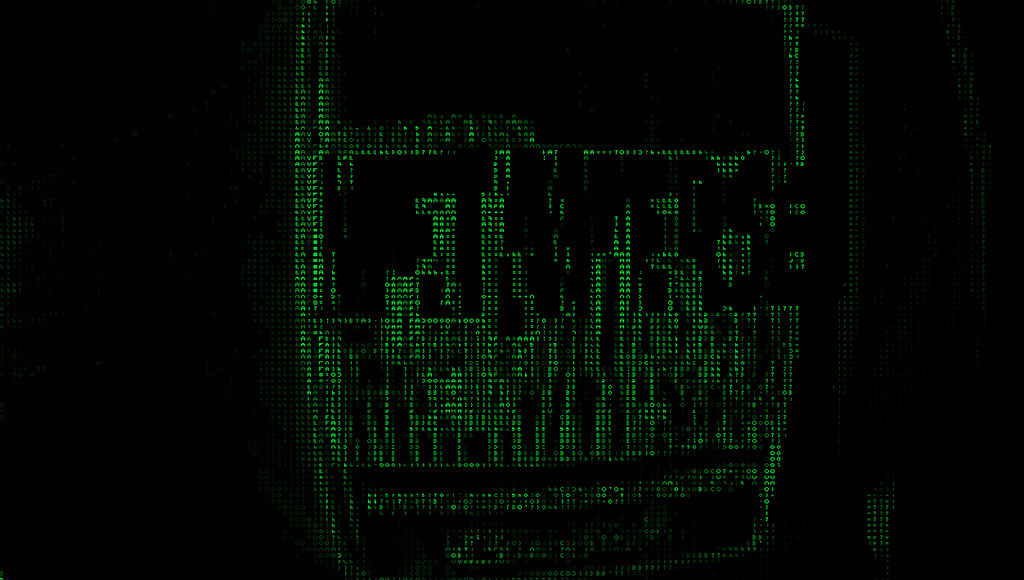 In the end, the concept is to modify the wearer’s vision completely — showing you the world in an entirely new way!

Antony, along with other VR innovators like Eduardo Siman have also been looking into the idea of “Diminished Reality”. Antony explains it like so:

“Augmented Reality makes you add virtual objects to your real world, but what if you want to remove real objects from your vision? What if for instance you are afraid of spiders and so you want to remove them from what you see of the real world? But not by covering it, but by presenting the world exactly as if the spiders were not there. With screen-through reality, this is possible. It is a new research field, that can really take us to new amazing results.”

It’ll be interesting to see where their research takes them!

I was also curious to see what other headsets, aside from the Vive Focus, Antony is excited about. He’s quite curious about the Oculus Quest coming this year and sees a new Vive Focus on the horizon:

“Usually Oculus loves to produce polished headsets, so I want to see how this device works well. With the $400 price tag (it is probably sold undercost) and the full 6 DOF setup and Oculus game catalog, it really can bring VR a step forward.”

“I also speculate that this year HTC will announce a Vive Focus 2, so I’m very curious to see what they will come up with.” — Antony Vitillo

For those keen to get into VR/AR development, I wanted to get Antony’s thoughts — what advice does he give to new developers wanting to get into it all?

“Learn Unity (or Unreal). I tell them that learning how to develop in VR is very similar to developing for 3D video games, so there is no special recipe to learn VR coding: learn C#, learn Unity (or Learn C++ and Unreal Engine). There are lots of tutorials and courses on the web about Unity, so it is not difficult to find a suitable one. After that, it is fundamental to buy a headset and start experimenting. There are no standards in VR, so experimenting is the key. Start with some very tiny project and then expand until you master the tools. Play some VR games to see what is happening around and get some inspiration, especially for what concerns movement mechanics, UI, graphics, etc…

I think that what changes the most between games on a flat screen and in VR is the UX. The UX is completely different and we have not found the ideal UX for VR yet.”

“Take the best solutions found by other games studios and iterate on them. Experiment a lot and let people try your VR applications to see if they are easily usable.” — Antony Vitillo

I was also curious to know from Antony’s perspective — what’s the hardest thing to learn as a VR developer?

“That it is hard to make money :). There is a lot of interest around AR and VR, but actually it is still hard to make a living out of it.”

“I think that as an AR and VR developer, you must be very flexible. The various platforms have limitations, bugs and inherent problems. You must be able to be smart and solve every problem that you will find in whatever way” — Antony Vitillo

“Hacks, experimentations and lots of Google searches are always necessary. Just keep a smile and try to get your job done, in one way or another. And as I have said before, keep your enthusiasm high and experiment a lot.”

Thank you to Antony Vitillo, a.k.a. Skarredghost, for taking the time to share his experiences in VR and AR to date! You can keep up with all of his VR/AR adventures and his take on VR/AR over at his blog The Ghost Howls.