How to delete apps in Unknown Sources on the Oculus Quest!

Here’s a quick guide on how to uninstall apps in the “Unknown Sources” section of the Oculus Quest. Chances are, if you are a developer, you’ve got apps in here that are apps you’ve built and run on your Oculus Quest from Unity, Unreal Engine or your other editor of choice! There is no simple remove button in VR within the Oculus Quest menu. Instead, there are a few other ways to do remove these apps. 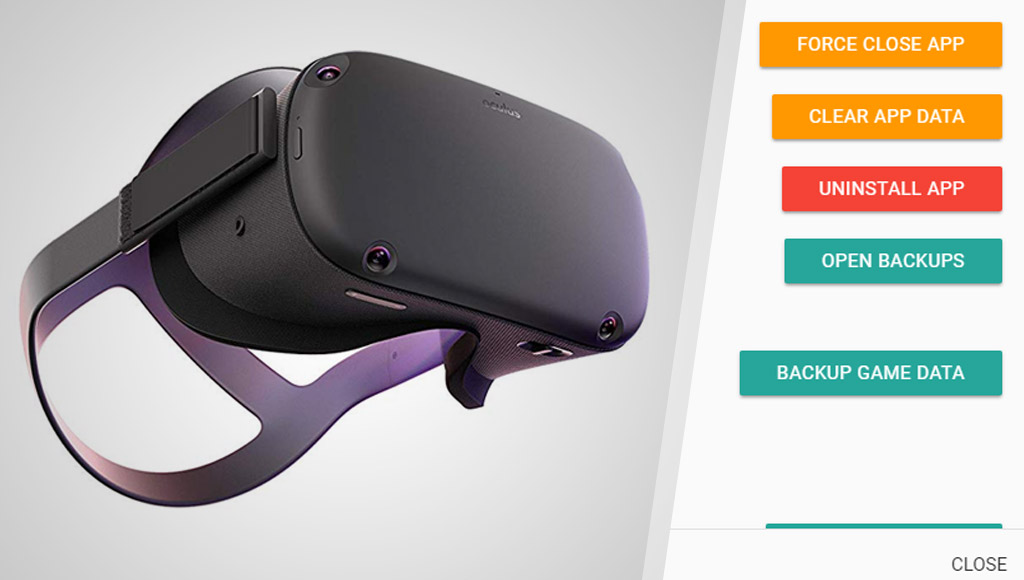 The fastest way to get apps off your Oculus Quest is to open your Command Prompt (or Terminal on Mac OS) and run:

e.g. If your app’s package name is “com.oculus.UnitySample”, then you’d remove it from your Quest by typing in:

If it works, you’ll see a simple response of:

What you should see in your Command Prompt if all goes well!

SideQuest — a nicer GUI way to do it!

This isn’t the “official” way to do it, but it’s an option for those who aren’t too comfortable entering commands into the Command Prompt. It’s also a great choice if you aren’t sure of what the package name is for apps you built a while back — or if you’ve got stale apps that just didn’t get removed properly from your Quest that you can’t work out the package name of!

It’s also a neat way to load apps onto your Quest that aren’t in the Oculus Store (do that at your own risk, of course!).

There’s a how to for installing SideQuest here: https://sidequestvr.com/#/setup-howto. If you’ve already been developing for the Oculus Quest, you’ll likely just need to install the app and plug in your device. Many of the steps are for setting up Developer Mode… etc.

Once you’ve got SideQuest installed, go to the “My Apps” section: 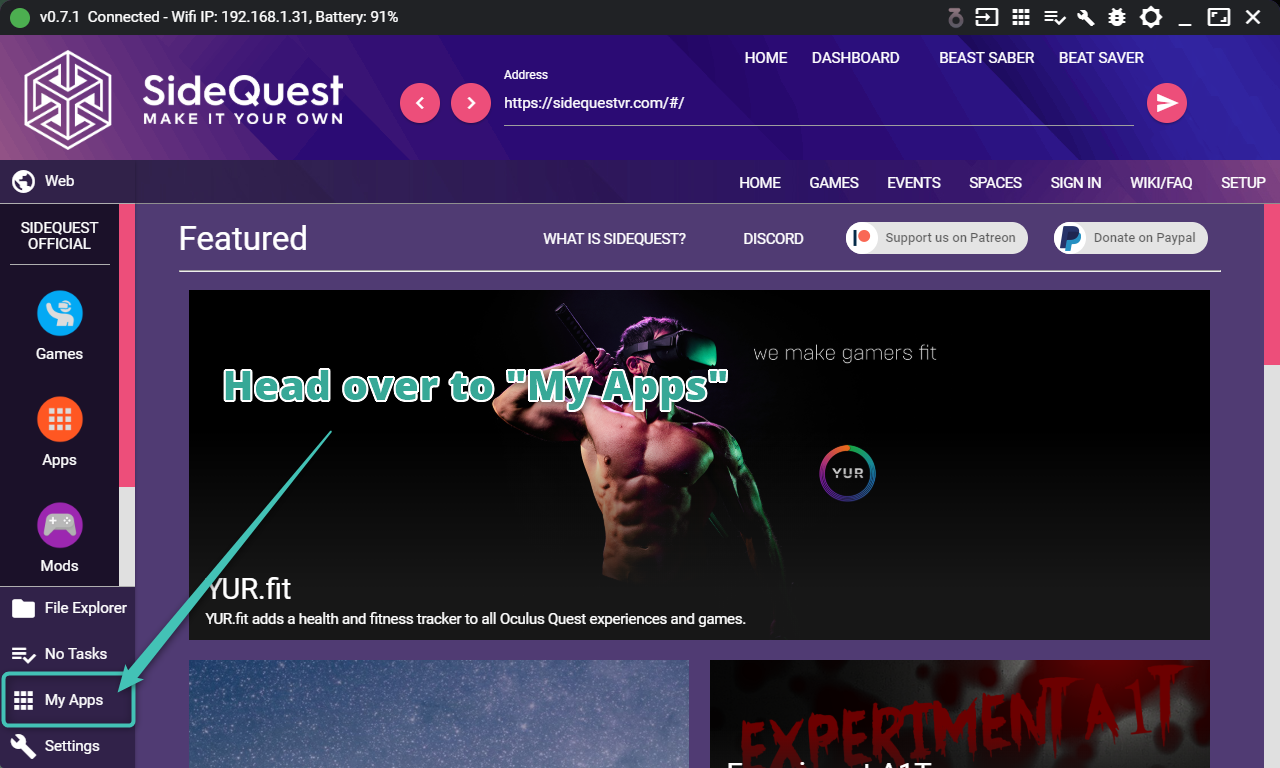 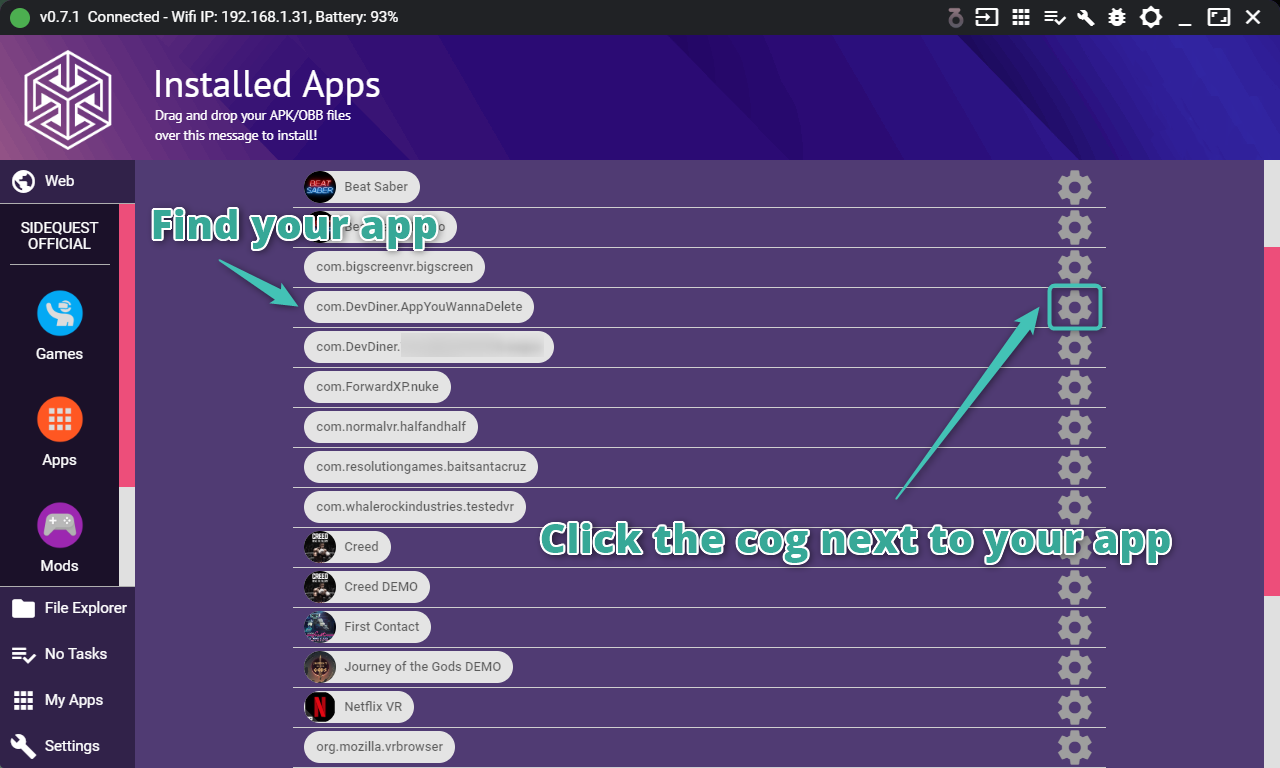 Find your app amongst all the apps on your device! 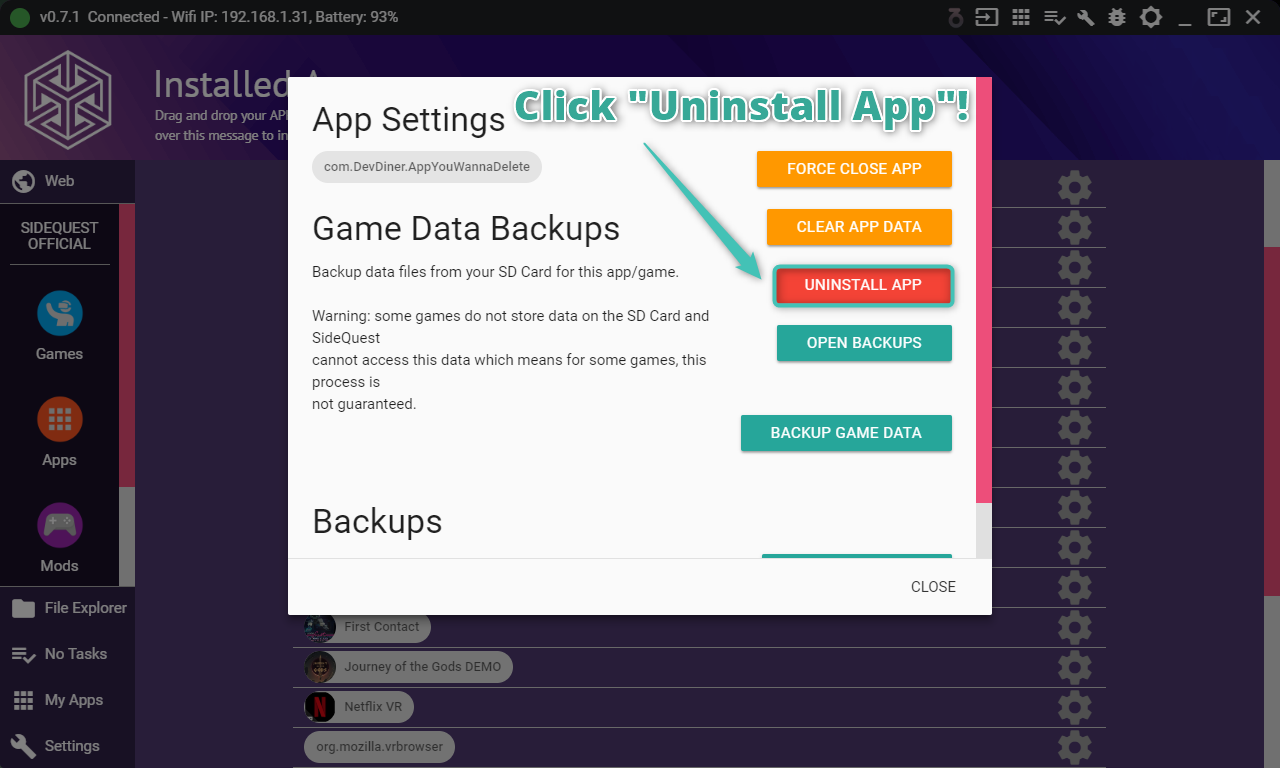 Hitting the uninstall app button I wish was in the Oculus VR interface!

It won’t auto refresh (or at least hasn’t for me), so to see whether your app did indeed get uninstalled, you can go to the Tasks section. In that section, you should be able to see a message along the lines of “APP uninstalled com.DevDiner.AppYouWannaDelete…”. 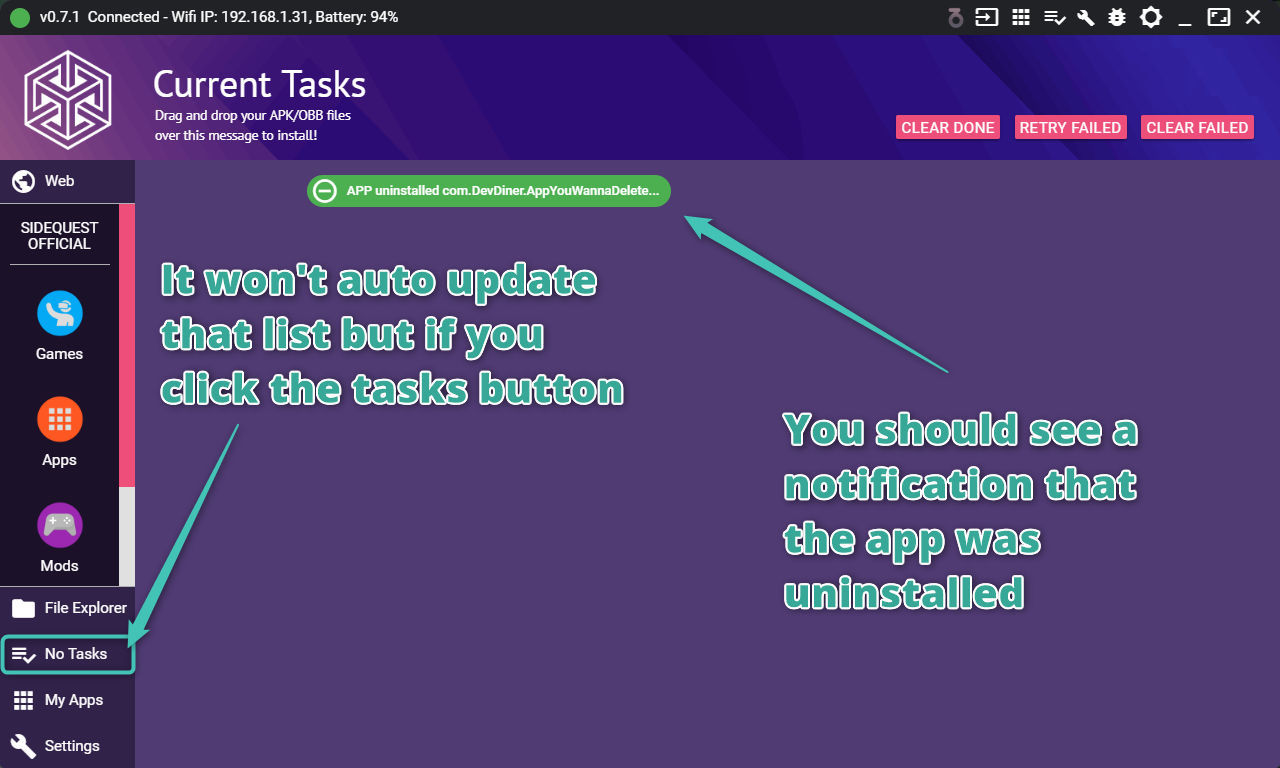 Our app has indeed been uninstalled

There are other methods out there too — but for me, these two options have worked pretty well and handled all the removal of apps I’ve required! If you’ve got a preferred way of getting rid of your development apps on the Quest, feel free to let me know in the comments below!