Vlad, known by many as VRHuman, spends a good deal of his time experimenting with new forms of art. I was super impressed with his VR artworks and just had to chat with him about VR art and the newest tool on the block, Google’s Blocks. 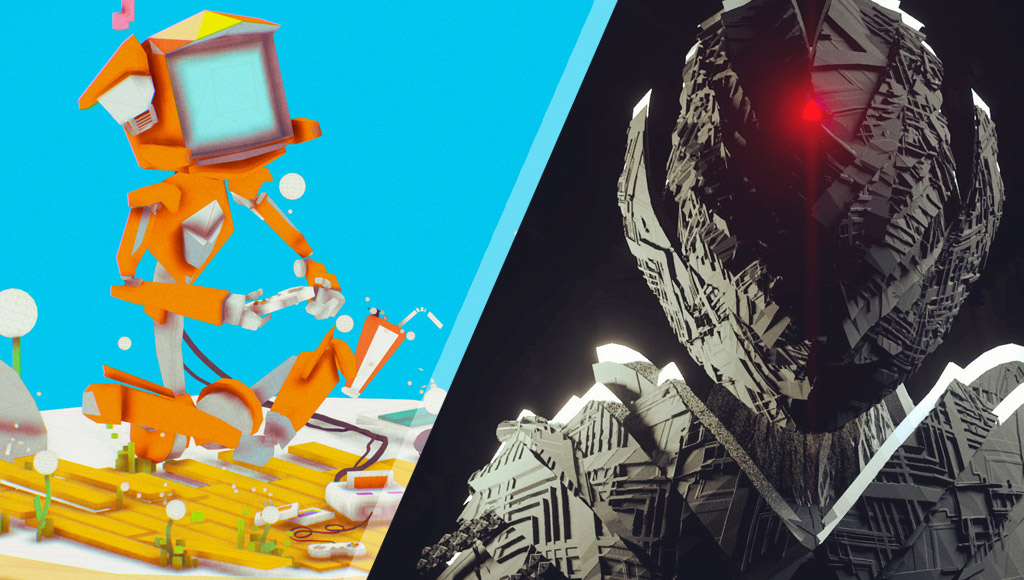 Two of VRHuman’s artworks, one drawn in Google Blocks, the other in Tilt Brush!

Vlad says that Tilt Brush was the first thing he booted up after finishing The Lab demo. He says, “after I laid down the first brush strokes I couldn’t stop painting for days.” That’s always a good sign of a medium that artists are going to be doing very cool things with!

“Paint, suspended mid air right in front of you and not just on a screen blows my mind to this day. I still get the same feeling, even after hundreds of hours I spent creating artwork in VR.” — Vladimir Ilic (VRHuman)

I’ve covered VR art before here at Dev Diner, when I interviewed three Tilt Brush artists about their process and thoughts around VR art. They too found the medium incredibly immersive. Brennan, in that article, put it best when he said, “Tilt Brush really changes the experience of creating art. It is really hard to explain, and something you just need to try.” 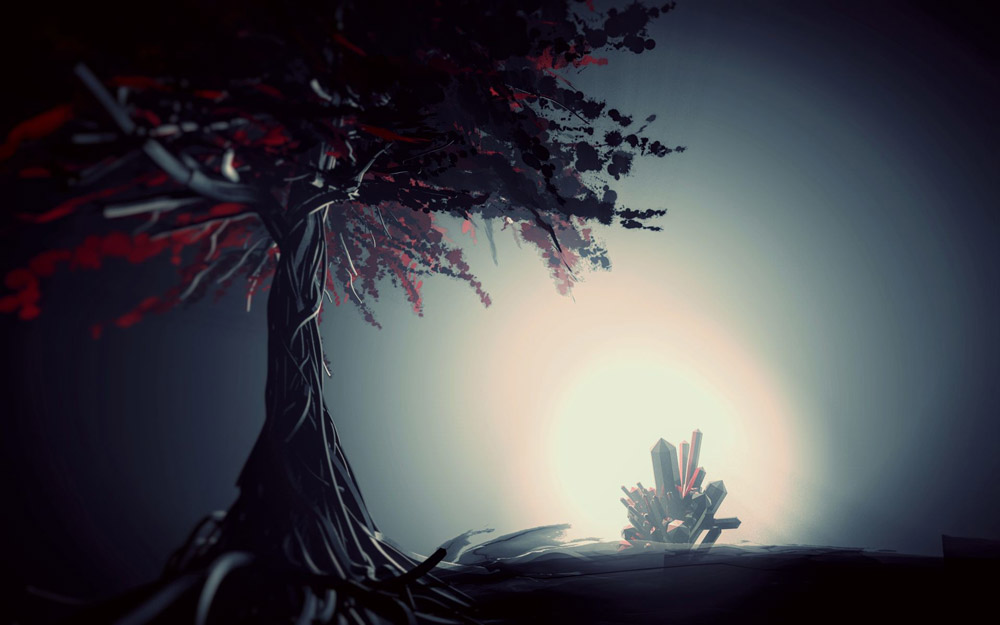 Every time I cover VR artists and see their incredible work, I can’t help but have huge urges to open up Tilt Brush and get painting immediately! It’s unlike anything that has come before it… a truly unique and limitless canvas! It enraptured Vlad so much that he forgot to eat or drink,

“The excitement of creating something from nothing is very hard to explain. You don´t just spread particles of charcoal or layers of paint across a surface. This is literally magic. I forgot to drink/eat for a longer period which made me feel not that good, but was totally worth it and I remember it very fondly. Stay hydrated kids!” — Vladimir Ilic (VRHuman)

VR art is quite different in many ways. Vlad points out that it “removes a lot of barriers/factors that open you up to a new kind of thinking”. He says VR art leads to thoughts for VR artists like, “Who needs gravity?”, “Yeah make that a few kilometers tall” and allows artists to do things like “casually painting with beams of light and rainbows”.

“You have to take a few steps back, and to some extent, let go of what you’ve learnt about how the world works. All this while not letting slip away all the art and design knowledge/intuition you have aquired over the years.” — Vladimir Ilic (VRHuman)

There are so many VR tools for artists that it really is open for all to do all sorts of wonderful things! Vlad says he uses “almost all of them really”. Including:

“Tilt Brush, Blocks, Oculus Medium, MasterpieceVR, Gravity Sketch, ANIMVR. There are so many VR art/design tools out there at the moment that it is hard to decide which one to use today. The only limiting factor right now are the numbers of hours I have available in a day.” — Vladimir Ilic (VRHuman)

While the majority of VR art I’ve seen has been drawn in Tilt Brush (the artists I interviewed for my earlier article were all Tilt Brush artists!), one of those tools he mentioned was Google’s new VR tool called “Blocks”. My early attempts at using it ended in what can only be described as extremely abstract art of questionable quality! However, my faith in the potential of the tool grew dramatically when I saw some of what Vlad had managed to achieve with it. It definitely seems worth exploring for artists out there. Vlad explains Blocks like so,

“I like to compare Google Blocks with a pencil. Simple, minimal. But extremely powerful and intuitive. If you switch to a designer persona you appreciate all the minute details and thoughts the designers and developers have put into making it.” — Vladimir Ilic (VRHuman)

Here is one of Vlad’s artworks he’s made in Google Blocks, a 90s CRT Robot:

Vlad explains the interface in Blocks as “clean and simple”. While the tools and features “remain highly functional”. Just like Tilt Brush, you begin with a blank canvas, however in Blocks, you create 3D shapes to model elements rather than painting. Its focus is very much on 3D modelling.

“Blocks is different in the way it enables people to create something without prior knowledge of 3D modeling software in a very fun and exciting way. The low poly artstyle removes the pressure of having everything look perfectly polished. At the same time it is crazy fast if you are someone that has spent a bit of time creating stuff. It is the VR pencil that let’s everyone have fun.” — Vladimir Ilic (VRHuman)

When I first opened Blocks, I found my creation to be entirely underwhelming in every way. When I asked Vlad about this, he pointed out, “This one is important. You sat down, and created something that was just an idea in your head. Now it exists in VR and can be 3D printed or used in an interactive experience you are working on — with Unity3D for example. It is crazy awesome by default. You can’t remove that property from whatever you have created.”

That’s a pretty good point. A random idea from my head was indeed just turned into a 3D creation. So, rather than be turned off an initial odd creation, stick with it. As Vlad says,

“Just sit down and create something you know you will have fun creating. The moment you see the two controllers in front of you, you are a master of Blocks.” — Vladimir Ilic (VRHuman)

So many artists in VR worked in other mediums before entering into VR art. Vlad worked in a range of mediums, always experimenting. He says, “I always experimented with every medium I got my hands on, and to this day try out as much as possible. The all time classics from traditional media are still very important to me. Charcoal, Gouache, Ink and all kinds of brushes still find frequent use in my process.” Vlad points out that whenever he is creating art and concepts in VR, he does use other “traditional 3D” methods too, mixing 3D tools, VR tools and still keeping a sketchbook and pencil with him at all times:

“‘Traditional 3D’ will also be an integral part of my workflows when creating art and concepts in VR. 3D modeling / rendering with software like Cinema 4D and Zbrush compliments very well with VR tools like Tilt Brush and Blocks. Combining the older with the newer art/design methods creates this awesome feedback loop, that generates an endless amount of fun. A sketchbook and pencil is still always by my side everywhere I go.” — Vladimir Ilic (VRHuman)

Vlad believes we’re in a key point in the life of VR art. This is the time when we can truly help it grow and flourish as its own medium:

“This phase of VR is very crucial. We have tons of responsibilities to showcase to the world what this technology is capable of. We have to work together to create mindblowing experiences, games and art that will contribute to the growth of the medium.” — Vladimir Ilic (VRHuman) 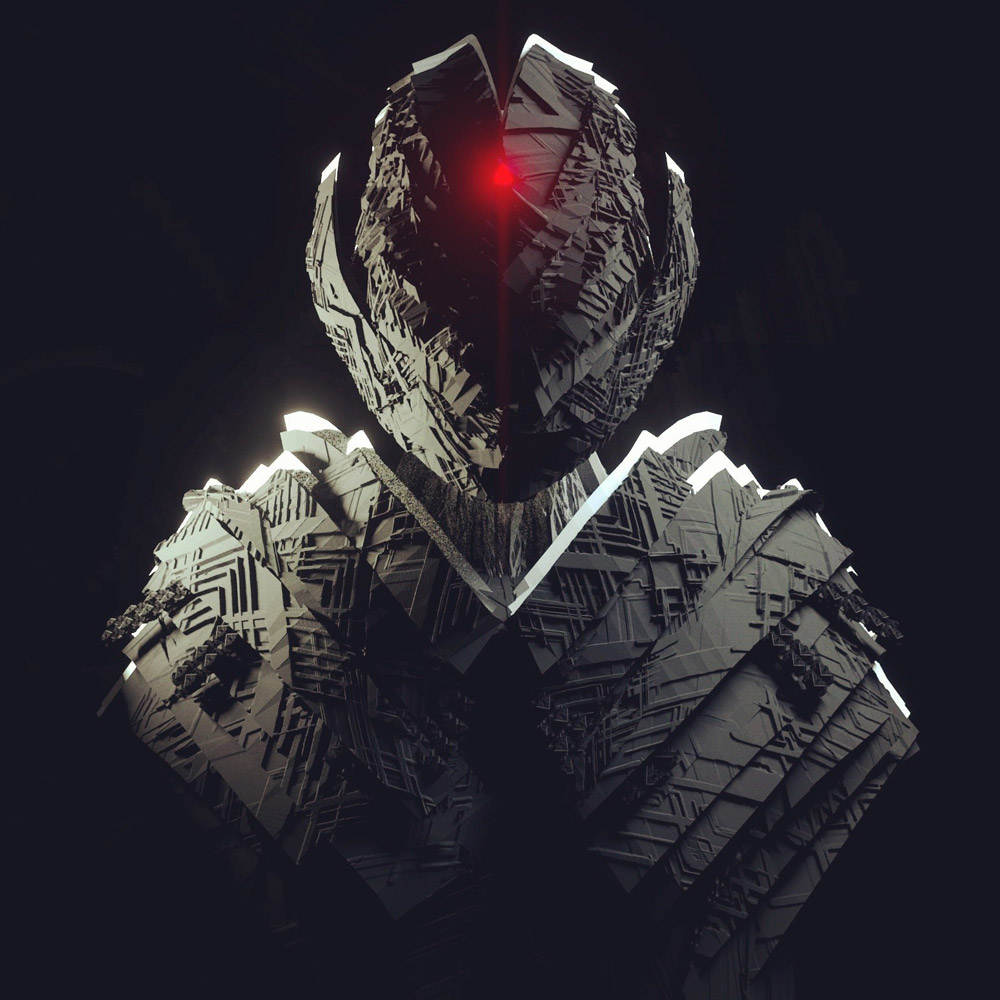 If seeing artwork like this, drawn by VRHuman in Tilt Brush, doesn’t inspire you… I don’t know what will!

So get out there and give it a go. Spread the word. Tell your creative friends about the potential of VR art and encourage them to give it a go! Vlad points out that the “community is very welcoming so just reach out on Twitter or any other channel and get in touch with people who share the same visions as you.”

I’d like to give a huge thank you to Vlad, a.k.a. VRHuman, for his time chatting about VR art! You can see more of his work over on YouTube or his own website. He’s available on Twitter too as @vr_human.