Taryn Southern has spent the past decade telling stories in creative ways through her video series, weekly YouTube videos and music. Her current endeavour is incredibly inspirational — striving to use VR/AR for positive social impact in her production and consulting company for social impact digital/VR/AR, Tribe of Good. 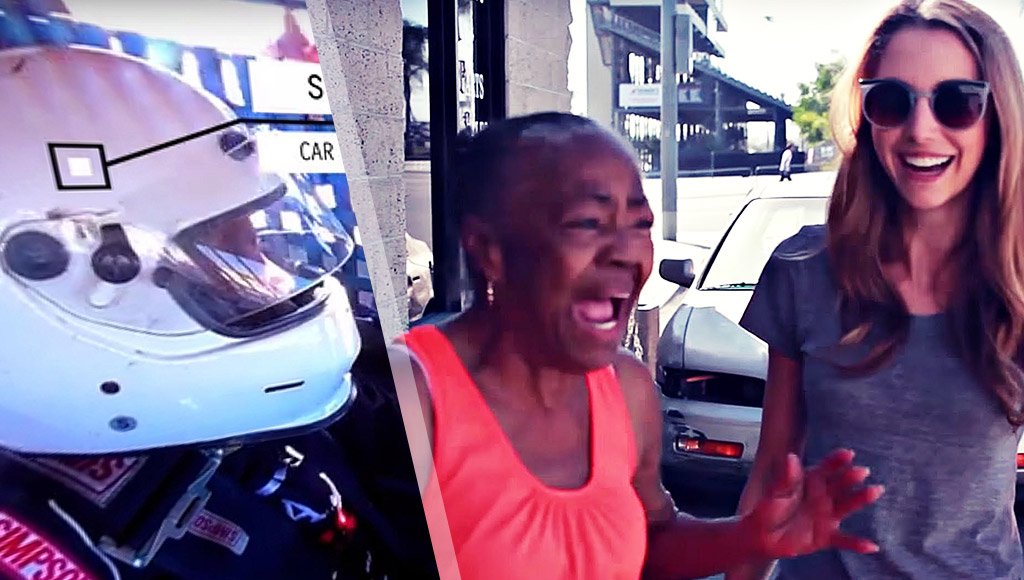 Shirley was pretty excited by her Wish of a Lifetime adventure, and you can see it in 360 video thanks to Tribe of Good!

This is an approach to virtual reality that I’m so glad to see — using virtual reality to have a positive impact on our world. With all the potential for storytelling and immersion that this medium brings, I find it uplifting and undoubtedly exciting that there are people out there making steps towards using the tech for such positive goals. I got in touch with Taryn and was pretty eager to see if she was available to share her story, and I’m so very glad she did.

Taryn says she first tried VR almost two years ago and “was instantly blown away”. There was something in this medium that inspired her to look further.

“As a storyteller, I’ve always understood how content can have a major impact on people, but I thought the power of this new medium was unlike anything else.” — Taryn Southern

Taryn definitely approached the industry from a different perspective, looking at how it could be used within storytelling and in particular — its impact on the brain.

“I immediately immersed myself in the space and started researching the work done in various neuroscience departments on VR’s impact on the brain. Then last fall, I started releasing 360 videos with complementary digital pieces, so social impact campaigns or organizations can tell their story with an experience and traditional storytelling to provide context. Next, I want to move into creating game engine content with the intent of creating a positive biofeedback experience for people wanting to alleviate stress or anxiety.” 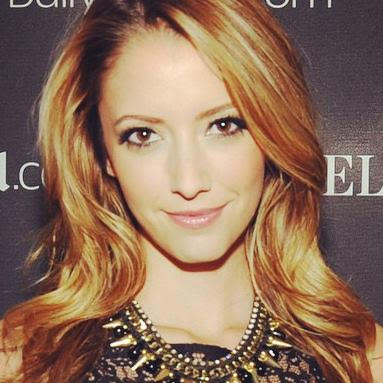 A lesson which I think many can take from Taryn’s journey is that you don’t need to jump straight into game engines like Unity and Unreal to get into VR. You don’t need to worry about knowing precisely how to code for VR or anything like that to have an impact — having storytelling experience and being willing to explore the possibilities of an immersive 360-degree video is a great start. Taryn began with 360 videos and was able to immediately start finding ways to make a difference. With that initial experience and with her research into the neuroscience of it all, she now has a great grounding in this new medium of content delivery to take it to new heights with content built for VR using game engines.

One of the benefits of virtual reality that is mentioned time and time again is immersion — the ability to bring someone completely into a new world or situation to see it from a certain perspective. VR is great for this and as Taryn explains, VR is in a great position to help bring good to the world for that very reason.

“One of the best ways to get people to empathize with a particular cause is for them to see it first hand. Obviously, traveling to impoverished parts of the world that lack access to food or water or spending time in jail cells or hospitals just isn’t possible for most people — and this is where 360 video and VR can help. It brings people one step closer to where their help is desperately needed.” — Taryn Southern

Her favourite project so far is a really lovely one which is best explained by Taryn herself:

“My favorite project has been for a 72-year old woman, Shirley McClure, who was granted a wish via an organization called Wish of a Lifetime. I produced a digital piece about her life, and then also a 360 degree video where you can ride in the race car with her for the first time. Because we had to rig the race car with 360 cameras, we weren’t able to use the fancier technology with great resolution, but there was something fun and useful about having that experience complement the digital piece.” 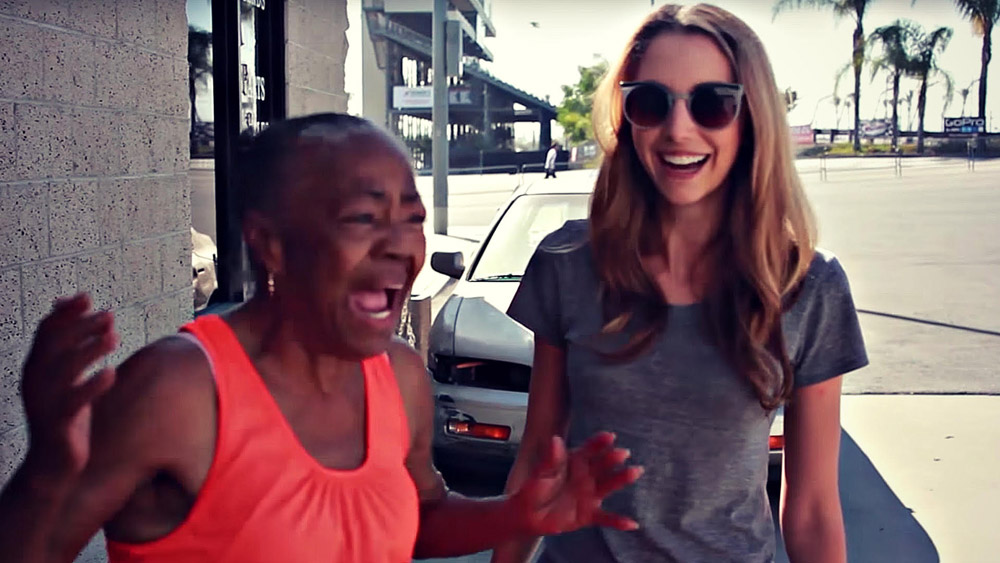 Taryn used a 360 video experience to compliment the greater narrative about Shirley and her granted wish in a very different way. 360 video brought people directly into the story too, allowing them to join Shirley and the team in her race car dream come true. There’s a whole new level of empathy that comes from this style of delivery, actually being there with her can help the whole experience become more relatable. After all — you were there too! 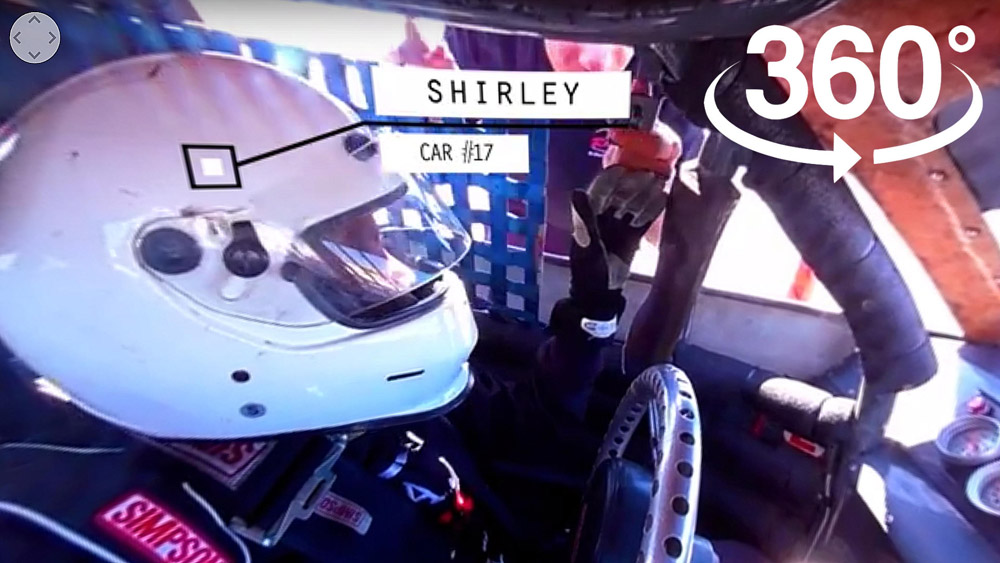 Joining Shirley McClure in her race car via 360 video

Taryn also sees real world benefits in using gamification and motion tracking in VR. This combination makes sense! Imagine being able to track someone’s movements, give them feedback and encourage them to make certain motions that will help them in rehabilitation and recovery. It could make a huge difference.

“VR projects that help those with limited motor skills (i.e. in hospitals and nursing homes) practice routine tasks to regain motion are incredibly important. Gamification helps out tremendously with this.” — Taryn Southern

Taryn has seen the positive benefits that virtual reality can bring to those in need. She visited Mott’s Children’s Hospital, one of the first in the US to try out VR in a hospital setting. Here’s a video of her experience there:

Taryn sees the potential for doing good in augmented reality through location-based AR and the many possibilities it brings. Taryn says that “similar to VR, AR will allow people to explore new worlds or to place information on their existing world. Let’s say you’re at the ocean and your AR glasses indicate there’s an ocean cleanup event happening later that week. Or it teaches you about the local marine ecosystem and ways you can help improve the marine quality. It’s impossible to imagine how people will expand on AR and VR but the possibilities are endless.” 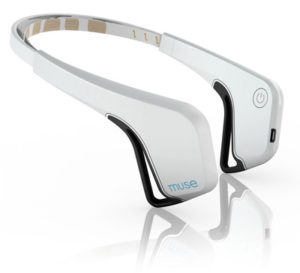 One aspect of emerging tech which Taryn brought up that she’s excited about was something I’d love to see more people explore too. She’s most excited by “the possibilities for VR entertainment that also provides identifiable health benefits through biofeedback mechanisms”.

The potential health and wellbeing applications for this are definitely worth exploring — and she’s personally on the lookout for developers to partner with her for a project on this, so if you’re interested in this area, get in touch with her!

“I think there’s potentially a huge market for developers who have an interest in creating pieces that respond to biomarker reactions like heart rate, blood pressure, breath, or EEG data (using wearable devices like Muse, for instance).” — Taryn Southern

Get out there and explore

Taryn’s final advice? It is still the early days of the industry, but know that there’s a community available to help you out!

“It’s still “early” to get into the VR/AR space, which comes with its advantages and challenges. I recommend being active in the VR community — online and offline — as people are so much more open and collaborative in the early days of any industry.” — Taryn Southern

To finish up, I thought I’d end by returning to this quote which I think says it all,

“It’s impossible to imagine how people will expand on AR and VR but the possibilities are endless.” — Taryn Southern

Get out there and expand on the capabilities that are so readily available to you. Whether you’re a storyteller who wants to get out there and produce a 360 video, or you want to build a whole interactive experience with Unity or Unreal Engine, there truly are endless possibilities. Most importantly, you can have a positive impact on this world within those possibilities. Find a cause you’re passionate about, an area of the world that needs a helping hand or someone to shine a light on their situation and package that up for the world in a virtual experience.

I’d like to say a big thank you to Taryn for being so kind and sharing her experiences so far in exploring using virtual reality for good! You can check out the Tribe of Good website for more on their activities and follow Taryn’s adventures on her YouTube channel.