Matt Weinberger at Business Insider recently wrote about the death of the smartphone and beyond. One technology mentioned in the distant “really crazy future” is neural lace — the very technology which is the focus of Elon Musk’s latest venture, Neuralink. Antony asks some open questions about neural lace tech. 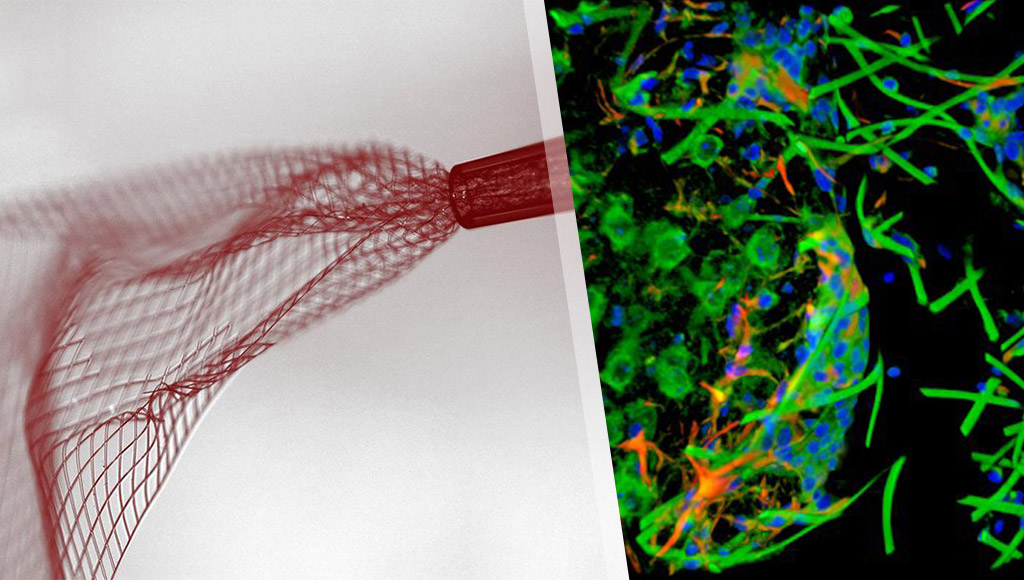 While Matt Weinberger’s article about the future of smartphones is an interesting read, one part of the article stood out for me. Two words in particular. Neural lace. Some might love the concept, others… might not be too keen on it. I’m going to pick apart neural lace as best as I can given the limited information out there so far.

How will it get onto our brains?

For a neural lace to be utilised, it first needs to be placed onto the surface of the brain. It is the excitement of cyborgs finally made reality! However, the method of getting this onto the brain isn’t set in stone just yet. Maybe you’ll need to find a neurosurgeon willing to crack open your head and perform what is essentially a cosmetic procedure on your brain, or maybe (hopefully) the tech will be small enough that it can be injected with a needle. Early research appears to show this is possible: 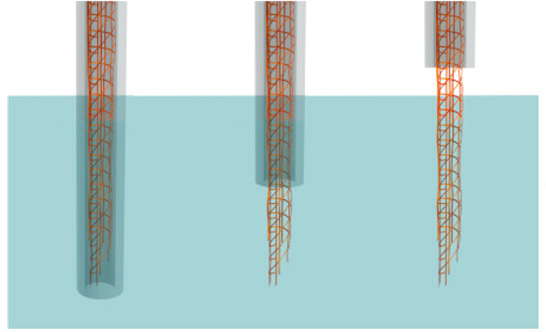 The end result is to have a neural lace layered onto your brain, which then forms connections with the brain itself. Annalee Newitz at Gizmodo explored research done on mice in this area,

“The most amazing part about the mesh is that the mouse brain cells grew around it, forming connections with the wires, essentially welcoming a mechanical component into a biochemical system.” — Annalee Newitz, Gizmodo

Some further research says it could be injected into jugular and travel to the brain, but I’m not sure how this is possible? While the electronics on the mesh are microscopic, the mesh itself is not. Injecting macroscopic devices into the bloodstream surely has the potential to cause blockages. From my understanding, when injected into the bloodstream, a neural lace cannot interact with the brain as there is very little connection between your bloodstream and your brain. This is called the blood-brain barrier (BBB).

“[The blood-brain barrier] closely controls what is, and is not, allowed to leave the blood supply and enter the brain. It’s your own personal customs and border security.” — Dr Karl, ABC

This is what prevents most pathogens and a host of macroscopic items entering your brain. Essentially if something is too big, it won’t cross the barrier. As the mesh is macroscopic, it has a chance it will perforate a blood vessel in the brain which can very easily lead to death. Considering that… I think having a hole drilled into your skull and the mesh injected through it really is the safer option.

How will it grow alongside our brain? 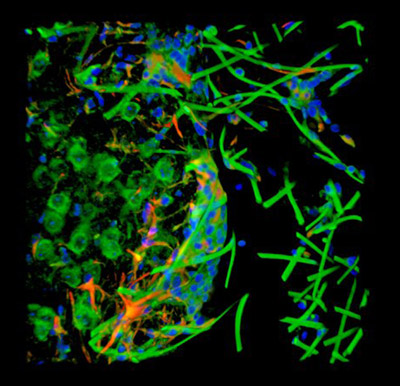 Annalee’s Gizmodo article on neural lace says the brain grows around the mesh forming connections with the electronics and welcoming a mechanical component into a biochemical system. In a previous article of mine I spoke briefly about something called a cerebral shunt. It is a mechanical component introduced into a biochemical system. Because it is mechanical it degrades over time causing a host of problems. As someone who has a programmable cerebral shunt installed in my brain for medical reasons, I’ve experienced problems like this first hand. It seems to me that there is little difference between the two.

Iain M. Banks, a Scottish author who coined the term “neural lace” in his writing, envisioned that a neural lace would grow with the brain. But I don’t believe it can. Sure, as a mesh it will stretch a little, but ultimately a brain that is still developing will encompass it, and that leads to problems. It is especially likely for older kids and teenagers who absolutely must have the latest and greatest tech, and increasingly younger kids, as well as parents want their children to have the best regardless of risk. And those risks are quite high when it comes to the brain.

The brain is a delicate CPU for your body

Your brain is the CPU of your whole body, if certain parts of your brain are damaged, your body will cease to function properly. Repercussions could be anywhere from a brain injury to becoming a beating heart cadaver. With a neural lace, any surge or feedback loop (accidental or deliberate) has the potential to fry parts of your brain. The parts involved could depend entirely on where the neural lace is. For example, having a neural lace placed on your visual cortex will affect your visuals, having one placed on your temporal lobe would affect your memory. That’s not good!

I can also see the potential for this tech to be used to stimulate parts of the brain to give you a high in a similar way to how narcotics today work. That by itself is opening a Pandora’s box that I won’t peer into in this article.

Surveillance and thought monitoring just might be a problem in the future with this tech too. In the case of replacing smartphones, your brain is sending and receiving data remotely. This could be GPS data, or the network of devices that would be needed to connect a person in Australia to a person in Antarctica. In order for a neural lace to fully replace smartphones, it would require something similar to a GSM or CDMA module to be included. Both of these technologies can be monitored to some degree or another. In theory, it may be possible to monitor someone’s thoughts. It just might even be used to imprint a thought or memory by providing feedback through the neural lace and into your brain!

There is a small upside for psychiatric patients. There is a treatment called electroconvulsive therapy (ECT). ECT is used for treating major depressive disorder, catatonia, or prolonged or severe mania where regular treatment has been ineffective. it is also used in conditions where there is a need for a rapid, definitive response because of the severity of a psychiatric or medical conditions.

ECT involves placing electrodes on either side of the head and sending a prolonged AC modulated electrical shock. Previously no sedatives were given, and it was by all accounts extremely painful. In current practice these days, a patient is sedated before they are shocked, but it can still lead to physical damage. Now imagine for a moment, a neural mesh being used. The current required is much lower, and there is no physical damage to the body. Recurring treatment would be much easier with a neural mesh in place, and more cost effective as well. However, you still run into the problem of interfering with a developing brain, so I think it would only be worth doing for people at the stage of a fully developed brain. As a brain grows, it will encompass any implants — making repairs or replacements impossible.

Imagine a neural lace implanted into a 10 year old to treat a psychological issue. They are then released from their psychological institute with the neural lace still in place. 10 years later that individual is brought back to the same institution for more ECT. The brain has grown around the neural lace, and now — rather than giving a shock to one part of the brain — you’re shocking the brain stem instead, as the neural lace has moved. There are two ways around this. The first is to remove the neural lace after treatment, but that comes with its own problems. The second is to limit the usage to people with adult brains.

Treatment wise, there are many potential areas that neural lace might help us with. People with epilepsy could find significant benefits to neural lace as well. Imagine being free of convulsions because your neural lace is taking that excess electrical activity and channeling it away from the brain. A treatment of epilepsy using a responsive neurostimulator has already been achieved inside patient, Chelsey Loeb:

“The device constantly records the electrical activity in specific areas of Loeb’s brain, scans for the signature of an approaching epileptic seizure, and then triggers a burst of stimulation. The idea is to interrupt the abnormal activity before it can spread across her brain and interfere with her movements, mood, memory, and cognition.” — Eliza Strickland, IEEE Spectrum

I can see uses for a neural lace outside of your head as well. Your spinal cord is made up of neurons. Your muscles are made up of a particular variant called a motor neuron. You could, in theory, use a neural lace to bridge the gap in your spinal cord and interface directly with your arms or legs. Better still, prosthetic limbs could function almost the same as a natural limb, by utilizing the part of your brain you use to move your arm via communication over a neural lace.

Of course, you might need to undergo biofeedback training for some of these examples, such as epilepsy. The training involves literally training your brain to modulate itself to bypass seizures, either reducing their severity, or cancelling them out entirely. Alternately using a brain-computer interface requires biofeedback training (a treatment technique in which people are trained to improve their health by using signals from their bodies) to actively send signals to the right place at the right time.

Like any electrical device, it’s completely pointless to have a neural lace in place if you don’t know how to use it. Brain-computer interfaces (BCI) and Brain-machine interfaces (BMI) work under the same principles. Often the two terms are used interchangeably. The only real difference is one connects to a computer with no other devices in the chain, the other is an extension of the computer in the form of robots (as an example). The neural lace just makes it easier, because you don’t have to be strapped into an external device — you are the device.

In the wrong hands, the potential risk of physical damage and breaches in neural security are high, but in the right hands, the potential benefits for humanity are greater. I implore Elon Musk, and other developers of this tech to acknowledge the potential pitfalls, and actively work to mitigate or prevent them. With all the social, ethical, and moral ambiguity that is inherently attached to new tech, it is always exciting to see what people come up with. What would you use it for?