This week, we flame-throwing drones, a new patent for foldable Samsung AR glasses, a look at Neuralink’s plans, people freaking out about Apple “abandoning” AR (I don’t think they are), a new conversational AI platform, a new Azure Kinect AI camera and more! 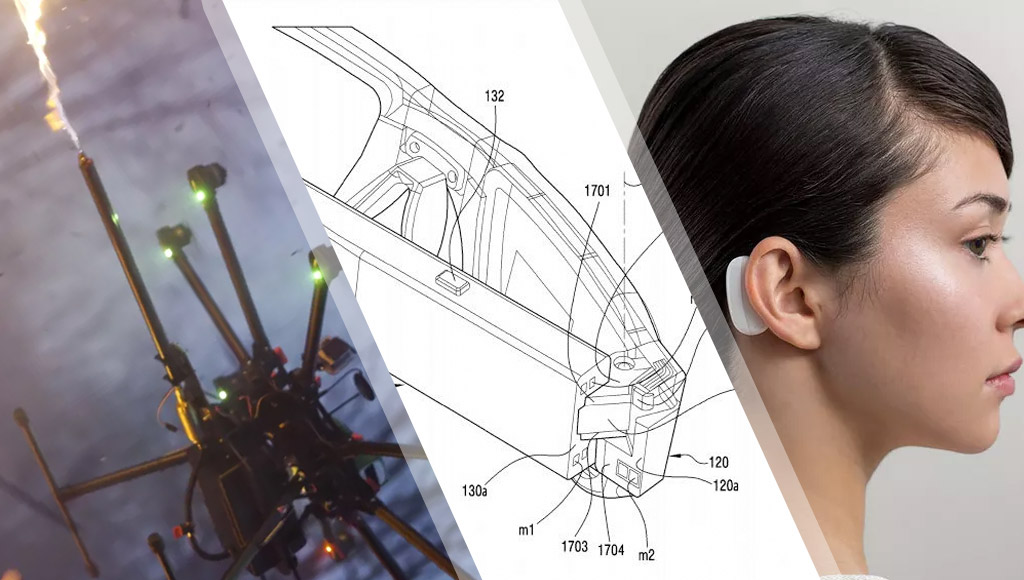 A recent negative article from CNBC conveniently missed the sales stats from Oculus’ two longest running and best selling headsets, so Palmer had something to say about that.

Pilot a virtual TARDIS at San Diego Comic-Con in Doctor Who: The Edge of Time

It is set to launch September 29th on PlayStation VR, Oculus Rift/Rift S, HTC Vive and Vive Cosmos! Sounds really fun to me.

I haven’t tried this yet but it’s a curious attempt at a multiplayer game that gives each platform different capabilities. Neat idea!

“VSDK is a Unity-based solution for developers looking to create naturalistic user interactions whilst supporting a wide variety of headsets”.

Why Did Apple abandon its AR and VR headset dreams?

Hold up. This is all a rumour — don’t go spreading this as a confirmed bit of news… it’s actually likely to be false. Stay calm if you see this news!

It’s only US$79 but is a simple entry level device for devs who want to try out the RealSense SDK without forking out too much cash.

Their Foveated AR prototype uses both a concave half-mirrored display where your vision is clearest and a wide field of view display for your peripheral vision.

This foldable AR glasses patent looks pretty darn exciting, even if it doesn’t get released some day.

Register your interest and maybe, just maybe, you’ll get early access at some point!

These US$200 swimming goggles have a see-through display to show activity info to swimmers in real-time! Underwater Iron Man!

Speaking of Iron Man, he’s not the only one using augmented reality in the Marvel cinematic universe!

They’ve got a robot prepped to install them into your brain, have managed to make a monkey control a computer with its mind and have some grand plans.

What you look like as a renaissance painting, according to AI

A new project lets anyone play with an AI to create stunning portraits.

You wouldn’t have to unlock your PC to talk to Alexa — she’ll be ready and waiting!

Kinect is back in an AI developer kit for US$399 and has a 1MP depth camera, 360-degree microphone, 12MP RGB camera and an orientation sensor.

The flamethrower drone will soon be a thing you can buy

I can’t imagine the potential issues flying one of these around will cause.

Tiny vibration-powered robots could repair your body from the inside

“Georgia Tech’s ‘bristle-bot’ can run on vibration from nearby sounds to move quickly”.

Aina is an AI-enabled smart ring

It has a touchscreen, motion sensor, microphone and a whole lot more that connects to your phone via Bluetooth.

IBM’s ‘Hypertaste’ chemical sensor will let robots taste all those things we kinda don’t want to taste ourselves.

Study: Seniors talk with AI chatbots more when the conversation is deeper

“Subjects who interacted with the agent regularly over the course of weeks had stronger sentiments about topics concerned with goals rather than routine activities, as well as stronger self-disclosure for more intimate topics.”

I feel like the above heading is pretty thorough.

“Researchers at Google detail a novel ‘data echoing’ technique that they say might dramatically speed up AI model training”.

It’s like Ant-Man but real life! In robot form.

Is there any game AI won’t be able to beat us in soon?

Spoiler warning! This neural network spots dangerous reviews before you read them

Get ready for a new era of personalized entertainment

“New machine learning tech, user interfaces and automated content creation techniques are going to expand the personalization of storytelling” — while I don’t know if I agree with everything this article foresees, it’s a really fascinating discussion!

This is clearly Alexa’s true calling.

It turns out that not every USB-C cable will power the new Pi.

Hacking this smart bulb is almost too easy

The ESP8266 is in a whole lot of commercial devices these days, including this smart bulb.

Seeed Studio has released a new tiny development board!

The trials and tribulations of building an IoT garage door opener

RIP the set of roller door motors that were harmed during the making of this project.