This week, Little Bird worked out how to print way more colourful PCBs, Facebook have a haptic wristband prototype for AR/VR, Apple have a patent for an AR headset that can track your whole face and Microsoft demoed a multi-language virtual avatar clone we may one day all make of ourselves! 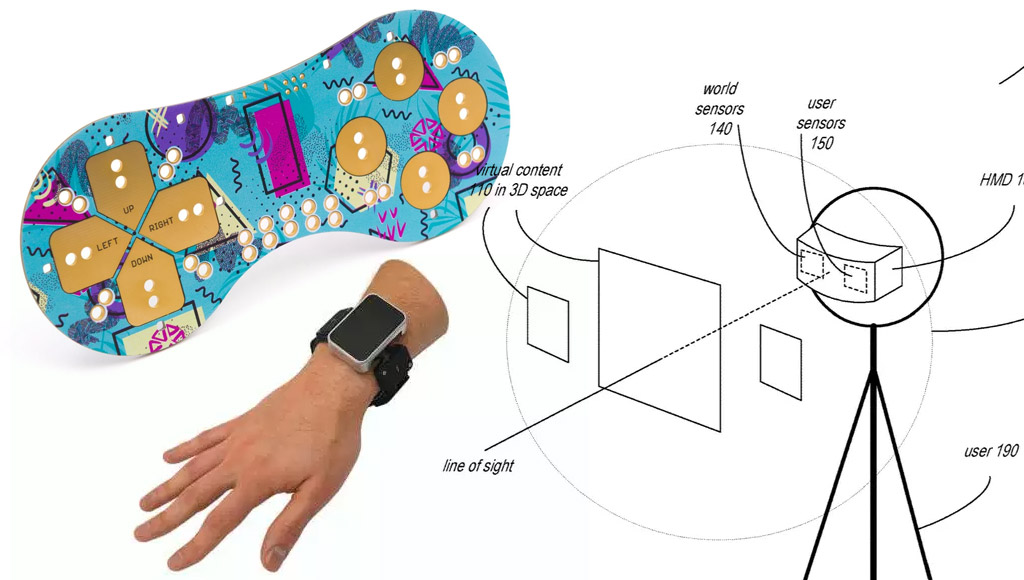 We might see future iterations of Bandersnatch and other Black Mirror episodes in VR.

Dual-folding fan controller brings the sensation of weight to VR

A new chance to live out life as a cat in VR.

The fall and rise of VR: the struggle to make virtual reality get real

They look a bit like a smartwatch but it’s there to buzz and immerse you in VR/AR.

PlayStation VR 2 will be great, but don’t be fooled — it won’t be cheap

A report suggested that Sony “will load up the PSVR 2 with the latest tech at a low price point” — Venturebeat has thoughts on that.

It looked like you could return any apps if used for less than two hours, but there are limitations to that.

Microsoft’s Assistant General Counsel will represent the company on XRA’s Board of Directors.

Neuralink announces new BCI: why us VR people should care

Mr Howls discusses his thoughts on Neuralink’s upcoming brain computer interface and its impact on VR.

The beta version of NRSDK, the SDK for the Nreal Light smartglasses is out there for developers to download despite their legal battles.

“Hand, eye, and jaw tracking are all on the table” not too long after that initial rumour Apple weren’t doing AR headsets anymore.

“DebuggAR is currently an iPhone-only smartphone app tool that lets engineers and students perform component-level and net-level inspection of their designs.”

NASA partners with us navy to develop AR displays for spacesuits

NASA wants to repurpose a dive helmet for their EVA spacesuit.

Your AR clone can speak languages you cannot to give presentations all around the world!

It looks very cool when you view it through smartphone AR!

FaceApp has been going viral again as people generate images of themselves as the elderly. People have been concerned about the Russian company’s use of those photos. Here’s the company’s response.

“Microsoft and OpenAI will team up to bring AI to Azure and advance artificial general intelligence”.

Uber’s EvoGrad is a dev library for evolutionary algorithms

The world’s most-advanced AI can’t tell what’s in these photos. Can you?

How IBM tweaked its Wimbledon highlight-picking AI to remove bias

IBM has been tweaking its AI highlight-picking algorithm to “remove bias for or against certain players”.

“Oakland is now the third U.S. city to ban facial recognition use by local government departments, including its police force”.

Researchers at Alphabet’s DeepMind can generate videos with AI… soon will they not need content creators at all?

These vibration-powered robots are dwarfed by most ants

These robots are super tiny! Nano-sized to be exact.

A look at what hardware can handle running neural networks on the edge.

This is a neat way of telling how much water your shower is using via a flow sensor.

Wyze bulbs are a good add-on to the ecosystem

Why Raspberry Pi isn’t a good choice for commercial products

All About Circuits talks about why the Pi might not be what you need for a professional project.

Arduino usually can only store data in RAM, but this lets you have some more persistent storage.