This week, we’ve got a few Magic Leap mentions, Firefox Reality is out on Oculus Quest, we’ve got AI generated emoji mashups, machine learning powered code autocomplete and Facebook are helping map out areas in communities not covered by Google or Apple Maps. 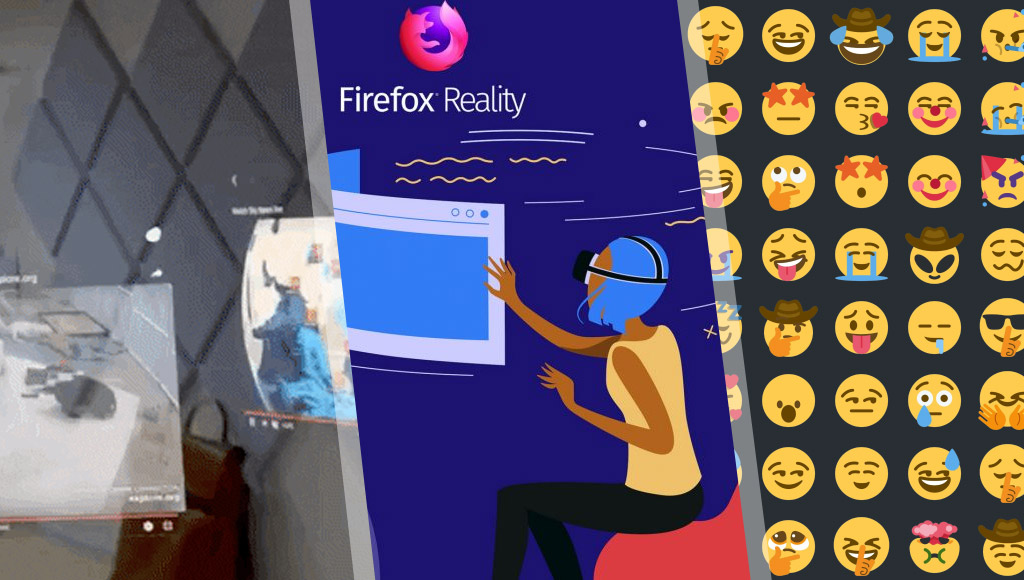 Firefox Reality has gone beyond the HTC Vive Focus Plus and Lenovo Mirage to now be available on the Oculus Quest!

You can watch Amazon Prime Videos from the comfort of your own private theater in VR, similar to Netflix’s VR offering — it’s available on Samsung Gear VR, Oculus Go and Oculus Quest.

Looking to be social with your Oculus friends with the non-Quest headset? You can now!

Psychologists are using VR to transform people into animals

“Psychologists are working to understand how VR can be used to transport individuals into different bodies, and if it is possible to do so with animal avatars”.

Some of the MozVR team put together a mixed reality editor which they’ll be open sourcing and writing articles about for others to learn from.

“Apple has described a potential system for using a mobile device’s camera (presumably, an iPhone or iPad, or another, unreleased mobile device) to overlay navigation prompts on the live view of the road in front of the driver”.

Adario Strange spent a day working with his Magic Leap One and gives his take on what it’s like.

Map Merge, the cloud-based protocol for multiplayer support on Magic Leap One, is now public beta for others who want to make their own multiplayer experiences.

Facebook AI is helping mark out a lot of the dirt roads in communities that often get overlooked by Apple and Google.

Siri has contractors reviewing recordings who say accidental triggers are highest on Apple Watch and HomePod, contractors hear everything from doctor’s appointments to sex.

TikTok might be able to bring AI-powered music composition to their app soon.

Alphabet has teamed up with DeepMind to develop new training methods that use AI.

Autocomplete for coding, powered by machine learning trained on 2 million files from GitHub.

This twitter bot mashes up emoji to create fresh faces

They’ve got a Particle Mesh Battle Bot System, a Set of Reaction Training Devices, a Digital Manometer and a Solar-Powered Pollution Monitor.

Lyra is a handheld gaming system powered by a Raspberry Pi

It’s a handheld Linux computer that you could run all sorts of emulators and such on!

Elk, a blockchain dev board for decentralized IoT, launches on Kickstarter

“Elk is a hardware development board for the blockchain and the decentralized web. It combines the simplicity of Arduino with native support for decentralized networks. With only a few lines of code you can build IoT that interfaces with Ethereum, IPFS, Whisper, and more!”

All About Circuits has a look at three secure microcontroller choices.