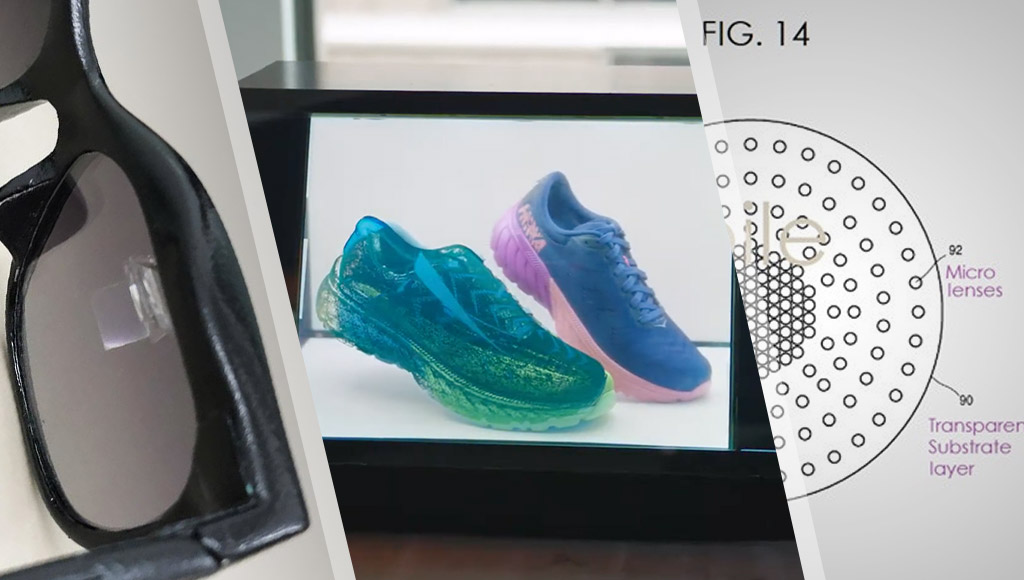 The Vive Focus Plus will be able to access your PC’s VR content as long as you are a Viveport Infinity subscriber.

Amazon Sumerian now supports “a method of shading 3D content that takes into account the physical properties of the content, such as whether an object is metal or non-metal, to properly render how light reflects off the object”.

You can now see the incredible ceiling of the Sistine Chapel in VR.

A report claims that Facebook’s development partner for the Oculus Go, Xiaomi, has laid off the dozen-person team responsible for Go’s twin, the Mi VR headset.

Faster algorithm could lead to more realistic sounds in VR

Generate new VR sound models in seconds rather than hours.

Neuralink has a competitor trying to read minds — Facebook is the “first to decode question-and-answer speech from brain signals in real time”.

It renders augmented content over real world objects sitting in a display space — I can definitely see this style of AR spreading like wildfire soon enough.

No more major updates on their way as Microsoft focus on the HoloLens 2 that’s coming rather soon.

Samsung appears to be exploring the possibility of smart contact lenses

Many would prefer smart contact lenses to AR glasses, while they’re likely a while off, it looks like Samsung are one of the companies looking into them.

This app lets you use an intuitive and simple visual interface to try out visual AI.

It is these sorts of very subtle styles of smart glasses that will help AR go mainstream.

The shiny Rebble future: one year after the Pebble server shutdown

A great look at what’s happened in the first year of post-Pebble server shutdown. Things are looking pretty promising.

In response to the Guardian story last week about recordings of Siri queries being reviewed by humans for quality control, Apple has temporarily halted human reviews for now — soon you’ll be able to choose if you want to participate.

Similar to Siri above, Google says they’ve already stopped manual reviews of recordings from its voice AI throughout Europe.

Amazon has also taken action on this, in the Alexa smartphone app you can decide if your recordings are used in human review by going to “Settings” > “Alexa Privacy” > “Manage How Your Data Improves Alexa”.

The Black Mirror creator’s wife says Alexa was then switched off.

Don’t worry everyone, we’re developing fast robots that are more robust than cockroaches.

“Users need simply snap a photo of any drawing, clay sculpture, or person, and watch as the subject is instantly cropped out of its environment and converted into a moving 3D image”

Should we worry about the robots and mind-reading apps remaking our world?

“Technology is spying on us and machines are becoming more human. But it’s not all dystopian”, says Guardian technology editor Alex Hern

“Researchers have developed a technique that allows them to remotely control the movement of soft robots, lock them into position for as long as needed and later reconfigure the robots into new shapes”.

AI weekly: acquiring AI expertise is both a technical and emotional journey

Can AI be recognized as an inventor?

An interesting question — can an AI own a patent on its own inventions?

“Researchers propose an ‘invisible’ keyboard – the I-Keyboard – that taps AI to adapt to any position and angle”.

Amazon Polly Newscaster is the result of years of research on text-to-speech.

A guide to virtual beings and how they impact our world

The concept of “virtual beings” is growing as an industry.

“By analyzing single particles of light, this camera system can reconstruct room-size scenes and moving objects that are hidden around a corner”.

Everyone likes a good LED show and this display looks pretty darn cool.

There’s a security flaw in the Amcrest IP2M-841B IP camera which lets people remote spying without any form of authentication.

Unencrypted protocols in IoT devices are way too plentiful out there.