This week, we had the first virtual being to win an Emmy, retro game AI translation, real-time hand tracking on mobile cameras, YouTube has been removing robot combat videos due to “animal cruelty” and more! 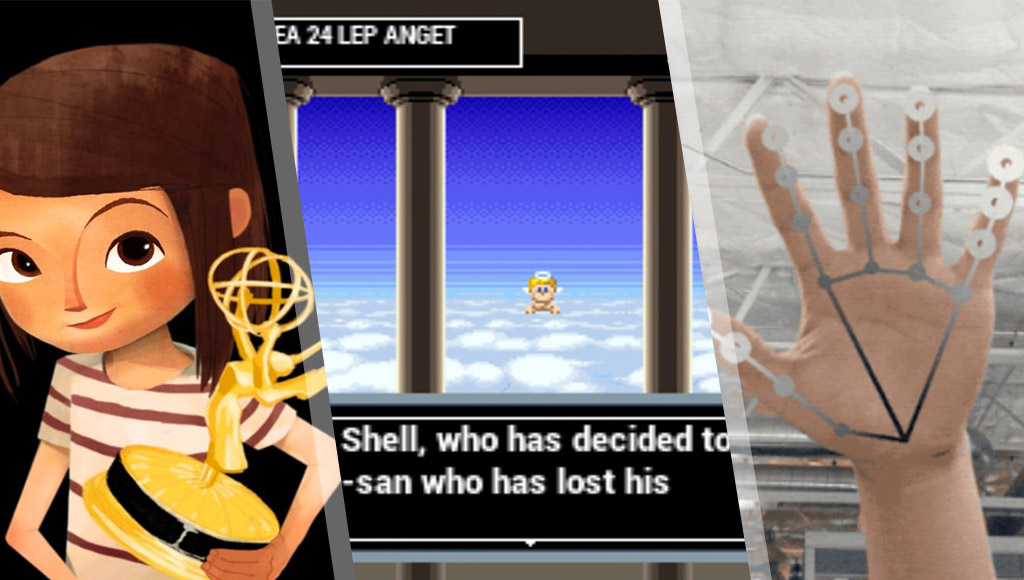 The campaign’s final stretch goal has been revealed.

Part one of a series from Smashing Magazine on building WebVR with A-Frame.

Fable Studio’s ‘Lucy’ the first virtual being to win Emmy

Wolves in the Walls won the award for Outstanding Innovation in Interactive Media.

From the lab to the living room: the story behind Facebook’s Oculus Insight technology and a new era of consumer VR

A look at Facebook’s journey in developing wireless headsets with inside out tracking.

The Walmart CEO said the team felt their VR training helped when it came to the awful day.

To build Westworld in VR, HBO treated it just like a TV show

They had 18 months to put it all together.

It has 14 extra-sensory VR pods, a bar and a poke kitchen.

“Red Matter has sold better in 1 week on Oculus Quest than it has in more than 15 months on the Rift”.

Inspectar uses augmented reality to help you inspect your PCBs

“At the most basic level, Inspectar uses augmented reality to lay a representation of your board’s design over a real-time image of the actual physical board.”

In a study of patients with a degenerative eye disease that results in poor vision, it was found that adapted AR glasses could improve mobility by 50% and grasp performance by 70%.

“Security researchers have created ShareAR, a toolkit that lets developers build collaborative and interactive features into AR apps without sacrificing their users’ privacy and security”.

Why did YouTube think that robot combat is the same as animal cruelty?

YouTube has been removing videos of robot combat due to “animal cruelty”.

Hand tracking is hard and Google’s latest method “achieves real-time performance on a mobile phone, and even scales to multiple hands”. That’s pretty darn impressive. There are also hopes this could allow for real time sign language tracking.

Mustafa Suleyman is out until “at least” the end of 2019 and the media is speculating as to why. Nobody really knows why but the tech media are spreading the thought that it could be due to ethical questions from recent projects. Maybe he just wants to chill for a bit.

This clay robot can mold itself into new shapes

One step closer to Transformers.

RetroArch, a tool for playing classic games, can now can translate Japanese to English so you’ll understand a bit more from those retro Japanese games!

OpenAI didn’t want to release their fake news AI, but of course, it has been recreated (as was inevitable).

Considering weaponising your drone? The FAA say it may lead to “significant harm to a person and to your bank account”. How much bank account harm? A US$25,000 maximum fine.

The best robotics kits for beginners

Engadget and Wirecutter teamed up to look into robotics kits and they really liked the Lego Boost.

The risks of amoral AI

“Artificial intelligence is now being used to make decisions about lives, livelihoods and interactions in the real world in ways that pose real risks to people”.

The little book that lost its author

“Human creativity was, for a long time, something computer scientists simply wouldn’t touch” — that’s no longer the case.

This is before they stopped it last month. That’s a whole lot of recordings.

Understanding the animal brain could help robots wash your dishes

“Neuroscientists show how evolution and animal brains can be a rich source of inspiration for machine learning, especially to help AI tackle some enormously difficult problems, like doing the dishes”.

“They found that parts of the primate visual system may work differently than previously thought”.

Intel is getting into the AI-centric CPU chip game to compete with Amazon and Microsoft.

The Portable Home Speaker from Sonos is has Wi-Fi, Bluetooth, Google Assistant, Alexa, AirPlay 2 and Spotify Connect for US$349.

Google Nest Home account migration: it shouldn’t be this hard

Stacey Higgenbotham on the difficulties posed by Google’s changes to the Nest ecosystem.

The future of wearables? Linen thread that can be sewn into your body

“It could be used to create something like an internal internet, connecting organs and tissue with sensors in a seamless network”. Does that make anyone else feel squeamish?