This week, we had a lot of AR news! HoloLens release was revealed for September, we’ve got the new Rhino X AR headset, a music video made using Instagram filters and 6D.ai’s AR cloud is going to start appearing in iOS apps and on the Nreal Light headset. 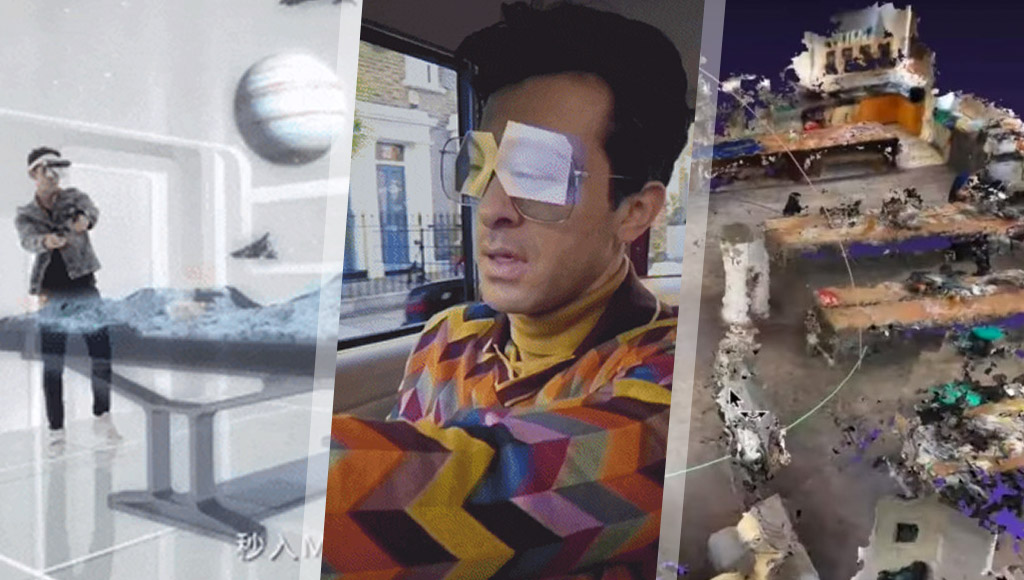 Oculus CTO John Carmack was interviewed by Joe Rogan and it was a pretty fascinating interview.

VRGO Mini is a VR controller that you sit on

It is “a balance board-like controller that you sit on, giving you more movement options in VR”.

VR gives dementia patients “magical” trip to their past

VR can help stimulate memories in dementia sufferers and may help them retain connections with loved ones some day.

A whole bunch of men in the gaming industry have been accused of sexual misconduct this week — these stories are horrible to read, but I’m hoping they lead us to a better future where this isn’t a thing anymore.

6D.ai is pretty darn exciting for the AR cloud! iOS developers can now publish their 6D.ai-assisted apps to the App Store. Their SDK is now also available for Android.

We’ll finally start to see HoloLens around the place!

If you haven’t given Snapchat filter creation a go, they’ve made some updates that make it worth checking out.

“According to reports by MacRumors, Apple is currently in development of a Bluetooth beacon device that allows iOS and watchOS users to track their personal belongings using AR navigation”.

We’ve got a new Weather Channel mixed reality visualisation for the coming hurricane (if you’re in its path, please stay safe!).

“Researchers found that adapted augmented reality glasses can improve patients’ mobility by 50% and grasp performance by 70%”.

How to create a seamless mobile AR experience using ar.js

Skarredghost has a guide on using ar.js to make JavaScript-based AR.

The company behind the Star Wars Jedi Challenges AR headset now has its own headset with a vertical field of view of 57 degrees and a modular battery system.

It is “a 2D content-focused, portable private headset display” rather than the AR headset they did before this.

“The new video is available in Mark Ronson’s Instagram Stories in its entirety and was shot entirely on smartphones”.

The Anafi FPV is a four-propeller drone designed to be flown with a heads-up display headset.

Jack Ma says it’s nothing for “street smart” people like them to be scared of. Elon Musk says “that’s like famous last words”. I like Elon Musk.

Apple is making audio review an explicitly opt-in process and bringing review of that audio inside Apple.

Soon robots and electronic devices may be able to feel pain through sense of touch, just like the rest of us.

This AI gives emojis real faces and the results are horrifying

Fast Company looks at an emerging risk of AI coming into workplace survellance.

“In a new preprint paper on Arxiv.org, researchers describe an AI system capable of generating melodies from lyrics alone”.

“Engineers have developed a magnetically steerable, thread-like robot that can actively glide through narrow, winding pathways, such as the labrynthine vasculature of the brain”.

Soon you’ll be the greatest golf player ever.

The BBC is developing a voice assistant, code named ‘Beeb’

They’re looking to put it on their website and such, not really within their own smart speaker.

Fitbit has completed its clinical trials for sleep apnea

They can’t say when sleep apnea detection is coming as it relies on regulators, but it’s on the way!

So is your Arduino lying to you?

Hackster ask, “is there really a problem with the Arduino analogRead() function?”

It allows you to interface easily with the Raspberry Pi’s 40-pin GPIO connector.

Retroshield emulates classic 8-bit computers like the Apple I

With an Arduino Mega and a RetroShield with a 6502 or Z80, you can emulate classic computers!