This week, we have an upcoming release for AltspaceVR on Oculus Quest, DIY smart glasses inspired by the latest Spiderman movie, a new Nintendo VR patent, high res AR headsets for search-and-rescue and AR-hopes for the looming Apple event. 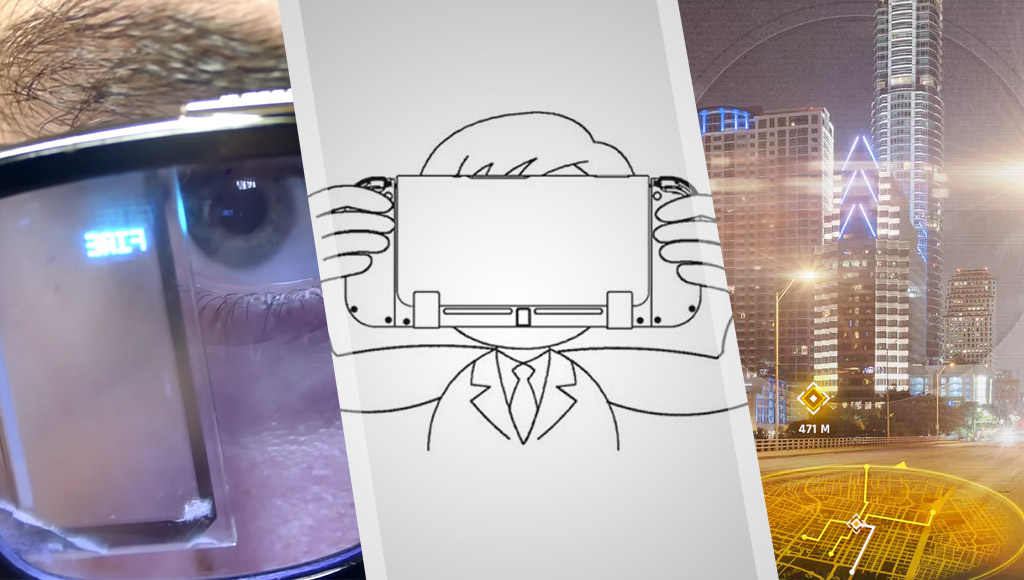 It looks like they’re considering making a plastic version of the Labo VR headset.

“Owners of the original Oculus Rift CV1 worry they won’t be able to get replacement parts now that Facebook has discontinued it”.

Exciting news! AltspaceVR will be on the Quest very soon!

There are hopes that the Apple event on 11th September will reveal details about their AR headset (it’s possible, I’m hoping they will, but it is very unlikely!).

The rumour is that it will add sophisticated tracking of the device’s current position and inertial data that could be used for AR and other things.

Mike Cadouxi from Qreal on the underused AR wrapper from Google.

Augmented reality, via Google and Apple, will be the biggest star of 5G

Dimension of Heroes is a new mobile app for iOS and Android that works with the Mirage AR headset that used to have mainly that Star Wars experience.

MozVR look at how we can think about the placement of objects in AR.

I’m cool with having one of these and running around rescuing cats from trees. It is my new calling.

Apple’s ARKit3.0 just made AR actually useful (for us)

A look at some of the changes in the new ARKit.

Augmented reality is reaching a mature state according to Gartner

AR is apparently coming to a mature state “because it is useful for businesses”. I feel like that could be a bit premature?

Creating a data set and a challenge for deepfakes

Facebook, Microsoft and a whole range of organisations have begun the Deepfake Detection Challenge.

How to build artificial intelligence we can trust

The goal is for “a work-filled future” for Americans — it’s curious to see AI becoming a consideration for more and more politicians.

Who needs PewDiePie when you can have AI commentating on gameplay instead, right?

They’ve used AI to look through hours and hours of video (14 years worth) to be able to track and identify chimpanzees.

Coming soon to a battlefield: robots that can kill

“Tomorrow’s wars will be faster, more high-tech, and less human than ever before. Welcome to a new era of machine-driven warfare”.

Focos 2.0 uses AI to add portrait-mode effects to any photo

This AI can let you control depth of field with a single-lens camera.

“Japanese startup Empath is developing AI that can suss out a person’s emotion from their intonations”.

New domain classification may help Siri work out what your intent is much more accurately soon.

A pair of AI-powered E.D.I.T.H smart glasses you can make yourself

Inspired by the movie “Spider-Man: Far from Home”, this DIY pair of glasses looks kinda cool as a prototype — just note it needs a laptop to run!

“Google’s Neural Structured Learning is an open source framework that works with TensorFlow to train neural networks with graphical data”.

“Alexa, roll down the windows!” Inside Amazon’s quest to get in your car

Amazon has a longer term plan to get into your car that goes beyond just the Echo Auto.

How I’m using AI to write my next novel

One author is using AI to supplement his process, rather than being fearful of it.

Can you really use the Raspberry Pi 4 as a desktop machine?

The Pi 4 is indeed faster and has more HDMI ports…

Reviving a vintage pinball machine with an Arduino

This looks like it would be a lot of fun!

ZDNet not holding anything back here.

Common PCB stackups for a four-layer board

All About Circuits looks at the common options for a four-layer PCB board stackup.

They also looked at the major causes of high temperatures on PCBs that cause failure and damage to the board.