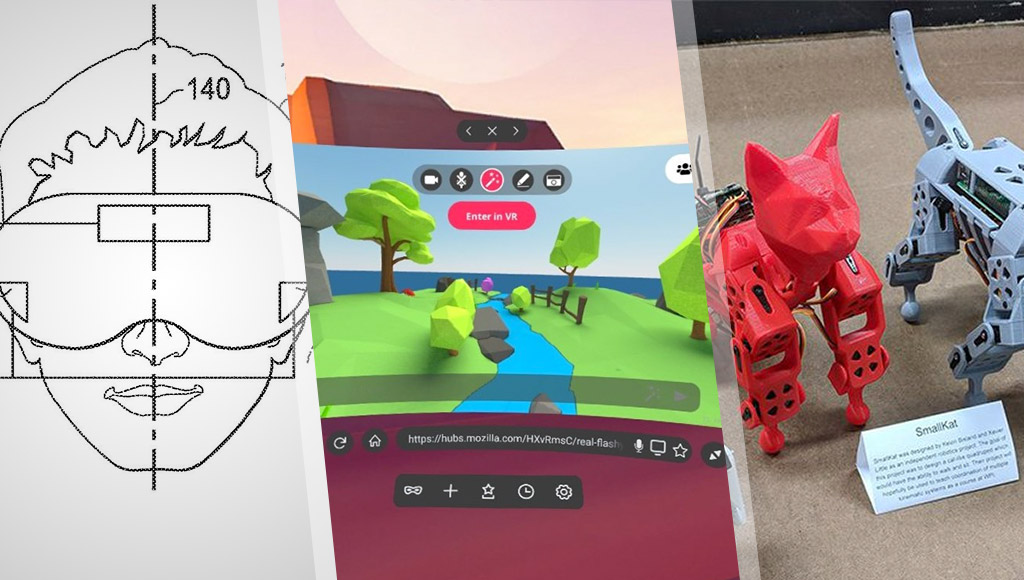 The most exciting thing in this release is being able to browse in multiple windows side by side! Watch videos, read Reddit, check your email… all at once in your VR headset!

The aim of multiview is to use only one drawcall to draw multiple targets, rather than drawing one for each eye.

Vality is building a compact VR headset with ultra-high resolution

This is a VR headset “that aims to offer near-retina resolution in a compact form-factor”. Here’s Road to VR’s look at it!

Even though getting approval can apparently take a bit of effort, once your app is on the Oculus store things apparently have gone quite well.

It’s important to consider what approaches to our future social technology ecosystem will result in spaces that respect user identities, autonomy and safety.

This VR app has a range of videos and experiences to give you more of a glimpse into some of the creators featured on Tested.

It just might have hand controllers and two WLAN modules to make it wirelessly work with Google’s upcoming streaming video game service.

Great to see Leap Motion and VR being used to help reverse some types of vision problems.

The day has almost come!

They’ve also released their own virtual world called “Half + Half” which you can try out!

Sad news… AR hardware maker Daqri has reportedly run out of funds and is shutting down. They were another big player alongside Meta and ODG who have had difficulties recently.

While it wasn’t the massive AR headset reveal we’re all hoping to see, Next Reality did well to find the positives in the iPhone 11 Pro.

They use the markerless tracking from ARKit and ARCore to show a new feature on the Amazon rainforest.

Memberships and day passes are now available to west coast developers and players!

To understand artificial intelligence in 2019, watch this 1960 TV show

Here’s a snake robot “capable of navigating tight spaces and climbing over obstacles for search and rescue operations in disaster zones”.

“AI talent is either going to tech’s big 5 companies or to a moonshot startup, leaving Fortune 500 unarmed for the AI revolution”.

Jam to the latest tunes while your house gets cleaned!

It automatically edits videos for square, vertical and 16:9 aspect ratios.

It automates generating models capable of answering text-based answers, with image and video being prototyped still.

Drone attacks in Saudi Arabia took out about 5% of the global supply.

Researchers at Google claim they’ve “developed a skin condition-diagnosing AI that’s on par with dermatologists in terms of accuracy”.

“MIT researchers have developed a machine learning model that can estimate, based on the electrical activity of their heart, a patient’s risk of cardiovascular death”.

Automated, AI-powered drive thrus will be a lot more advanced than your typical drive thru.

If Tay had stayed, Microsoft would pay because TayTay don’t play that way

Turns out Taylor Swift wasn’t too pleased with Microsoft’s chatbot Tay back in the day.

This team developed a method of changing items’ colors when exposed to ultraviolet and visible light sources.

Exclusive: Amazon will let anyone answer your Alexa questions now

“The Alexa Answers crowdsourcing platform is now open to everyone in the United States. Amazon says it has measures in place to prevent misuse”.

Cool off your Raspberry Pi 4 with Pimoroni’s heatsink case

It has the best passive cooling Hackster has seen in their extensive testing.

Scaling the edge’s wall: a new take on an old problem

“What happens when the edge load hits a processing capacity wall?”

Driving a tiny RC car over the internet using ESP8266

This group created an internet-connected RC track where people from anywhere in the world can race cars from afar.

Trill is a family of capacitive touch sensors you can add to your projects as a linear slider, a square touchpad, or by creating your own touch surface.

Fitbit’s Versa 2 is useful, but still not an Apple Watch

Wired feel the Fitbit Versa 2 still has some flaws.

Health monitoring is indeed what is bringing a lot of people to the smartwatch world.