This week, Google Cardboard goes open-source, HoloLens 2 is released, Magic Leap’s patents were found to have been used as collateral for a loan and Niantic announce they’ll soon be releasing their AR Cloud! 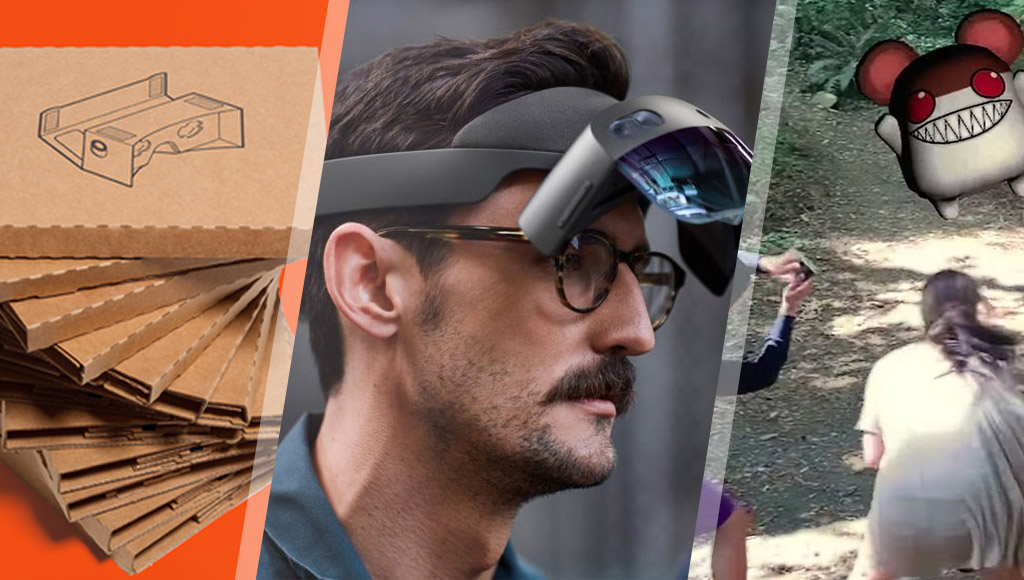 After killing off Daydream, Google is open-sourcing Cardboard VR

They may be occasionally making updates to it but overall, it looks like Cardboard VR will largely be left to the public to use as it sees fit.

Immersion in VR scenes of the Arctic helps to ease pain

Lenovo pilots VR as an alternative to general anesthesia for kids

Not only can VR relieve pain, it can distract kids from the panic of a needle.

VR Scout looks at the VR game coming soon which equips you with “a lock-picking kit, headlamp, hacking technology and a good-old-fashioned crowbar”.

This physics-based VR shooter has a bunch of interesting interactive elements to it!

Best VR headsets in 2019: standalone and PC-ready picks from Oculus, HTC and more

We help you pick between the best VR headsets available in 2019 – whether you want PC-powered, standalone or console VR.

“Thanks to a heavy focus on fluid, smooth movements and a healthy dose of old-school vaporwave aesthetics, Synth Riders has managed to carve out its own little niche within the growing VR rhythm genre”.

It is officially shipping but you’ll need to wait for Microsoft to get in touch with you if you submitted your pre-order request.

Magic Leap has assigned much of its patent portfolio over to JP Morgan Chase as collateral, similar to what Meta 2 did before they fell — but hopefully their funding round is going to be solid.

Their AR glasses potentially will be released in 2023. This article had a good summary of what is expected as per the recent rumours.

Their City AR technology uses satellite imagery and a mobile device to visually recognise the streets around you and “digitally enhance them for applications ranging from navigation, tourism, ride-sharing, gaming, outdoor advertising and marketing”.

“When you design an AR experience, you’re thinking in a way that removes the concept of the screen altogether” — Bobby Murphy, CTO at Snapchat

The Niantic Real World Platform is their way of providing the AR cloud for developers that they use for Pokemon Go and their other apps.

AR filters are helping with AR’s emergence into society.

AR and VR will make spatial journalism the future of reporting

“Spatial journalism will only make news and journalism more impactful as your memory and empathy are better served by spatially-centered experiences”.

Fitbit is now third in the leaderboard with 7% year-on-year growth which Wareable point out is a good sign for Alphabet’s purchase of it.

It’s the first custom skin for Wear OS, it won’t likely be the last.

Inside Amazon’s plan for Alexa to run your entire life

Amazon want Alexa to be everywhere — anticipating your every need before you even ask.

GPT2 is the AI tool that wrote plausible-sounding “fake news” which OpenAI said they wouldn’t ever release. They’ve apparently changed their mind.

This robotic arm slows down to avoid the uncanny valley

It turns out that robotic arms which move fast enough to snatch thrown objects right out of the air unnerves people they’re interacting with.

AI designed this gin, but would you drink it?

Is there anything AI cannot do?

VentureBeat point out “Fractl created a fake marketing blog in less than an hour using publicly available AI tools. The implications for content on the web are frightening”.

As AI grows, users deserve tools to limit its access to personal data

VentureBeat had a whole lot of AI articles this week, another says, “Back in 1984, The Terminator warned viewers that networked AI could threaten human life. Today, we trust AI with personal data — perhaps too much”.

How much have you thought about sapient AI characters? Here’s another VentureBeat article!

AI ethics is all about power

In the last VentureBeat article for this week, they point out “Power in AI is like gravity, an invisible force that influences every consideration of ethics in artificial intelligence”.

Being able to avoid risky situations that could get you sick sounds like one of the best uses of AI to date.

More women in India die from cervical cancer than in any other country, so Microsoft investing in an AI solution here could make a huge impact.

Really great to see so much positive uses of AI this week!

Using AI to predict where and when lightning will strike

“Researchers have developed a novel way of predicting lightning strikes to the nearest 10 to 30 minutes and within a radius of 30 kilometers”.

Flexible yet sturdy robot is designed to ‘grow’ like a plant: its extendable appendage can meander through tight spaces and then lift heavy loads

Robots that “grow” like a plant isn’t a headline I thought I’d read anytime soon. Fascinating!

You can make physical devices that are Alexa-enabled with this very kit!

I’ve heard a lot of positive things about the sound quality from the new Echo Studio and the Verge seems to agree.

A beta version of the Pi 4’s flashable bootloader was released that supports PXE which lets you boot up over the network.

The Particle Console now has a Fleet Health dashboard and a Device Vitals dashboard to help you keep track of your devices.

“You can now link your Fire TV and Echo devices to create an Alexa-powered home theater”.