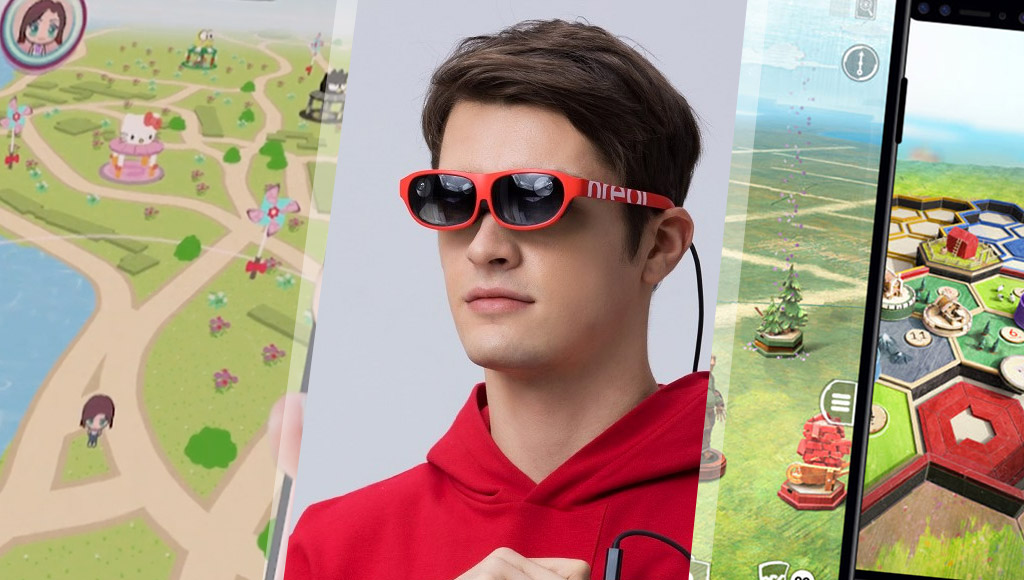 Facebook’s Sean Liu: we are at an inflection point of the VR industry

Sean “believes that VR is still in the beginning, but in an inflection point”.

If your Rift S cable has been through much wear and tear, you can buy a new one for $79 in the US.

Half-Life: Alyx — everything you need to know about Valve’s first VR star

Valve’s upcoming Half-Life VR game has got a lot of people super excited, here are the details!

Is VR the next big thing in art therapy?

“VR has the potential to help patients with sensory, cognitive and motor-related disabilities who are unable to use traditional art media in therapeutic ways”.

Using VR, they were able to see how people process spatial memories as they navigated the virtual world.

If you thought that Pokémon Go style AR games were going to calm down after Minecraft Earth — you were wrong! After bringing Pokémon and Harry Potter to AR, Niantic are bringing an AR version of Catan next!

Hello Kitty wants to try its hand in making an AR world too!

The somewhat compact US$1200 AR headset is finally open to pre-order with shipments starting in a month!

Epic Games had filed legal action to stop Nreal from using the “Nreal” name because of how similar it is to “Unreal Engine” — it looks like they’ll be settling the case just in time for these pre-orders!

One artist is “using volumetric capture technology, along with the Magic Leap One, to immortalize her latest piece”.

You can now age or de-age (is that a thing?) yourself with the latest Snapchat filter.

Karl Guttag gives his thoughts on the current lack of Apple AR patents in general and their misrepresentation.

Researchers at Google have uncovered how to improve upon volumetric video.

“The platform enables anyone to capture 3D digital maps of real-world places with just the standard camera of a smartphone or tablet.”

Curious to see some of what Google’s acquisition included?

Robotic skin sees when (and how) you’re touching it

This new research uses a stack involving a camera, LEDs, and three layers of silicone to “optically detect any disturbance of the skin”.

Amazon Rekognition Custom Labels allow you to train machine learning models to understand a set of objects when there is a limited set of information.

Alexa will soon be better placed to answer domain-specific questions.

“Researchers show how AI programs can be sabotaged by even subtle tweaks to the data used to train them” — this could be a very big issue as AI becomes more and more relied upon.

AI determines how much help Shakespeare had writing a play

One neural network found that ‘Henry VIII’ did indeed have a co-author, and was even able to confirm who it likely was.

No, AI is not for social good

This VentureBeat article asks the important question — while AI can be used to make things better, “which good and for whom” will it be working for?

The GPT-2 AI system that was initially “too dangerous” to make public is now going to be writing for National Novel Writing Month.

Researchers have “designed models that could compositionally arrange locations and characters and generate new content on the fly”.

Machine learning is needing more and more storage, here’s a good look at where all these data requirements are coming from.

Tel Aviv-based Eyesight Technologies announced a new AI feature that can recognize when a driver is distracted.

OneZero obtained a presentation that reveals how Knightscope security robots use facial recognition and license plate readers to track people.

Spotify has been only for premium subscribers on Amazon Echo devices but now its free tier will stream on Alexa devices in the US, Australia and New Zealand.

It appears that “disparaging words can fluster an opponent, no matter who — or what — utters them”.

Artificial intelligence algorithm can learn the laws of quantum mechanics

AI can be used to predict molecular wave functions and the electronic properties of molecules — this could speed-up the design of drug molecules or new materials.

Microsoft is killing off Cortana on Android and iOS from January

Cortana won’t be on your phone for too much longer.

There are a bunch of IoT-related products heading to AWS, including Alexa Voice Service Integration for more devices — most excitingly now by offloading tasks like buffering and mixing audio, the baseline requirement for hardware devices is down to only 1MB of RAM and Arm Cortex M-class microcontrollers.

If you thought your Alexa experience needed a bit more Disney, this could be your lucky day — it’s unlikely Alexa will take on Mickey’s voice though.

Got curtains you want to automate so you don’t have to open and close them yourself? This Kickstarter looks like a pretty neat solution.

It’ll be able to book movies using “services like Fandango, MovieTickets.com, AMC, and MJR Theaters in the US, or Odeon in the UK.”

Curious to see what happened at Maker Faire Shenzhen 2019? Here’s a look!

Mike Harrison knows everything about LEDs

Mike Harrison gave a talk on LEDs at the Hackaday Superconference which is available here!