This week, Australia’s police turned to AI to catch people on their phones while driving, the Varjo XR-1 VR/AR headset is available for pre-order and we get a look at Facebook’s AI to detect inappropriate content in video. 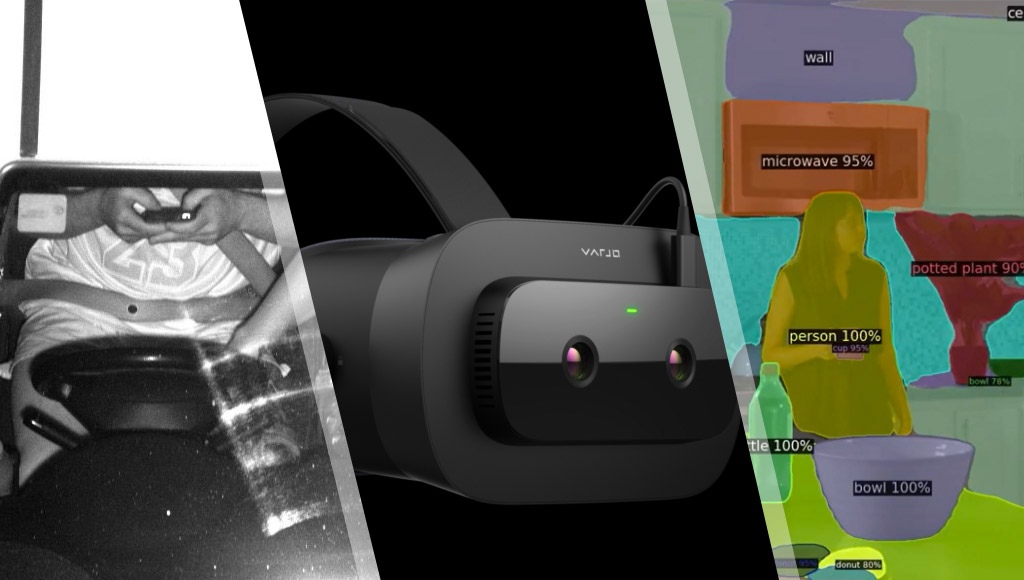 A Michael Jordan fan on their phone while driving, the Varjo XR-1 and Facebook’s AI detecting inappropriate content in video

It’s a whole lot of money but it’s also a unique way of bringing AR to the world, using a very high quality camera feed rather than see through display.

The team behind Beat Saber are joining Oculus Studios.

Facebook’s Beat Games acquisition is a stepping-stone toward horizon

VentureBeat say that it’s a part of Facebook’s plan to “make itself a more necessary part of VR and AR” and move towards their Facebook Horizon platform.

VR power is an Oculus Quest battery pack and counterweight

This gives your Quest more battery life and gives it a bit more weight on the back.

3D object manipulation is easier with this device that sits between your index and middle fingers.

Portal hardware comes with Spark AR — the same AR platform that is on Facebook Messenger and Instagram — so the same effects can be on TVs with Portal too.

“Animate Objects is the latest feature available in the New Yorker app that uses AI and AR to unlock the secret thoughts of everyday inanimate objects”.

Trimble decided to give its customised version of the HoloLens 2 “the same tests Musk gave his hyped electric vehicle”.

It turns out that Facebook was bidding against Google to acquire Fitbit and was the mystery “Party A” in SEC documents that were published Tuesday.

This is how Facebook’s AI looks for bad stuff

The vast majority of Facebook’s moderation is now done automatically by their AI — here’s how it does it.

Getting started with machine learning on MCUs with TensorFlow

Here’s how to get started using TensorFlow Lite on a Particle Gen 2 and 3 device and use it in your next project.

Starting in 2020, China will require videos created using AI or VR to be clearly marked

“Chinese regulators have announced new rules governing video and audio content online, including a ban on ‘fake news’ created with AI and VR”.

“AWS DeepComposer is a 32-key, 2-octave keyboard designed for developers to get hands on with Generative AI, with either pretrained models or your own”.

In a world first, they’ll use it to get imagery of distracted drivers which is then cross-checked by humans. It’ll lead to heavy fines by late next year for those caught on their phones while driving.

“Alexa can now refill prescriptions via voice command and remind people to take their medicine”.

We can save our planet and stop behaving like ‘robots,’ says environmental artist Agnes Denes

Rather than thinking about robotics and the effects of that on humanity, let’s take a moment to think about whether we’re losing our own humanity with how we’re treating the planet.

South Korean Go master Lee Se-dol, the only human to defeat AlphaGo, said this week, “even if I become the number one, there is an entity that cannot be defeated”.

This robot scientist has conducted 100,000 experiments in a year

Automating experiments may help scientists focus on designing experiments, rather than the time consuming, dull nature of setting up and running them.

Need to safeguard drones and robotic cars against cyber attacks

“By taking advantage of tools like Amazon QuickSight, Aurora and Athena in combination with SQL queries, developers can have much more direct access to machine learning models and underlying data without any additional coding”.

Best appearance of a virtual assistant on TV yet!

Almond is an open and privacy-focused assistant from Stanford Open Virtual Assistant Lab.

Battle of the smart screens: Lenovo and Amazon’s latest compared

Lenovo’s Smart Display 7 with Google Assistant compared with the Echo Show 8 with Alexa.

Probeat: Alexa, what is the worst shopping website? ‘I’m a big fan of Amazon.’

That’s a rather awkward response, huh?

A STM32F4 based Arduino in the Feather form factor

“The main controller on the Feather is plenty powerful, but its intolerant pins just wouldn’t do so it was swapped for a chip from the ever popular STM32F4 line.”

Prepare for the holiday season with coordinated holiday light animations powered by a low-latency mesh network.

This article asks the terrifying question… What happens when you’ve got no internet?