This week, we had a working Gameboy WebVR experience, North Focals sales are on pause till version two in 2020, Magic Leap is focusing on enterprise and the Oculus Quest has hand tracking! 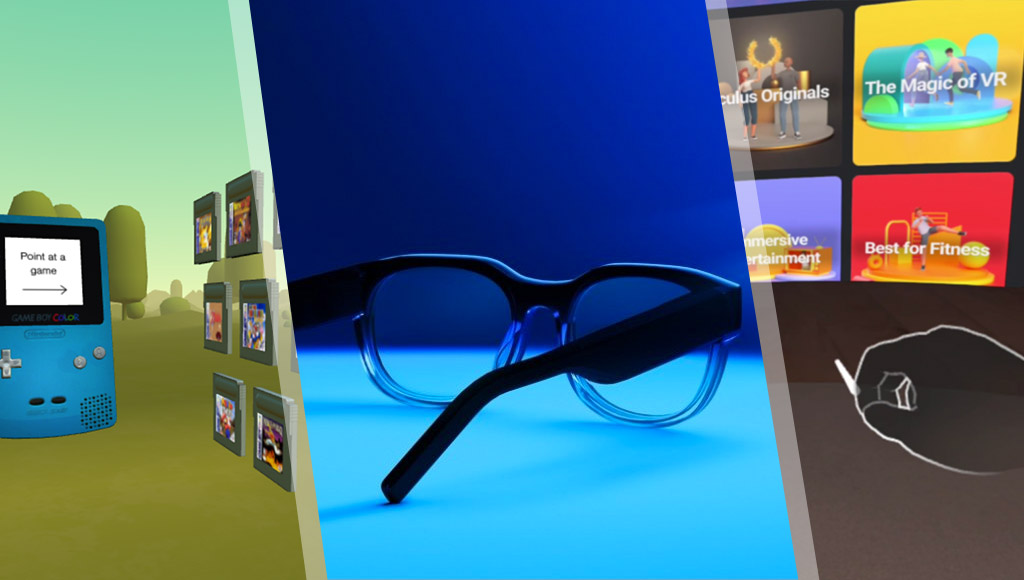 Oculus Quest’s hand tracking is out this week, but there aren’t too many VR apps that can use it yet (but it’s super exciting!). Developer SDK is coming next week.

5G and face tracking: The weird future of VR headsets like Oculus Quest and HoloLens

Qualcomm’s new Snapdragon XR2 chip should provide graphics twice as good as the Oculus Quest and has support for seven cameras — VR and AR will benefit from this greatly!

Someone built a fully-functional 5 foot Gameboy Color in WebVR

Powered by A-Frame, it’s impressive what browser-based VR is able to do already!

The Oculus Medium sculpting app originally launched by Facebook has now been acquired by Adobe. I didn’t see that coming.

The Valve Index is now back-ordered until after Christmas in America — people are pretty keen to play the upcoming Half-Life game!

This is such a lovely idea, definitely worth sharing!

VR simulation to show how flu spreads and impacts others might help encourage more people to get vaccinated.

Darn it! I wanted a pair of these so bad. I’ll have to be more patient…

Non-enterprise Glass users will no longer have access to Google’s core apps after February 2020.

There’ll be updates but the Magic Leap Two we were all hoping to see soon won’t come quite as soon as hoped.

The new name for the Magic Leap One Creator Edition is… wait for it… “Magic Leap 1”.

A neat AR visualisation that shows the invisible air pollution levels from each city’s worst day overlaid on your phone’s camera feed.

“The app enables Nreal Light users to annotate objects within their field of view and stream what they see to remote experts, who can also add virtual notes or diagrams to the scene and share data with the user in real-time.”

It turns out there might be a bit of a resolution issue on the HoloLens 2.

Wearables are doing great at the moment, a lot of people are buying hearables right now in particular.

How Hollywood became obsessed with de-aging its stars

It’s really really curious to see how we use AI to return actors to their youth.

Amazon’s web-based IDE for building and training machine learning workflows is out there to try out!

VentureBeat say that there are “some useful improvements to Amazon’s SageMaker machine-learning environment, but it has some fundamental competitive weaknesses”.

Machine learning could transform medicine. Should we let it?

How do we handle having tech that provides solutions we can’t fully understand?

Inside Intel’s billion-dollar transformation in the age of AI

“Moore’s Law is slowing just when the demands of AI are asking for more and more computing power”.

There’s now a chatbot to give refugees instant legal aid

Refugees can get important info fast over Facebook Messenger and Telegram.

It looks like more and more drag-and-drop interfaces for machine learning are popping up.

This is really curious — this system can apparently reconstruct hidden videos from the shadows and reflections on an observed pile of clutter.

The world’s first AI-powered astronaut assistant returned to the International Space Station after a 14 month mission.

AI today and the world tomorrow

“A 12-part video series features some of the world’s leading AI researchers from the likes of Google, Uber, and Giphy sharing mind-blowing advances in AI”.

He’ll be doing AI work at Google instead.

Jerome Pesenti on the limits of our current approach to deep learning.

Why AWS is selling a MIDI keyboard to teach machine learning

“AWS launched DeepComposer, a set of web-based tools for learning about AI to make music and a $99 MIDI keyboard for inputting melodies”.

A new index ranking 54 countries in the AI arms race.

A handy tool over the holidays for some!

This 16-game arcade for AIs tests their playing prowess

“OpenAI has designed a set of games that can help researchers tell whether their machine learning agent is actually learning basic skills”.

Why I’m pulling the plug on Wink

Kevin Tofel on why he’s moving on from the Wink IoT platform.

Microsoft is recruiting for an engineer to build an IoT version of Windows 10X, 10X is a new sub-branch of Windows 10, designed specifically for multi-screen devices, such as foldables.

Google Assistant gets a customized alarm, based on weather and time

Google Assistant has some new features for its alarm!

“When Ring cameras enter a town, it’s easy for cities to equate surveillance with being a good neighbour.”

Journey through the inner workings of a PCB

A look at how circuit boards work.