This week, Oculus Quest hand tracking SDK was released, Nreal is standing up to Magic Leap, Oculus talk about a festive tracking challenge and more! Merry Christmas everyone! 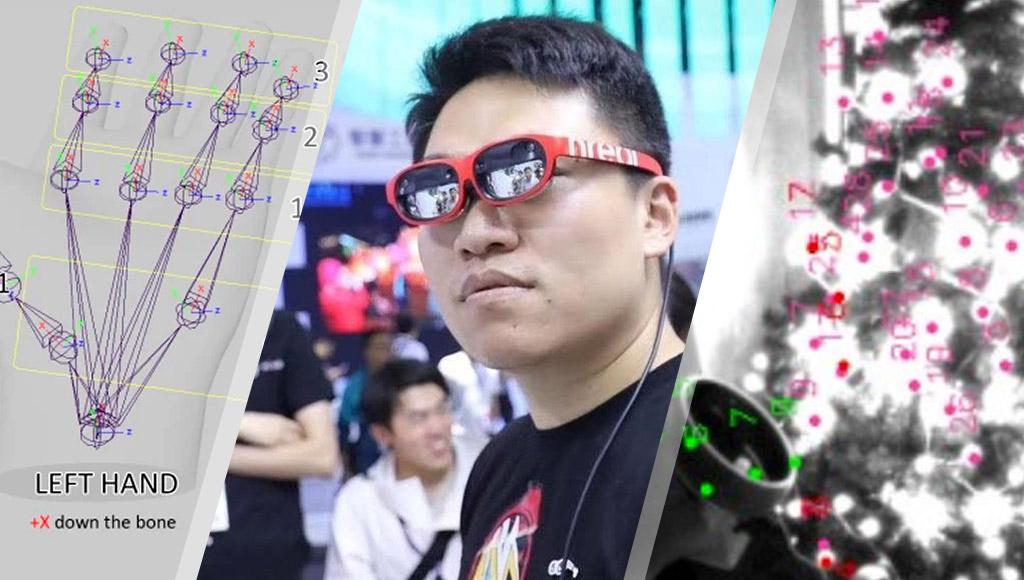 Great list for those getting their headsets (or just a bit of much needed spare time) over the holidays to experience some VR! VRScout has a holiday gift guide too.

The Oculus Quest now has a dynamic fixed foveated rendering (FFR) feature, which devs can use instead of manually setting the FFR level.

It turns out, Christmas lights can be a bit tough for Oculus’ controller tracking. Here’s how they sorted it out!

Devs can start integrating the new hand tracking into their apps.

How to enable hands tracking on your Oculus Quest

SkarredGhost has a look at how to enable that very hand tracking so you can try it out. Oddly enough it’s not on my headset yet…

How much is that new VR headset really sharing about you?

“In the spirit of Mozilla’s Privacy Not Included guidelines, you might be wondering: what personal information is Oculus collecting while you use your device?”

Official Oculus Link cable now available, but is it worth the $80 price tag?

This 16-foot fiber optic cable is supposed to provide the ideal PC VR experience on Quest.

The foot controller also has a developer SDK on the way.

This fantastic VR experience is now up on the Oculus Quest!

Chi Xu, the founder of Nreal, is formally and strongly calling for the lawsuit against his company from Magic Leap to be dismissed.

Vision forecast 2020: AR execs weigh in on recent industry milestones & what we can expect in the coming year

Here’s what some of the industry are thinking right now.

HoloLens 2, not a pretty picture

It turns out, HoloLens 2 is having display issues… hopefully they sort them out soon!

Augmented reality apps account for over half of the top 10 most downloaded apps of 2019, report says

To be more accurate, over half contain AR features (they’re not fully AR apps). It’s still a great sign for the industry!

The talented Charlie Gerard looks at how we can recognise human activities just using sound data, machine learning and JavaScript!

AI has a privacy problem, but these techniques could fix it

“Researchers said it appears to be the first use of artificial intelligence to support an inauthentic social media campaign”.

MIT and IBM develop AI that recommends documents based on topic

“Researchers at MIT and IBM developed a sophisticated machine learning model that recommends documents based on their topics”.

“The machine learning community looks poised to tackle climate change, both through research and through responsible practices”.

Four ways work will change in 2020

The gig economy, chatbots, AI and more are on the horizon.

“Researchers hailing from Amazon and Cambridge propose a system that synthesizes singing from a data set of vocal performances”.

There are a whole lot of smart home products out there with Alexa in them!

Amazon brings in $1.4 million in 2019 of Alexa skill revenue so far – well short of the $5.5 million target according to the information

The revenue that Amazon earns from in-skill purchases hasn’t been quite as high as hoped just yet.

Firm’s first high-end speaker gets the thumbs up from The Inquirer.

How to use Node.js to speed up BLE app development

“You can use Bleno, a Node.js module, to mock out a BLE peripheral and get started on the mobile software implementation right away”.