It’s the final newsletter for 2019! This week, we had a Wyze server leak (it’s sorted now!), robots to help recharge electric vehicles, using smiles as a measure of machine learning success and plenty of best of 2019 lists from around the web! Happy New Year everyone! 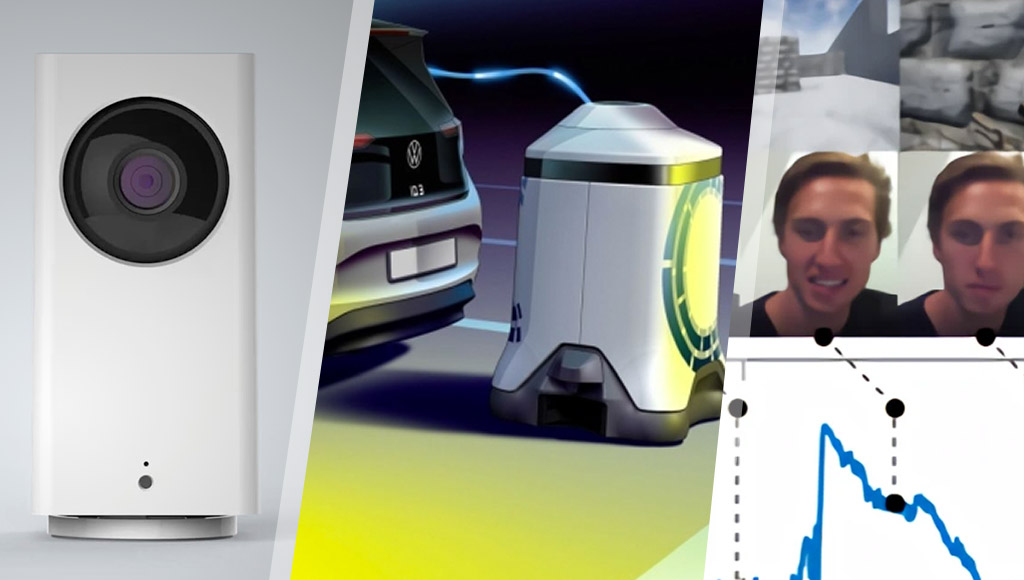 Boneworks was only released a few weeks ago and is already in the platinum category for the whole year! Half-Life: Alyx is only on pre-order and is in the gold category.

What I learned from spending a week in Virtual Reality

New Oculus orders aren’t expected to ship until mid-February — not good for those eager to get their hands on the headsets but potentially a good sign for VR (or a bad sign for Oculus’ inventory management?).

It has integrated force feedback and haptic technology.

Oculus Quest, Oculus Link, and Valve Index are bringing VR into the mainstream

Disclaimer: It’s not quite mainstream so take this article with a grain of salt, but it’s exciting to see Oculus and Valve sales going pretty well in the lead up to 2020.

Skarredghost’s review of Viveport Streaming which lets you play PC VR games on your Vive Focus Plus, and how it compares to the Oculus Link.

Mr Ghost also put together a guide on how to setup the Oculus Link.

Plenty of top VR lists to finish out the year, like this one…

The best Oculus Quest games of 2019

The best PlayStation VR games of 2019

And this one if you’ve got a PSVR.

VentureBeat have two lists of what’s next for AR in 2020, this one is the consumer one in which they see early consumer AR becoming a real thing next year.

For enterprise, they say “new hardware, increased headset mobility, better software, and more competition are highly likely to change the face of AR for the better in 2020”.

Scan a menu in AR, find out what you should eat! It’s not out yet though but sounds like a neat idea.

How to develop a mixed reality experience on the Vive Focus

Mr S. Ghost, released an update to his open source ViveFocusAR plugin to let you create augmented and mixed reality experiences with the Vive Focus Plus in Unity.

Google Lens and the Modiface AR platform let you try different hair shades to work out what you might want to dye your hair with next!

Make’s Guide to Boards has a hidden secret!

Volkswagen dreams up robot that brings charger to your parked EV

It would be pretty cool to have robots come up to electric cars and charge them up!

Generative adversarial networks: what GANs are and how they’ve evolved

VentureBeat explain Generative Adversarial Networks (GANs) — which are pretty useful to understand if you’re new to the world of machine learning.

VentureBeat had a look at the AI and machine learning issues of 2019.

Microsoft proposes AI that improves when you smile

Microsoft researchers have proposed an approach to training AI that uses smiles as a reward signal and say “it achieves superior efficiency”.

“Baidu, which is often referred to as China’s Google, achieved the highest ever score in the General Language Understanding Evaluation (GLUE) – widely considered to be the benchmark for AI language understanding.”

Wired had some tips on the art of the robot vacuum.

“Ubisoft researchers devised an AI reinforcement learning approach that they used to create a self-driving car in a video game”.

Researchers want to use Mega Man 2 to evaluate AI

Amazon researchers use AI to improve the recognition of curved text

“In a newly published paper, Amazon researchers propose TextTubes, a method that promises to improve the recognition of curved text”.

Details for 2.4 million users were exposed online, with the people uncovering the leak giving Wyze barely any time to fix it before releasing the story… Wyze did pretty darn well to speedily fix things though.

Devices will be defaulted to asking you to create a new password rather than using a default, there’s a hint of multi-factor authentication being preferred and a few other bits and pieces.

It’s an interactive smart-home controller in the browser — an interactive 3D model which can be orbited and inspected, showing information on lights, heaters, and windows. Available on GitHub!

FET based motor driver is better than l298n

Building small robots with motors? Hackaday have some motor tips for you.