This week was both the first week of 2020 and CES! It was the week Anki’s Vector robot was SAVED (yay! Newsletter done, nothing else matters!), Lyft and Uber open-sourced AI tools, Samsung revealed a home robot ball, Panasonic showed off the first ultra HD VR glasses and more!

Psst… something new is coming in 2020 here at Dev Diner. 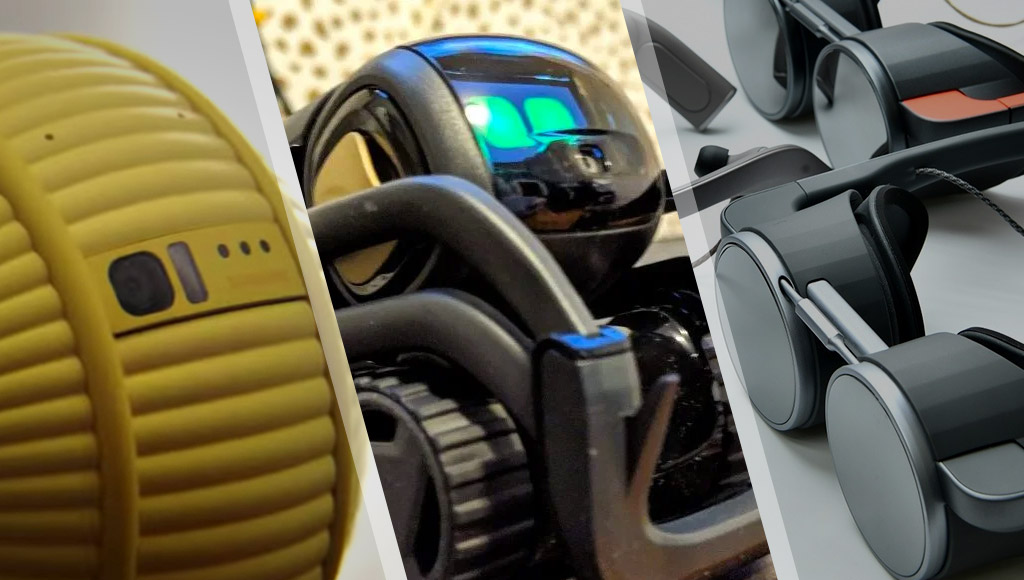 Is having a shared Oculus Rift S in a bathroom really the most sanitary of ideas though?

This headset brings tetherless PC VR and a completely standalone mode, each with 4K maximum resolution and 6DoF tracking.

Firefox Reality is coming to Pico’s latest VR headset too.

Finding the headset is a bit too front heavy? This could solve your problems!

There’ll be a few competitors popping up, 0glasses won’t be the last!

Samsung showed they’ve got AR smartglasses in the works as they had a pair up on stage, but didn’t give too much detail on them.

The company has also begun a strategic partnership with Covestro.

“With Labo VR having proved a success, Nintendo is now eyeing augmented reality as its next venture”.

That means you can use A-Frame to build web based AR powered by the WebXR standard!

The Vue smartglasses had a bunch of delays and are quite similar to Bose’ smartglasses (but these are prescription lenses for indoor use). It sounds like the volume is a bit too low and not quite as practical as hoped.

In the best news of 2020 — Vector will have a renewed life with a new company that plans on improving the platform so that it can live even independently of Digital Dream Labs some day.

“Your robot vacuum can take orders from your thermostat thanks to an IFTTT partnership”.

It only works with select car models but could be a good solution for those with those cars who want a DIY assisted driving experience.

PiBo is a robotic companion for single people

Best line of CES 2020 coverage so far — “PiBo will love you as only a robot with a two-hour battery life can”.

Samsung showed off Ballie, a smart home robot ball, which I can’t help but think someone is going to slip on really soon.

This creation uses AI with a laser pointer and can provide real-time notifications on your phone.

Mysterious drones are flying over Colorado and Nebraska, and nobody knows why

This really does feel like we’re living in the future now as mainstream social media needs policies around deepfakes.

The US are banning the export of AI-powered tools for analysing satellite imagery.

A great use of tech! A robotic arm that uses object detection to recognise different recycling materials.

“On-device AI is making security cameras smarter and faster than ever before, as shown by the glass breaking and human detection features of these options”.

“Inspired by a difference between Chinese and English, it shows how AI research benefits from diversity”.

Too much, yet not enough: Amazon’s Echo Studio, Echo Flex, and Fire TV cube

A nice overview of the different Echo devices out there and the complications that come with trying to use them all.

Arduino showed a new low-code solution for product creators designing IoT hardware and revealed its Portenta chip family — “The Portenta H7 module is capable of running Arduino code, Python, and JavaScript, making it accessible to an even broader audience of developers.”

This is a pretty nice Arduino-powered wristwatch!