This week was packed with news galore as Apple announced the iPhone 7, new Apple Watch and their new “AirPods”, Samsung is tinkering with smart rings, Deepmind achieved a breakthrough in AI speech generation, Apple shut down parts of its self-driving car project and Alphabet is training their drones by sending them on university burrito delivery runs. Not a burrito fan? Don’t worry, the IoT can also cook us better hot dogs now. 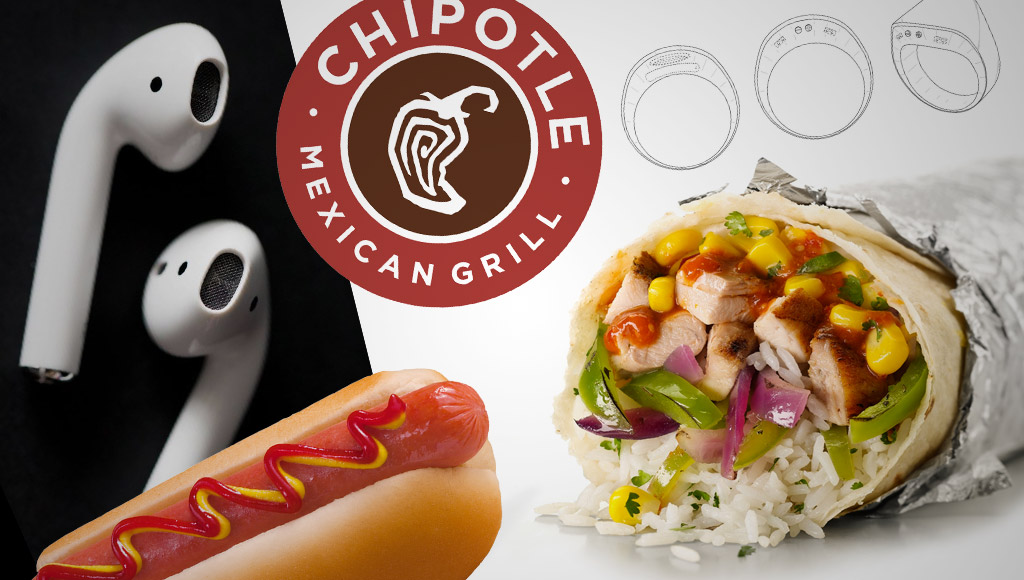 Is it just me or is emerging tech becoming more food focused recently?

In Melbourne on 5-6 October? YOW! Connected is on once again! As a speaker at the event, I’ve got a 10% discount code for my Dev Diner community — register here to get your discounted ticket and say hi at the event!

This alternative to a Rift for VR prototyping costs less than $100 with Leap Motion + VRidge if you have a smartphone. It’s not for those who get easily motion sick though.

I learnt this week that there was a VR Pacman game back in 1996!

The “AR/VR Garage” claims to be set to turn Auckland into a virtual reality innovation hub.

The Sketchfab co-founder and CEO discussed WebVR and the future of VR in this piece.

The Playstation VR demo disc will have 17 games in North America on release.

Zeiss and Dacuda have come up with roomscale mobile VR that can be used for experiences similar to the HTC Vive. There’s a lot of potential here!

MSI says its new VR One backpack computer is the lightest yet, weighing about 7.9 pounds (about 3.5 kilograms).

Camorama records 360-degree 4K video for virtual reality for about US$279 on Kickstarter.

Razer is investing $30 million into games, tech and particularly of importance for readers here — virtual reality, in its own new venture fund.

Dual-camera smartphones, like the upcoming iPhone 7, will help bring augmented reality into the mainstream.

Hologram Yu-Gi-Oh! is here with a fan-developed Hololens and Vuforia project.

The official Pokemon Go Plus wearable is hitting the market, however it is too little, too late according to Kotaku Australia. I dunno, I think there’s still potential there. It’s also coming to the Apple Watch and (yet to be officially announced but almost certain) Android Wear.

For anyone with an Apple Watch — watchOS 3 has been released and has a range of updates to how the watch works.

For anyone without one that was thinking of buying version 2 — Apple introduced their “swim-proof” Apple Watch 2 this week. It’s not on sale just yet but the details on what’s upgraded are in that link!

A guide to the new Pebble 4.0 update, including the new timeline, health and quick view.

On a completely different tangent — Garmin has made an activity tracker for dogs.

Finally, here’s the story of Fitbit — how a wooden box became a $4 billion company.

A fantastic look at learning how to build machine learning in a year.

Apple has shut down parts of its self-driving car project and laid off dozens of employees.

However, for those who’d prefer chatbots to give them stuff for free — Absolut’s Facebook Messenger bot wants to shout you a free drink.

Overall though, bots are overhyped and underpowered, according to the guy who runs Facebook Messenger.

Alphabet has a new way to train their drones. Via burrito delivery. Yes. Burritos.

These Australian robots are working 24/7 to cure kids’ cancer.

Meanwhile, at TechCrunch Disrupt, we saw a hint that machine vision tech just might replace cashiers and barcode scanners.

Also, at TC Disrupt, PepperHealth uses the Pepper robot to detect vitals and send out an emergency alert for elders in trouble. This is definitely an area we’ll see a lot of robots and wearables entering into in the coming years and could be potentially live saving.

The Pepper robot was also a prototype multi-lingual flight attendant at TechCrunch Disrupt. I wonder how well they’ll deal with the awkward shuffle when you need to use the bathroom but they’re serving drinks.

Here’s why we urgently need to measure the societal impacts of artificial intelligence.

Another important area to consider when creating AI models — a lack of diversity may bring us biased data. That’s not a good thing.

Ever wondered how you can quickly get your Raspberry Pi server to be accessible over the web? Here’s a quick Dev Diner guide on how to access your Pi over the web with ngrok.

If you don’t have a Pi yet, Raspberry Pi’s first official starter kit is “unashamedly premium”. Basically, it comes with a keyboard, mouse, SD card with everything preinstalled and more.

Looking for a microcontroller instead? Here are 12 specs to consider when choosing one for your product.

Cory Doctorow on why he believes the privacy wars are about to get a lot worse with the IoT.

Why Forbes believes that the consumer Internet of Things is stalling.

Amazon’s Alexa can now tell you what’s trending on Twitter!

Rather than just speaking when spoken to, Alexa may also soon have verbal push notifications.

Not only that, but a deleted Amazon tweet leaked a cheaper $50 Echo Dot smart speaker that just might be announced soon.

The dangers of an insecure IoT are becoming more recognised — the US Justice Department has a team studying IoT security threats.

Which is good, if this study is any indication — it claims 100% of reported IoT vulnerabilities in connected home and wearables did not have to happen.

What’s holding you back from being the developer you want to be? How could Dev Diner help?

Snapchat me (devdiner), DM me on Twitter or just send me an email and let me know!