This week, Microsoft revealed pretty reasonable PC requirements for their VR headsets, the VLC video player will soon support VR headsets, Google’s DeepMind can now read lips better than the pros, there’s a body heat powered smartwatch and we are starting to see some cool uses of Project Tango for mobile AR games! 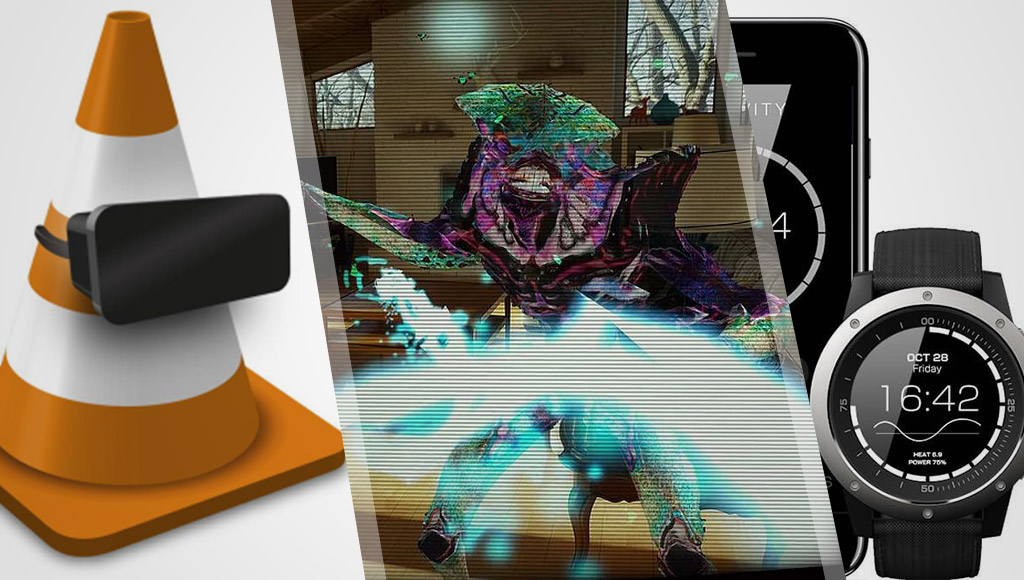 It’s on this weekend and you can still use the 50% off discount code! This is the global online conference that VR and AR devs should sign up for! VR & AR With The Best is a full weekend online tech conference for developers featuring 100 of the world’s top VR & AR technology experts! Busy this weekend? Sign up anyway and watch the replay videos later. Get your ticket here and use the coupon code devdiner to get 50% off.

The specs are surprisingly reasonable for a virtual reality headset.

Is it a gimmick phone or the start of a new trend?

Short-lived VR games are leading us to an uncertain future

The rise in VR apps and games this year didn’t quite live up to the hype, this is a good reason for devs out there to get into this space — there’s a demand that isn’t being met!

“How do we abandon the film making notion of a ‘frame’ and move to a notion of an open world that’s beyond the frame?”

Messaging in the age of VR

A really good look at how VR could provide more effective messaging services than those out there in an age of smartphones.

Leap Motion shares some of their research and experience when it comes to designing VR interactions with the Leap Motion’s Orion capabilities.

VLC, the media player that seems to support almost every sort of video imaginable at times, will soon reclaim that title with its 360 degree video support!

It looks super exciting for those looking to film their VR adventures. If you’re keen — sign up!

Where do I find markers for JSARToolkit or awe.js augmented reality apps?

A question I’m asked a lot by developers learning to put together web based AR apps. Here’s the answer!

Microsoft have managed to make their Holoportation functionality work on the go — in a moving car!

It uses Google’s Tango technology, so it’s not widely available yet, but it looks kinda neat!

It’s only a theory at the moment but they might be.

Smartwatch powered by you – MATRIX PowerWatch

The MATRIX PowerWatch is powered by body heat and features a power meter which displays how much electrical power you are generating!

It turns out overclocking wearables can give them the ability to recognise the wearer’s movements.

Oxford was onto this a few weeks back but it looks like Google’s AI have a pretty solid grasp on lip reading too! Yes. Just like HAL 9000.

Google Translate was mentioned last week for its advancements in translation — this piece explains it in more detail. In particular, the tech is exciting as it enables “Zero-Shot Translation” — translation between language pairs never seen explicitly by the system.

What neural networks, artificial intelligence, and machine learning actually do

Wondering what each of those terms even means by this point? Lifehacker is here to help!

Podcasts are a great way to skill up while multitasking — here are ten that might be handy for those looking to keep up with AI and machine learning.

This new machine learning research could have huge impacts on law enforcement and society as a whole.

Microsoft plans to emulate x86 instructions on ARM chips, so that older programs might continue to work on future Windows tablets and phones. Some believe this might be signs of a bigger move over to cheaper ARM chips overall some day.

Five easy ways to build security into the Internet of Things

A few simple security tips that it’d be great for everyone to follow.

The Internet of Things is a security nightmare, but Google and others have a plan to fix it

The IoT security mess will hopefully get better if the plan proposed works out.

Roundup of Internet of Things forecasts and market estimates, 2016

Forbes has a look at the various IoT forecasts from different groups.

A nice piece on how the industry needs to approach the IoT to be successful.

The Internet of Things in the real world

Computerworld looks at the potential value in the IoT if we extend it beyond entertainment and leisure usage.

How to program a quadruped robot with Arduino

A really great piece which goes into good detail on how to make a quadruped Arduino-powered robot.