This week, Elon Musk started a company (yes, another company!) that aims to bring computing into your brain so we can keep up with robots, he also reportedly invested in DeepMind early on to keep tabs on AI’s progress. Amazon’s Go store has been delayed, one team hacked a Chevy Volt to be their Mario Kart 64 controller and more! 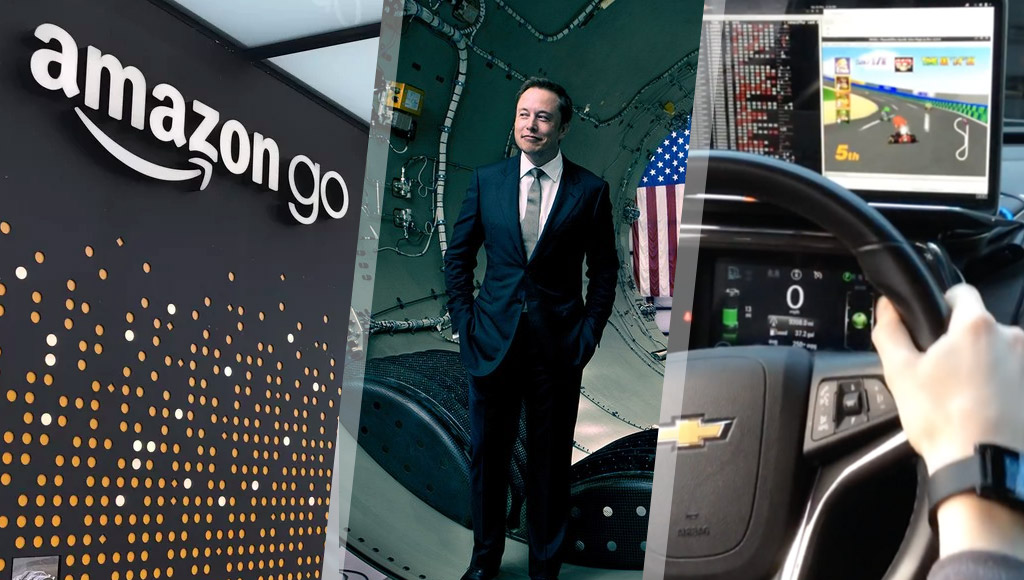 There’s about a month left until this wonderful conference you can attend without leaving your house! The online developer conference, AI With The Best, is on April 29th and we’ve got discounted tickets at the link above (or use the code WTBVIP). Check it out!

Annie Harper and her team at SocialQ are looking to reduce unconscious bias using VR. Very inspirational work! I’d love to see more VR devs out there working to make a positive change in the world like this.

Augmented and Virtual Reality – an alternative platform for education?

In this Navitas Big Picture webinar next week, I’ll be discussing using VR/AR in education with Dr Luke McMillan. Sign up and join us at the link above!

No more stepping on your cat in VR!

If you wait for VR to be ready, you will have waited too long

A long but good read for those considering getting into VR.

A look at Pico’s untethered VR headset from VR Scout.

It has an odd picture that doesn’t really explain anything.

Here’s what a Nintendo Switch VR headset could look like

An unofficial concept design that was pretty well thought out.

MakeVR is a 3D CAD engine you can use in VR.

Google Glass didn’t disappear. you can find it on the factory floor

Glass still is around everyone. Here’s proof!

If you’re looking to dream about the potential of the next iPhone, here’s an artist’s interpretation of what it might look like.

So if you’re looking to get some more movement into your day, remember Pokemon Go does still exist!

Amazon is exploring the idea of augmented reality furniture stores

Amazon wants to use AR to show how purchases look inside your home.

The Baselworld trade show had another Android Wear watch reveal!

A trial appears to be on the way after allegations Fitbit stole Jawbone tech.

So… maybe it’s a new legal team for Jawbone in the above case? How odd.

One in 10 wearable gadgets will be worn on faces by 2021, report finds

Wearable computing will indeed be worn on the face.

Elon invested early in DeepMind to keep an eye on AI’s progress.

Now, Elon has started a new company, Neuralink, which “aims to make implants for the human brain that can wirelessly interface with a computer”.

Facial recognition database used by FBI is out of control, House committee hears

FBI facial recognition database contains photos of half of US adults without consent, is wrong nearly 15% of the time and is “more likely to misidentify black people”.

I was actually surprised it was so close to opening already!

It sounds like this was a human driving into the Uber, not the AI’s fault.

Researchers are using Darwin’s theories to evolve artificial intelligence, so only the strongest algorithms survive

A fascinating series on making an IoT drone. It starts with motor control.

Luna, the most human-like AI, wants to become superintelligent in future

When she was asked, “Do you want to talk to Siri?” Luna said, “Yes, but honestly she’s kind of dumb.”

Miele has ignored a huge security flaw in their connected dishwasher.

Why American farmers are hacking their tractors with Ukrainian firmware

Vint Cerf has a lot of questions on IoT

The IoT Podcast spoke to Vint Cerf, one of the fathers of the Internet, about the Internet of Things! Always worth listening to this podcast!

The Consumer Technology Association has a handy checklist to help.

A neat dress that lights up depending on gestures!

Hacking a Chevy Volt into a Mario Kart 64 Controller!

A fascinating series on making an IoT drone. It starts with motor control.

Joey, a young Maker who has been spreading the Maker movement amongst youth, is in need of help raising money for health care.