If the latest AirPod news is anything to go by, hearables are on the rise. Or maybe not. Other hearable news isn’t so positive. Is 2018 the year we will all wear smart headphones in our ears so we can be guided by an omnipresent assistant? Here is where things are at. 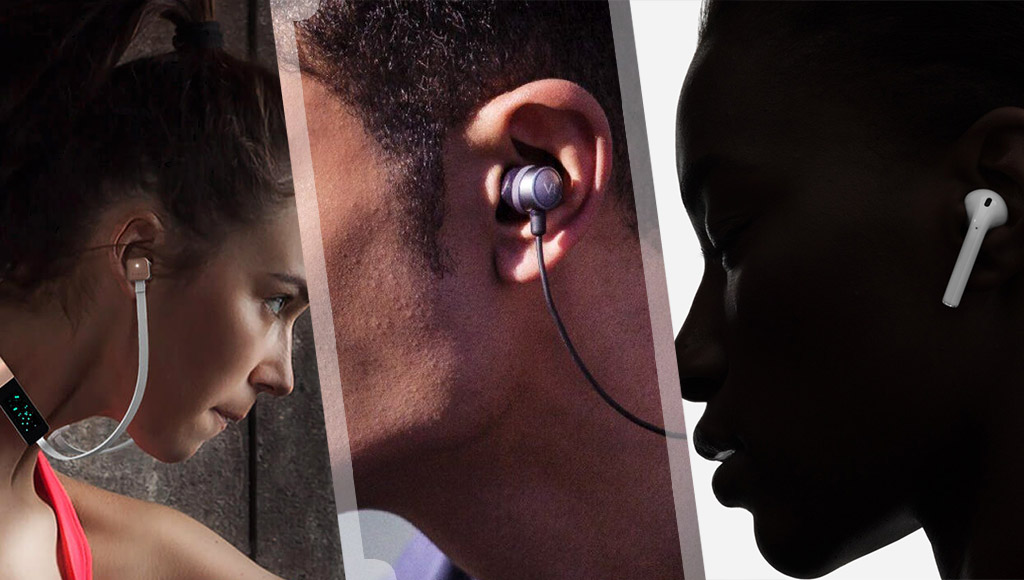 Holiday shoppers who were eager to get themselves a pair of Apple AirPods aren’t too happy — they’re all sold out until Jan/Feb 2018. It could be due to material shortages or other production issues, but the fact there’s a demand there is incredibly good news for the hearables space.

“We have increased production capacity for AirPods and are working very hard to get them to customers as quickly as we can, but we are still not able to meet the strong level of demand,” — Tim Cook

From personal experience wandering the city of Sydney, I’ve seen a whole lot of AirPods over the past few months. Suited up business people are wearing them making calls, runners are using them as their music source for their run, commuters are wearing them on the train, shop owners are wearing them while serving staff… it’s been really interesting to see. That’s a whole range of people with Siri in their ear ready to help them out — a perfect way to give people a taste of always available voice assistants! The era of voice assistants taking hold is here!

Voice assistants for all!

Okay, that last sentence was a bit optimistic. I’m actually not sure if the wave of hearables are actually bringing voice assistants to the masses as I’d hoped they would. I’ve got my own pair of smart headphones (the wonderful Here One earbuds!) and, even as an eager early adopter (and someone making a whole online course on voice assistants), I barely ever use the voice assistant in my ear. Why? It often doesn’t seem appropriate. When I’m in a cafe, the office, on the train, at home late at night… speaking to a voice assistant in my ear just doesn’t seem socially acceptable. It feels like it brings others into my daily technology use unnecessarily. Rather than speak commands, I’d much rather just type them silently and not bother anyone. A recent Wired opinion piece found the same thing when trying out the Google Pixel Buds:

“I consider myself open to new technology, but the grand promise of voice assistants – particularly ones that you shove in your ears with the intention of using in public places – leads to an uncomfortable future where we’re all insufferable morons.” — James Temperton, “Google’s Pixel Buds aren’t just bad, they’re utterly pointless” on Wired

I also find that tapping my Here Ones to bring up the assistant often doesn’t work. It feels like there’s a technique to tapping them which I haven’t quite mastered yet. I’m not sure if the Apple AirPods or Pixel Buds have a similar issue.

However, I do think voice interfaces are going to be needed for our future of augmented reality and connected devices, we just need to find:

I spoke all about that in an earlier opinion piece I wrote where I said, “We need to talk about our voice controlled future“.

The Over the Counter Hearing Aid Act passes!

There was one startup who worked incredibly hard to help encourage the US government to introduce the Over the Counter Hearing Aid Act into law. This means that hearing aids can now be sold over the counter in the US, allowing devices like smart headphones to bring hearing aid functionality to the general public. The company who pushed incredibly hard for this was Doppler Labs, the creators of my Here One earbuds.

Their earbuds have intelligence that can filter the noise around you, from filtering out street noise to filtering out screaming babies on flights. They’re an incredible step towards a smart wearable future. Sadly, Doppler Labs had to shut down this year after struggling to find more funding. That news was heartbreaking.

Maybe 2018 isn’t the year for hearables after all?

Despite the disappearance of Doppler Labs, we’ve still got:

If the experience of Doppler Labs founder, Noah Kraft, is anything to go by — hardware startups are likely to struggle:

“We f&@#ing started a hardware business! There’s nothing else to talk about. We shouldn’t have done that.” — Noah Kraft

I think hearables are likely to be dominated by the big players — Apple (including Beats by Dre) and Google. Apple has a huge headstart with their AirPods. Google’s Pixel Buds haven’t had the best reviews, but I think it was largely due to a few design decisions and over-hyping the Google Translate feature. I’m hoping to see a solid pair of Google Pixel Buds V2 in 2018 that’ll really take things to the next level. It would be fantastic if others like the Bragi, Vi or Vinci headphones take the world by storm in 2018, if only so that we might have a platform agnostic solution.

What do you think? Will hearables be a thing in 2018? Do you have a hearable device you’re eager to stick in/on your ears in 2018?