Does the new Oculus 1.3 runtime work with a DK2 and Unity?

The launch of the consumer Rift headset has brought along with it a new Oculus Runtime — version 1.3. This runtime doesn’t quite work with the Unity version we were all previously using, so I wanted to quickly post up the steps I needed to do in order to get Unity, my DK2 and the new Oculus 1.3 runtime to work together. 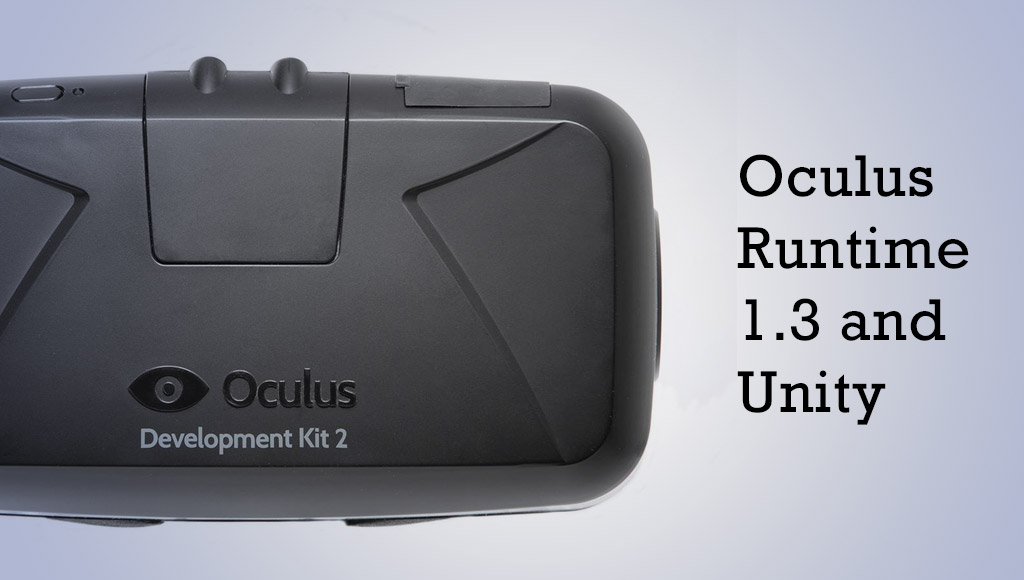 Yes, it is possible to get this all to work nicely!

A big thank you to Joshua Corvinus for helping point me in the right direction with some of this!

Can I switch back to older runtimes?

It turns out, there is software to allow you to do this! The Oculus Runtime Switcher can allow you to switch the Oculus runtime version you are using so that you can run older incompatible apps. I haven’t had a chance to try this yet but it may help others looking to do the same. If you have had luck with this option, let me know in the comments. Especially if you have any tips to share!

For those of you, like me, who were worried that they wouldn’t be able to show the Blocks demo to the uninitiated — never fear! The Leap Motion team have updated a bunch of their applications, including Blocks, to work with the new runtime. I’ve downloaded the latest and shall be continuing to show it to as many people as I can. Such a good demo…

One last note of caution

I’ve been told there is potentially some questionable stuff in Oculus Home’s privacy policy. They are apparently including some monitoring software to track marketing efforts and so on. Just a word of caution on this one for those who are concerned about their privacy and what’s being sent out of their computer!

Hope that helps DK2 and Unity developers continue their VR aspirations! Have anything to add? Any tips or tricks? Feel free to comment below.