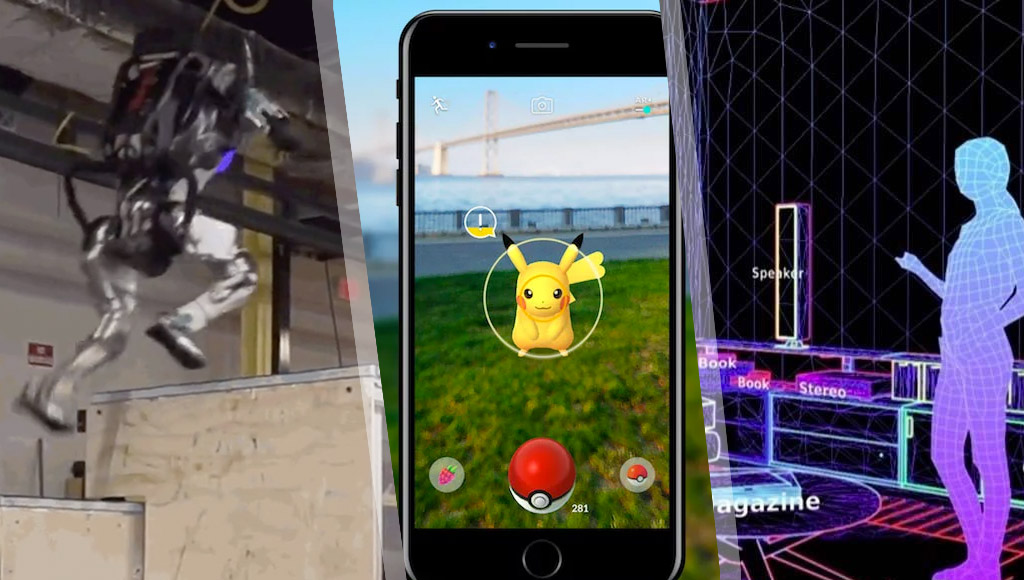 John Carmack announced on Twitter that his personal legal dispute with ZeniMax is over, but Oculus is continuing to appeal.

The modern alternative learning resource: time to drop the ban on phones in schools?

Partially because of VR/AR — should we let kids have phones in school?

Using the 3D depth maps stored with portrait photos taken recent dual-lens iPhone 7+, 8+, X or XS, you can create 3D photos to view on Facebook’s feed or in VR on the Oculus Go using the Oculus Browser or on the Oculus Rift with Firefox.

A journey in some interesting Italian VR startups at Milan Games Week 2018: AnotheReality, Beyond The Gate and many more!

SkarredGhost interviewed some VR Italian startups, like Beyond The Gate and AnotheReality.

7 Miracles, one of the longest feature-length cinematic VR films ever produced, a VIVE Studios production about the miracles performed by Jesus was the winner of the “VR Film of the Festival” grand jury category.

This AR assistant concept is a pretty solid look at how we might interact with technology in the future.

The Sims FreePlay now has an AR cooperative build mode which “allows players to cooperate in building their virtual dream homes anywhere they’d like in the real-world”.

Adobe is building the Photoshop for AR (it’s called Photoshop)

It’ll use ARCore’s depth-sensing to properly put Pokemon into your real world, they’ll know how close you are to them and how fast you’re moving towards them.

Snapchat becomes Snapcat with AR lenses for your feline friends

Finally you can take AR snaps with your cat!

NASA JPL may have given us a preview of next gen HoloLens. Actually not.

This potential sneak peek of the HoloLens 2 actually was an early HoloLens 1 prototype that NASA had — but it was a fun bit of excitement while it lasted!

One early VR content pioneer is switching its focus to AR and XR.

Next Reality spoke with the Magic Leap CEO, Rio Caraeff, in an interview on Magic Leap’s approach to date.

One announcement at the L.E.A.P. developer conference was AR Porgs — sadly only on Magic Leap.

“Spektral’s technology applies machine learning and spectral graph theory (the study of connections on a graph) to remove backgrounds from images and videos in real time.” (basically like a real time green screen).

Magic Leap has announced a financing option of US$96/month to gradually pay off the device.

When clocks change for daylight savings, we don’t have the standard 24 hours in a day. That messed with things which Apple has since fixed.

How Jamal Khashoggi’s Apple Watch could solve his disappearance

Jamal Khashoggi went missing in Turkey last week, some are asking whether his Apple Watch could help solve the mystery of where he is.

It’s a wearable cubicle from Panasonic!

That Atlas robot might be doing parkour now, but it still can’t chase you up the stairs

Boston Dynamics now have their robots doing stuff that I definitely can’t do but should probably practice so I can compete in this new world order.

Or we could all control these robots using our thoughts…

Fortune cookie-style fortunes… they fed this AI thousands of inspirational expressions to see what it would come up with. “The first man gets the oyster, the second mouse gets” was just too deep for me.

Removing bias and aligning AI with humanity makes sense for the future of AI.

Microsoft’s CEO says that AI can help deaf people communicate, but the algorithms need to be fair.

“Project Malaikat” is a 3D printed hybrid bipedal walker and quadcopter robot — Hackaday has links to the 3D models available to download.

These new IBM tools should help streamline the deployment and management of AI and cloud systems.

“MIT annnounced a $1 billion commitment to create a new college and make artificial intelligence and computing a part of education for all its students”.

Vector, the new cute little robot companion by Anki, is available to order. It’s a newer robot from the team that made Cozmo.

If SETI uses off-the-shelf hardware & software for AI — can’t you?

The Search for Extra Terrestrial Intelligence is using tech that you could find for your own builds — here’s a look at what they use.

Pixel 3 review: a phone made better with AI

There’s a whole lot of AI in the new Pixel 3 phones.

When a drone crashes into an airplane, everyone has a bad time

Here’s a look at what could happen if a drone hits an airplane — a reality we hope never to see but feels ever so likely with more and more drones about.

I’m not sure if this is really what AI will bring, but it would be nice if so.

Amazon’s AI system which filters through CVs to select the best ones to put forward for human interview, was dismissing women.

Researchers have created a new tool, called ‘DiffProf’ to help guide devs to reduce battery drain in their apps.

Google Home Hub — Under the hood, it’s nothing like other Google smart displays

Google’s own smart display is set to compete with the Amazon Echo Show — it has one big difference — there’s no camera. It also doesn’t use Android Things but a version of the Chromecast platform.

TechCrunch compares these three smart displays to show the differences amongst them.

The battle for the home

This Stratechery piece looks at which company “will win the race to be the computer within which users live”.

The UK government has worked with industry partners to develop a new voluntary Code of Practice to improve security and consumer safety.

There is a new firmware release bundled with OnionOS for those with Omega boards — it includes a totally new Wi-Fi driver, a fancy new “onion” util script and OnionOS has a bunch of changes too!

People were unable to turn on/off their smart alarms for their connected homes due to a maintenance issue.

Amazon’s proposed system doesn’t need to ask people whether they’re ill – it would just know automatically by analysing their speech and listening for coughs.

This developer uses Node-RED to get alerts from his washing machine. Here’s how.

Microchip announced an IoT development board that aims to streamline IoT device development.

Last but not least, a Hackster feature that Doctor Who fans will appreciate! Allons-y!