This week we have an AI-powered park in Beijing, a robot that just might be able to help save the Great Barrier Reef, a group of Hollywood UX designers’ released a real smartwatch and wearables had some big successes! 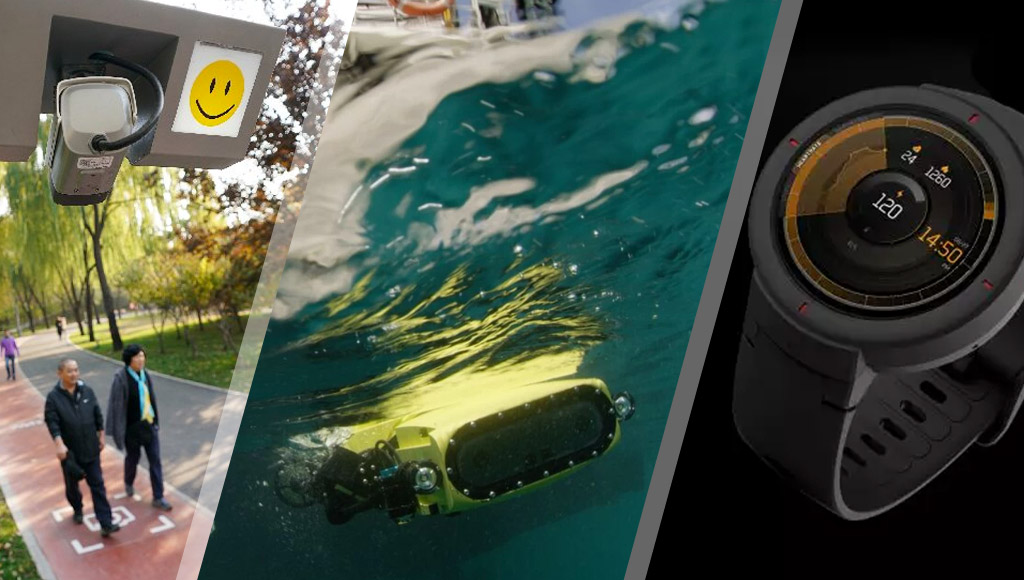 An AI-powered Beijing park, a robot that hopes to save the Great Barrier Reef and Hollywood UX designers’ real smartwatch!

Looking for a cheaper VM?

Mjenzi Cloud has an enterprise-grade IaaS cloud services platform that will power your cloud journey quickly, efficiently and affordably with data centres in Australia as well as the east and west coast of the US. If interested, get in touch with cloud@mjenzi.com and let em know you heard about it from Dev Diner!
(Thank you to Mjenzi Cloud for sponsoring this week’s newsletter!)

These are the biggest gripes VR fans have right now

A post on the r/Vive subreddit has hundreds of comments around the topic of “What DISAPPOINTS you the most about VR?”. Worth a read to see where we need to improve.

TechCrunch say Facebook has abandoned their plans for a next-gen Oculus Rift headset in favor of minor hardware updates to the original model — referred to as “Rift S”.

Virtual reality is being embraced by Walmart, Boeing, UPS and other F500 companies as a training tool — so much so that CNBC covered it in this piece! They say “the rise in retention rates and productivity numbers so far have been impressive”.

The Electronic Frontier Foundation launched a VR app to teach us how we can be spied on.

Skarredghost had an interview with Donald Greenberg, one of the father’s of CGI, about the future of VR.

HTC is committed to the larger XR, AR, and VR ecosystem for Vive

HTC’s Rikard Steiber says the company continues to invest in the Vive VR ecosystem, from “providing developer awards to changing the hardware”.

Muse is partnering with Microsoft for a special VR pre-show.

Jaunt is in talks to sell its cinematic VR business to other companies, according to VentureBeat.

It “blends virtual reality racetracks with real-world racing”. What a neat idea!

Apparently, “5 billion people don’t have access to safe surgery due to a lack of trained professionals” — so simulations like this could help train beginners at least.

Magic Leap releases series of video sessions from inside the L.E.A.P. conference

Magic Leap released a bunch of videos from their conference at the link above, as well as a second set around medical, audio and AR cloud here.

Web VR/AR add some challenges to providing web security and privacy concerns. “Problems that are already difficult on the 2D web, like permissions and clickjacking, become even more complex when users are immersed in 3D”.

Samsung will focus on augmented reality at Developer Conference

Samsung are expected to debut its “Project Whare AR Cloud Service” at their developer conference, along with six AR-focused sessions.

Karl Guttag looks at the Varjo foveated display AR headset and gives some good technical detail on how it works.

“ABC News is breaking out the big guns with a new augmented reality experience to win over eyeballs of viewers”.

Niantic Labs announced the release of an overhauled version of their location-based AR title, “Ingress” which is “Ingress Prime”.

Samsung is getting into the persistent AR world arena, mimicking earlier efforts by Google and Apple to create real-world AR anchors shared via the cloud.

According to Business Insider, Leap Motion was apparently in talks to be acquired by Apple twice — but it hasn’t worked out both times. This could be a sign Apple is still missing a piece of the AR puzzle (hand tracking?) — or they could just want the talented team at Leap Motion to join their quest to build AR?

Need a price check? Just use the iOS app!

A two year renovation has resulted in an AR-like experience at The Crossroads lobby that uses Unreal Engine.

Their smartwatches are now 49% of their revenue (they used to be under 10% just a year ago)! Smartwatches are paying off big time right now for them.

Apple are finding success with their wearables too – they don’t say which in particular but it’s likely to be a mix of the new Apple Watch and the AirPods. Go Team Wearables!

The Huami Amazfit Verge is what these Hollywood UX designers think a smartwatch should look like.

The latest update has a refreshed interface and improves performance on both the first and second generations of the product.

Samsung patent reveals its next smartwatch may feature physical hands

An upcoming Samsung smartwatch might indeed have physical hands to tell the time!

The LarvalBot is an experimental robot that aims to revive damaged and dying parts of the Great Barrier Reef. This is the sort of tech that could change the world and I really hope it works!

“Creating software that learns can be taught as a craft, not as a high intellectual pursuit to be undertaken only in an ivory tower. Fast.ai’s course can be completed in just seven weeks.”

What algorithmic art can teach us about artificial intelligence

The Verge has put together a video on what the world looks like to an algorithm.

New reports from Forrester Research examined “the far-ranging impact of AI and automation on enterprises in the coming months”.

A curious use of AI — determining what makes a good movie.

What the Boston School Bus schedule can teach us about AI

“An MIT team built an algorithm to optimize bell times and bus routes. The furor around the plan offers lessons in how we talk to people when we talk to them about AI”.

Samsung wants developers to make Bixby less of a dunce

“Samsung plans on opening up Bixby to the development community, allowing developers to create features for it”

AI lie detector to screen travelers at some EU borders

“Travelers to Hungary, Latvia, and Greece will be given a lie detector test—conducted by computer-animated border agent”.

“Unlike previous efforts, which typically sought to ‘break’ the algorithms by removing key words from inputs to yield the wrong answer, the researchers instead reduced the inputs to the bare minimum required to yield the correct answer”.

Researchers have developed modular robots that can perceive their surroundings, make decisions and autonomously assume different shapes in order to perform various tasks — an accomplishment that brings the vision of adaptive, multipurpose robots a step closer to reality.

Watch this little robot transform to get the job done

A modular, self-reconfiguring robot that adjusts to suit the task at hand!

Microsoft wants to train all your brains in AI smarts

Microsoft “aims to reach as many as half a million Brits through a mixture of face-to-face classes and online tutorials”.

Google debunks claims its Home Hub is a security nightmare

An unauthenticated CURL command can reboot the device (and apparently you can access data too in other ways) but Google says that can only be done by a device on your home network itself.

“Starting this week, developers can design skills with APL in all locales supported by Alexa and test them in the Alexa Developer Console”.

Here’s something to try if you want to get started with Arduino stuff!

The IoT needs a new set of eyes

IEEE Spectrum had a piece on cameras for the IoT moving to the edge to communicate with local gateways and such.

All About Circuits have a competition to win one of five BLE IoT Development Kits!

Making plastic PCBs with a laser cutter and chemicals