Wednesday, May 11th, 2016 by Patrick Catanzariti

This week was dominated with memories of retro virtual reality systems, from Atari’s secret efforts, to a Nintendo Virtual Boy emulator now available on Cardboard and Gear VR. AI also is moving quickly, with an exciting AI assistant on the way from the Siri creators called Viv, Facebook’s AI is building algorithms to help build AI and one AI fooled students studying AI for weeks by masquerading as a real teaching assistant. This is the world we live in. 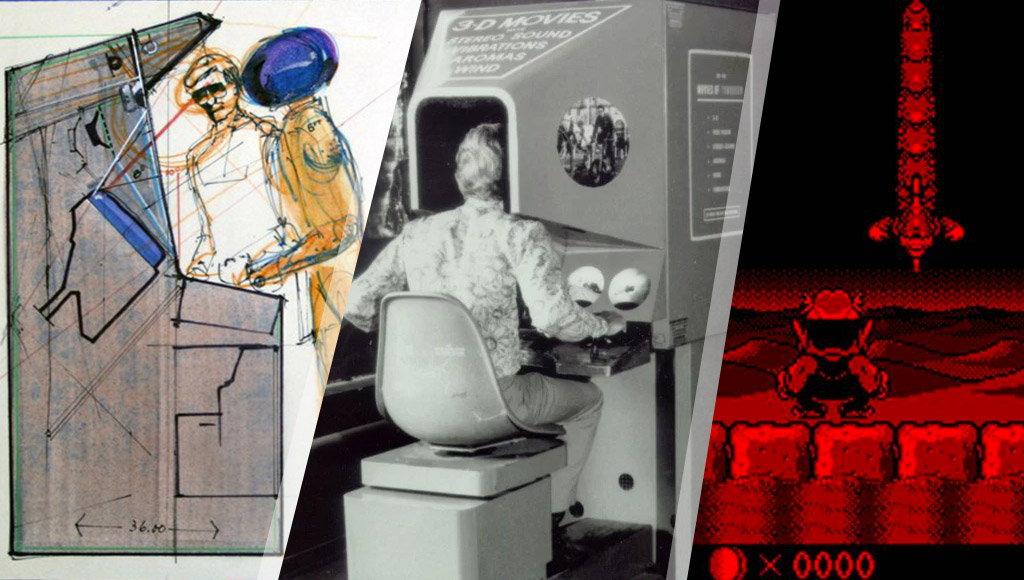 In a first for Dev Diner, we actually went along to CeBIT Australia and had a bunch of video interviews with keynote speakers and businesses exhibiting at the event. The interviews are also available in audio format on the Dev Diner podcast for those subscribed! Two of those interviews are up so far and both are filled with some handy tips and insight:

Steve Sammartino, author, keynote speaker and marketer extraordinaire spoke about emerging tech, how it is impacting the world and how developers can take advantage of it.

Kathryn Parsons and Chris Monk from Decoded spoke to me about improving digital literacy and their thoughts on emerging tech.

If you are in Sydney and keen to learn to build a virtual reality app with Unity, I’ve teamed up with Academy Xi to offer a VR and Unity workshop for beginners!

Unreal Engine 4.12 Preview 3 brings over 60 bug fixes. Check it out but remember it’s still in preview, so it’s not recommended for production projects yet.

“V” is a VR dashboard that brings a web browser into your VR worlds.

Universal VR developer mounts for Leap Motion and the new VR headsets (Rift and Vive) are available for pre-order. Shipping by May 31st!

Also on the Leap Motion front, there are a bunch of new features in Leap Motion’s Unity assets, including Vive support!

One group is working on ways to bring haptic feedback to your virtual worlds using exoskeleton gloves.

WIRED had a nice look at how we will work virtually in our VR future that looks at Altspace VR and High Fidelity’s efforts.

It turns out that virtual reality just might be able to cure severe paranoia.

Here’s a video that explains how lenses work for virtual reality headsets.

The Guinness record is now set at 25 continuous hours in a single virtual reality game. The game of choice this time? Tilt Brush.

It turns out, Atari had some intriguing secret VR experiments back in the 1980s!

Continuing on through the history of VR — Gear VR and Google Cardboard now have a Virtual Boy emulator!

SteamVR now lets you skin your controllers and base stations. Kinda neat.

On a rather serious note, anyone in VR needs to read the following article. Virtual reality has a sexual harassment problem that needs to be addressed. It’s not cool guys.

Here are the full processor, storage and RAM specs for the Microsoft HoloLens!

A look at the challenge and opportunity of augmented reality by Recode.

A 3D camera and a sandbox turn into an augmented reality arcade game!

PayPal have been granted a patent for payments in augmented reality.

Antony Clements wrote a piece for Dev Diner on the ultimate wearable, e-skin, and where it may lead.

Speaking of skin… SkinTrack turns your skin into a touchscreen for your devices!

Thai students were caught using spy cameras and smartwatches in a rather elaborate attempt to cheat on their medicine exam.

Siri’s creators released the first demo of Viv, a supercharged AI assistant built by one of the Siri creators. It will come with a developer center for people to extend its functionality with and it looks incredible so far. They’ve got something called “dynamic program generation” — software that writes itself based upon your queries. More detail is here. I’m super excited to try to build on this.

Aido, an Android-based robot, is available for pre-orders and has a developer edition available!

Soon, AI will “become intangible, indistinguishable and incomprehensible for humans“.

Here is a DIY Amazon Alexa app that can summon a Tesla Model S! (Summon it out of the garage at least…)

This neural network tries to generate GeoCities web pages. It’s not incredible just yet but interesting to see!

Google is teaching its artificial intelligence systems the art of conversation from romance novels?

We are already in a future where Facebook are building AI algorithms that can help build AI algorithms. That’s happening. Right now. Whoa.

Ai is even teaching us about AI — computer science students studying AI were fooled by an AI teaching assistant for weeks.

Building an autonomous rover with a PXFMini and a Raspberry Pi Zero.

Will.i.am is working to build wearable AI that “can live in anything“.

Meet EMILY, a robotic lifeguard for our beaches and waterways!

The University of Pennsylvania has different use for robots — providing a way to give horses a CT scan without anesthetic.

Looking for a drone? Make has a 2016 guide to drones that might help!

Here is a curated list of awesome TensorFlow experiments, libraries, and projects for all those looking to get into deep learning (thanks to Versioning for this one!).

If you’re interested in getting into IBM Watson development and have a Raspberry Pi handy, I’ve begun a series on that very topic over at SitePoint! The first one is right here — connecting a Raspberry Pi to IBM Watson, Bluemix and Node-RED.

Using an Amazon Echo to start a car, keep it warm and toasty on winter morning.

You could also track your car using a Particle Electron, IFTTT and Google Docs!

Baidu Deep Speech has a recognition rate that is more accurate than most native Mandarin speakers!

This is plenty cool! Panasonic is bringing smart city technology to Denver.

A semaphore/set of tiny traffic lights for your desk using an ATTiny13, LEDs and an Arduino Uno.

If you’re keen on trying new IoT prototyping platforms, LX IoT Cores looks pretty fascinating. You can sign up to their beta list to get early access when it’s up!

Here’s a quick overview from Intel on developing with Node-RED.

What to know when starting an Internet of Things business.

Microsoft’s pre-touch sensing brings a really really cool level of new interaction capabilities! It can detect when you are *almost* about to touch the screen. It’s like iOS’ depth touch but from above and with a whole range of other capabilities.

To finish off the newsletter, I’ve also got a free webinar at SitePoint on JavaScript and the Internet of Things tomorrow. Come join in and say hi!

Thank you all for staying in touch and being a part of the Dev Diner community by subscribing to this newsletter! I’m available via email, Twitter, Facebook and Snapchat! Say hi!