This week has more augmented reality news than ever before, which is a great sign for 2017! We had a Magic Leap R&D test rig photo leaked, a look at a Magic Leap AR shopping patent, multiple demos of new ways to share HoloLens experiences and so much more! Oh, and Beyonce tried Magic Leap and thought it was boring. 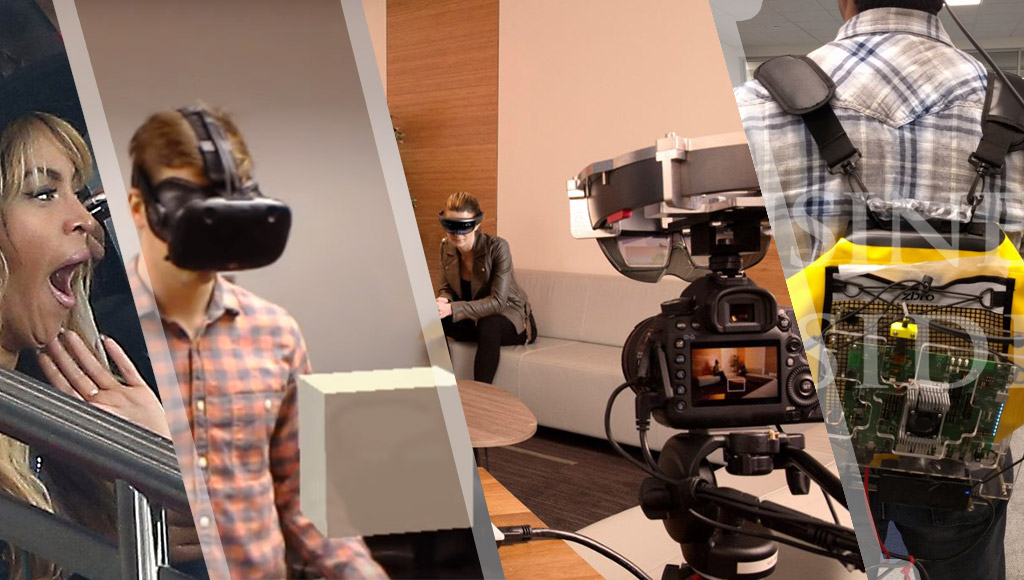 Just look at all that augmented reality innovation!

Bringing your whole body into virtual reality with Immotionar

The Immotionar guys are doing inspiring and incredibly ambitious work!

Mikayla Gowaty looks at a really interesting concept in this Dev Diner piece on monetising your VR apps with interactive product placements.

More signs that education is going to work wonders in VR.

Creating a VR character: How we made Yep

A really fascinating look at the process involved in creating a VR companion called “Yep”.

Templates for sketching out VR ideas! Worth a download for sure!

Friend of Dev Diner, Eva Hoerth, looks at how we can help social VR go down the right path.

A new version of the Google VR Unity SDK is out, here’s the release notes.

Inside of a Vive controller

They took apart a Vive controller to get a better understanding of its tracking.

We tried an underwater VR headset, and it worked

Now that’d be an experience!

REVEALED: This is what secretive billion-dollar startup Magic Leap has been working on

The first public photo of a potential working prototype Magic Leap has of their tech. People were disappointed. But wait, there’s more…

Turns out it was just an “R&D test rig where [they] collect room/space data for [their] machine vision/machine learning work”.

I would totally use Magic Leap’s augmented reality price-checker

A look at one of Magic Leap’s fascinating patents for mixed reality shopping.

Beyoncé reportedly tried Magic Leap, and thought it was boring

While we all wait excitedly for a glimpse at the tech, Beyonce wasn’t sold.

Sharing reality between the Vive and Hololens is a good look at where the two areas of VR and AR are inevitably leading. This is fantastic!

A different sort of shared reality — the HoloLens and Surface Studio working together for 3D design!

Microsoft has provided a new toolkit for video capturing what is being shown inside a HoloLens. Here’s their official post for more info too.

A different sort of AR! It turns room objects into “virtual remote controls”.

A specifically designed pair of safety glasses with AR that were shown at CES. (Thanks to Landon for this one!)

8i raises $27 million round for augmented reality holograms

Lots of investment happening in the space now which is great!

We’ve got two smartwatches from LG to introduce the new Wear 2.0 with more coming from other manufacturers this year.

Wareable had a positive review of one of the new Android Wear smartwatches.

Just like in TV shows and movies, Google can enhance pixelated photos.

Pay people with a Slack bot!

It will have a new virtual assistant named Bixby that surprisingly isn’t using Viv, the AI tech they acquired last year. It is instead a relaunched version of the S Voice service.

The world through the eyes of a self-driving car

An interesting look at how neural networks recognise traffic lights.

The AI threat isn’t Skynet. It’s the end of the middle class

This is something that needs to be discussed and prepared for now by governments, corporations and society as a whole. As WIRED’s article says, “The rise of driverless cars and trucks is just a start. It’s not just blue-collar jobs that AI endangers.”

If you’ve got an Internet connection and want to learn more about AI from the comfort of your own home, sign up for this! The online developer conference, AI With The Best, is on April 29th and we’ve got discounted tickets at the link above (or use the code WTBVIP).

The Amazon Tap will soon be able to listen for its name like the others!

Its connected devices joined a botnet with 5,000 discrete systems at the university making hundreds of DNS lookups every 15 minutes. Yikes.

Lots mentioned here, but the biggest revelation is that Amazon CEO, Jeff Bezos says the Echo isn’t about raising Amazon online orders — “voice interface is only going to take you so far on shopping”.

Vizio smart TVs tracked viewers around the clock without consent

They tracked a whole lot of viewing from their customers secretly!

How many startups does it take to change a lightbulb

A nice look at setting up a connected lighting system in a renovated startup office space!

A bunch of tech projects your kids could enjoy!

Remote control dog! Your mileage may vary. His test… didn’t quite work.