There is an answer to every virtual reality content creator’s biggest fear — revenue. It is still early days in the emerging VR/AR space, but one solution is worth considering if you’re looking for a way to fund your application — immersive advertising. 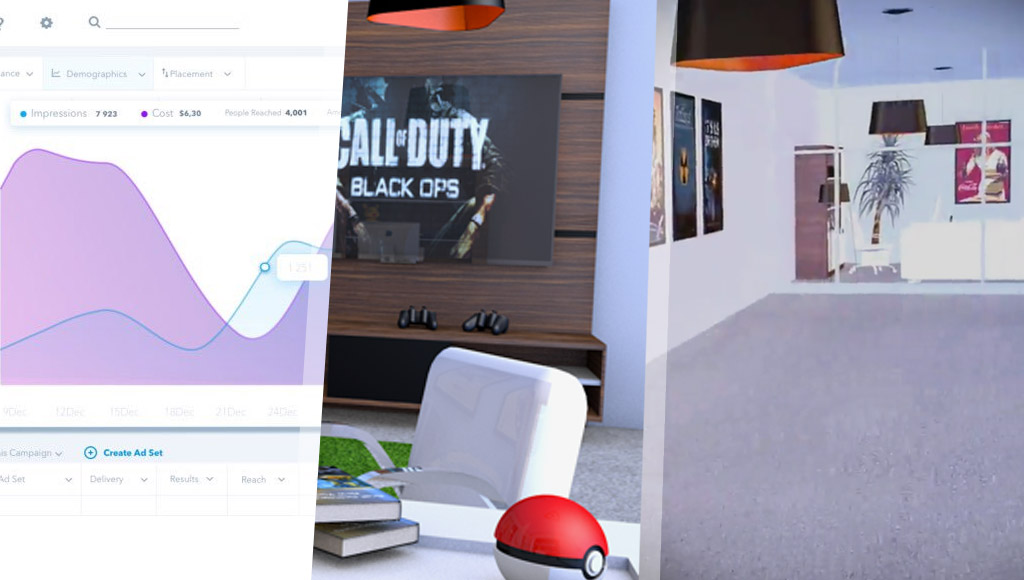 A few shots of the Get Virtual VR advertising platform

As I’m sure most of you know, revenue generation has been a major hindrance for VR/AR startups. The market is not buying products at the rate in which developers need to justify the continuous development of software, and hardware companies aren’t selling at the rate they would like because of the lack of available software!

It is the dilemma of the chicken and the egg.

Aside from the saving grace of an angel investor or a VC, these startups don’t have much of a chance at staying afloat. If you believe in the power of VR/AR and the significant impact it will have on our lives in the future, this idea is terrifying.

This is the real value of advertising in immersive environments. It goes beyond making a simple buck and it has the potential to drive this industry forward in a big way. If you’re a developer considering getting into any form of immersive reality, this is great news for you because revenue is genuinely attainable through immersive advertising. I’m especially passionate about this area as I work at Get Virtual and we produce a product, Holonodes™, for this very purpose!

Let’s take a moment to admire the value of these product placements before I tell you how it works.

Product placement has been around forever and for good reason — it works! When Jules Vern was writing “Around the World in 80 days” in 1873, shipping and travel companies vied for a mention in his anticipated book. Since then, these types of promotions have become even more valuable. Subtlety is key.

“Enticing a consumer to buy is as easy as presenting the product at the right time because it can actually induce a desire. Look at that pizza, now you’re hungry!” — Get Virtual

This is especially useful in virtual reality because you are quite literally in a scene and the products become real enough to touch! 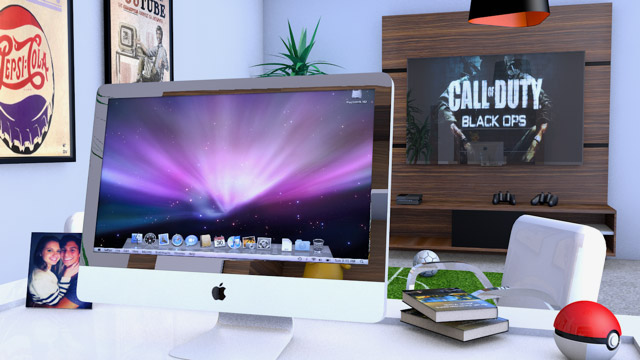 A virtual office scene with an assortment of ad placements

So, when I say advertisements, that’s what I mean! So let’s all get the idea of a greasy used car salesman out of our minds! These advertisements will not disturb the virtual experience in any way and, in some cases, can make it seem more realistic because we are used to seeing branded products in everyday life.

How can you do it?

Developers, I want to reassure you that virtual reality startups building applications with 3D integrated advertising is definitely a feasible option as an income stream, and isn’t too tough to integrate. The process of integrating Get Virtual’s Holonodes (the ad space) is simple and a one-time event. As a developer, you integrate Get Virtual’s code in the location you want the object to appear. On the dashboard, you determine what kind of products are appropriate to show up in that spot.

For example, you can request one Holonode to show various content such as; a video, or a 3D object, or a display ad (images, GIFs and/or banner ads), and even have the Holonode show a text block. You can then determine what type of content is appropriate for your industry and segmentation; especially when selecting “static” objects to appear in your content — which is 100% customisable. 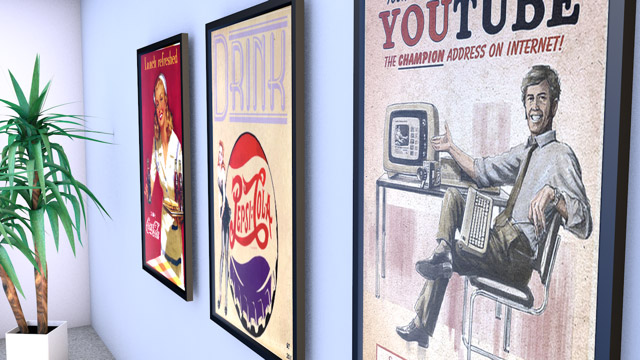 Hanging frames with advertisements on a virtual office wall

Get Virtual founder, Michael Rapoport, says  “A single ad space can have multiple brands bidding for it, that’s the beauty of Dynamic Advertising”. This means your content can generate a continuous source of ad revenue and your focus as a developer is on your application, not business models.

The key to dynamic advertising is the Holonodes that are placed into the environment one time. Think of them as a placeholder that can hold any advertisement. This is a huge improvement on currently used static advertising because it doesn’t require the environment to be redesigned every time the ad needs to be changed.

Con — Add-ons to improve the UX have a cost

The basic VR player with our platform pre-installed is free, but with every free system there are paid upgrades. While the free system is definitely an option and you can try it out for as long as you like without any investment if you’re serious about making ad revenue an upgrade will be necessary.

Advertisements are content for your environment so you do not need to create it yourself! All you, as the developer, has to do is specify a Holonode ID that will restrict the type of content, so you don’t end up with a car in the bathtub or a chair on the table.

Con — There is a learning curve

It’s a completely new software platform so a learning curve is likely, but it should only be about 20 minutes for a seasoned developer.

Just like Google Adsense, Get Virtual is a bidding system, which maximises every ad space. Static ads in virtual reality are a one-time cost and a one-time benefit, but the dynamic system allows for that single ad space to be sold many times. 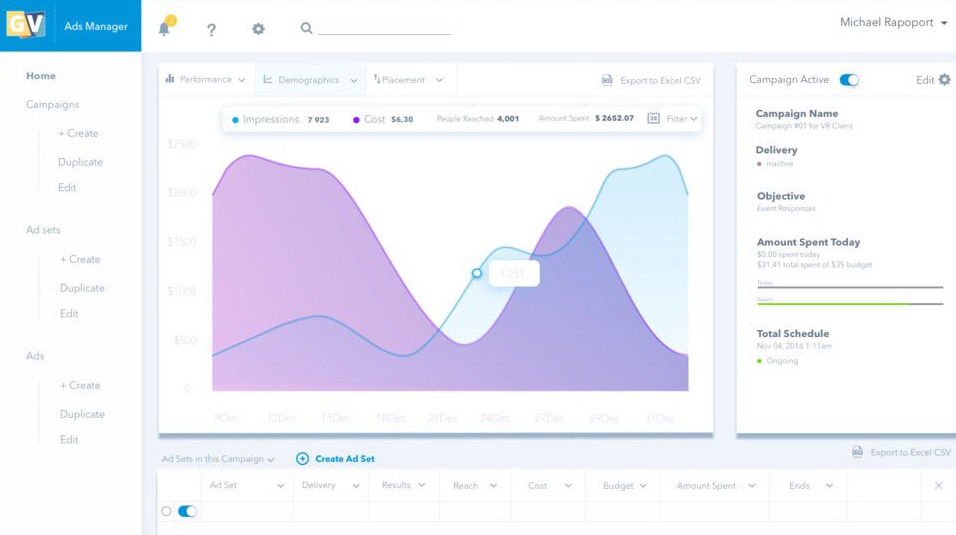 A preview of the Get Virtual ad platform dashboard!

With VR development increasing, more and more users are interacting with Virtual Reality in a way they’ve never imagined. This drive of traffic to various content can be extremely valuable to businesses and brands trying to expand their market reach and increase sales.

With VR advertising platforms like Get Virtual, developers can confidently sell “Virtual Ad Space” (Get Virtual’s Holonodes in this case) to increase digital ad sales. Here’s an early teaser video that shows the platform concept:

For example, a medical application in VR can promote a new prescription drug with a 3D model that is placed in the environment. Consumer brands can place a 3D model of their product into a 360 video. A 360 video concert can place Holonodes across the stage to sell relevant products or place a video on a screen that promotes a new concert in town.

Developers can confidently dive into the VR/AR space knowing that revenue generation is possible and that your project will not fizzle out due to lack of funds.