Smartwatches are actually pretty incredible things. We are in an age where we can wear relatively powerful computers on our wrists (a very cool age indeed!). This has lead to inevitable smartwatch hackery by some very talented people who’ve run the unexpected on their smartwatches. Here are six of my favourites, along with some links to how you could get started doing your own tinkering! 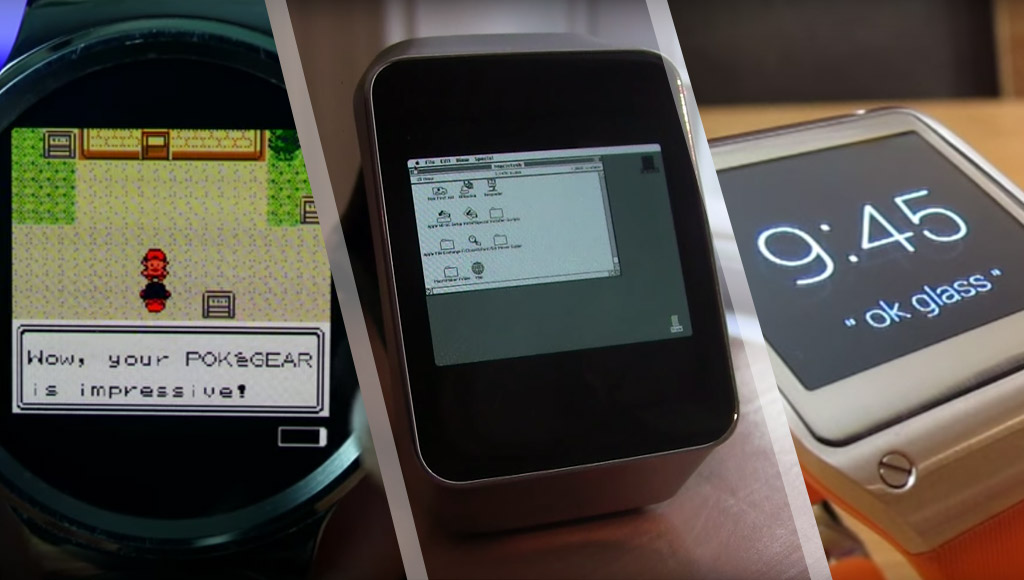 Just three of the hacks we’ll be taking a look at below!

A friend of Dev Diner and avid Pebble developer, Ishotjr, put together a phenomenal demo where he ran a DOS command line interface and controlled it with a Gameduino 2 as the keyboard. For ol’ school DOS users like myself, I was blown away seeing this!

Yes, it genuinely has been done. The device does not have internet connectivity, so online gameplay isn’t quite possible, however it does manage to run in a rather cramped window at about 20 frames per second. I’m impressed it was possible at all. Dave Bennett, this is impressive stuff!

If running Counter Strike wasn’t impressive enough, 15-year-old developer Billy Ellis managed to make a simulation of OS X Yosemite that runs on the Apple Watch. This is another of those projects that absolutely amazed me! This is fantastic work! Previously, he had managed to get iOS 4.2.1 running on an Apple Watch too. That’s talent right there.

Corbin Davenport is another talented guy who managed to get the Apple Macintosh II OS emulated on his Samsung Gear Live! He has also managed to get Windows 95 running on Android Wear too.

Another talented enthusiast when it comes to smartwatch tinkering is Martin Hamilton, who was able to run the Google Glass software on the Samsung Galaxy Gear! He can even interact with it over voice which is seriously very very neat!

I was actually aiming to have only one hack from each developer here, but this really recent hack from Dave Bennett just had to be shared here! Pokemon. Gameboy Color Pokemon. On a watch. I’d buy an Android Wear watch just to try this.

Trying this at home

If you’re interested in giving any of this sort of thing a go (and you’re game enough to not worry too much about bricking your smartwatch… some of these are risky), there are a few resources online that might help get you started: